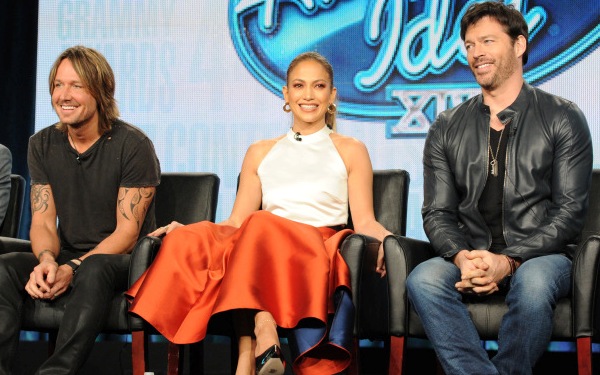 PASADENA, Calif. — All of the auditions have been completed for FOX’s 14th edition of “American Idol.” Now, the singers must impress this year’s panel of judges — Harry Connick Jr., Jennifer Lopez and Keith Urban — to stay in the running for the crown.

Connick first appeared on a season nine episode of “American Idol,” which aired May 4, 2010. He was a mentor for the top five finalists. He was back as a mentor in season 12 and moved into a judge’s chair for season 13.

We talked with the New Orleans native about picking and judging the competitors.

Q: Is there a difference in talent depending on the city hosting the auditions?

A: I think you see probably a higher percentage of talented people in the bigger markets, like Nashville and New York. We certainly did this year. But that’s not to say that there haven’t been some real jewels in the smaller markets as well. It’s kind of a mix, though. We expected great talent to be in Nashville, and we saw it. We expected great talent in New York, and it was incredible.

Q: Are shows like “American Idol” hurting the music industry?

A: Somebody came up to me awhile back and they said, ‘I don’t like “American Idol’.” I think these young musicians should pay their dues.” I said, ‘OK. Let me explain something to you. When you audition and if you get out of it in the very first round, I would call that experience. You’ve experienced something. If you make it all the way to the end and win, you have basically taken six, eight, 10 months out of your year and dedicated it to the most rigorous, intensive, high-pressure experience.’”

Q. Is it easier or harder to find talent now that the show has been on the air for a decade?

A. I think that it’s great there are many benefits to having the technology in your back pocket for young people. It’s opened up so many doors and provided creative opportunities for so many people. But one of the drawbacks, and I really noticed this in New Orleans, people were coming in that were from New Orleans and the surrounding areas that didn’t sound like they were from New Orleans when they spoke, when they sang. The music didn’t sound like it. There was nothing indigenous about the music. And I think that comes from being able to be influenced by anything, anywhere, anytime.

Q. Is being on the show really that hard?

A. I give it up to anybody who will get on the ‘American Idol’ stage and take that ride. It is one of the most grueling entertainment experiences I have ever seen.

Q. Will the judges perform with the contestants more this season?

A. It will remain separate, and it should really. There wasn’t really an opportunity for us to perform with anybody on the stage that was competing last year. The hardest part for us as three performers is to sit behind that panel and watch other people perform and not be able to do it. So many times we want to jump up there and do it. So I think if there’s any performing to be done, hopefully it would be something like it was last year because that was one of my favorite parts of the show.

TV Time
The Paley Center celebrates the holiday with with a look at "Jingle Jangle: A Christmas Journey"
411 views