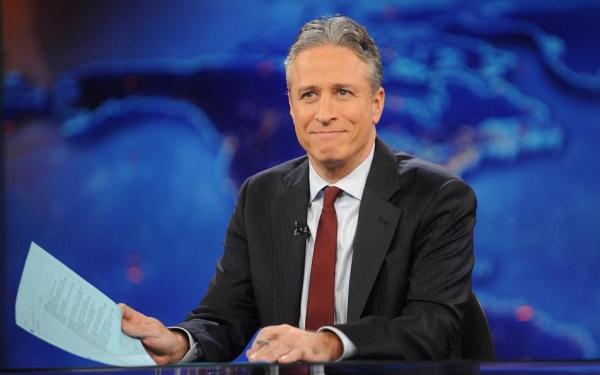 LOS ANGELES—Jon Stewart plans to step aside as host of Comedy Central’s “The Daily Show” later this year, ending a 16-year run that changed the way Americans view the news.

Stewart, 52, made the announcement at the end of his show Tuesday in New York. Under his watch, “The Daily Show” navigated new frontiers in comedy and journalism. He tweaked newsmakers and news organizations with equal relish, along the way influencing the media elites he frequently pilloried.

“In my heart I know it’s time for someone else to have the opportunity,” Stewart told viewers. “This show doesn’t deserve any even slightly restless host, and neither do you.”

Under Stewart, the show’s stature grew so much that even mainstream news outlets borrowed from it. MSNBC found a hit with Rachel Maddow, a host whose smirking delivery and arched eyebrow instantly recalled Stewart. On CNN, the usually sober Anderson Cooper delivered the “Ridiculist,” a snarky editorial segment that would have been hard to imagine on a news show in the pre-Stewart days.

“He’s been a really significant part of the civic conversation,” said Robert Thompson, a professor at Syracuse University and director of the Bleier Center for Television & Popular Culture. “He and his colleagues at ‘The Daily Show’ did in a comedic mode what the folks at CBS, CNN et al should have been doing in a journalistic mode.”

Comedy Central says the search is on for a new host for the program, which premiered in 1996 with Craig Kilborn at the desk.

“We haven’t set a date for (Stewart’s) final show, but it will be sometime before the end of 2015,” Comedy Central President Michele Ganeless said in a statement. “Through his unique voice and vision, ‘The Daily Show’ has become a cultural touchstone for millions of fans and an unparalleled platform for political comedy that will endure for years to come.”

Stewart offered no details on his future plans. Last year he directed his first feature film, the political thriller “Rosewater.” It earned respectful reviews but only modest box office.

“I don’t have any specific plans.... I’ve got a lot of things in my head,” he said during his sign-off, adding: “I’m going to have dinner on a school night with my family.”

Stewart and “The Daily Show” did not invent the satire of the TV anchor-desk format. David Frost skewered British politicians with his BBC show “That Was the Week That Was” in the early 1960s. And the “Weekend Update” segment — still a fixture on NBC’s “Saturday Night Live” — predates “The Daily Show” by more than 20 years.

But in taking over the helm from Kilborn in 1999, Stewart turned the program into a news-focused powerhouse.

The show won the Emmy award for best variety, music or comedy series 10 years in a row, from 2003 through 2012. It also earned several Emmys for writing.

Although the series has typically averaged fewer than 3 million total viewers per night, according to Nielsen, its influence goes beyond those numbers.

That is especially true among young people, who found in Stewart a sentinel for their disaffection with a mainstream media and a political culture they viewed with suspicion and increasingly found out of touch.

Not content simply to crack wise about newsmakers and journalists, Stewart directed zingers that came with a heartfelt edge — a wise fool raging against hypocrisy, with a pulpit that began to extend beyond the show.

In 2004, he visited CNN’s political talk show “Crossfire” — which features guests who often shout above each other in delivering their talking points — and attacked the program for lowering the terms of Beltway debate.

“I have privately, amongst my friends and also in occasional newspapers and television shows, mentioned this show as being bad,” Stewart said at the time. “It’s not so much that it’s bad, as it’s hurting America.”

Under Stewart’s tenure, “The Daily Show” became a must-stop for newsmakers, including presidential candidates and world leaders. While Stewart has frequently insisted that he is above all else a comedian, his sit-downs with the likes of Donald H. Rumsfeld, Pervez Musharraf, Colin L. Powell, John McCain and Barack Obama have earned him a reputation as comedy’s answer to Edward R. Murrow.

According to a recent Pew study, 12 percent of respondents received some political news from “The Daily Show.”

In a sign of Stewart’s influence on public discourse, the Rally to Restore Sanity and/or Fear — co-hosted by Stephen Colbert and intended as a palliative to an increasingly polarized political climate — attracted an estimated 215,000 attendees in 2010.

And his stature is such that NBC reportedly considered hiring him to replace David Gregory as host of the Sunday morning public affairs show “Meet the Press.”

Stewart was a stand-up comic struggling to find the right TV hosting perch when he got the “Daily Show” gig. Since then, he has given crucial breaks to such stars as Colbert, Steve Carell, Ed Helms, John Oliver, Samantha Bee and, more recently, Aasif Mandvi and Hasan Minhaj.

Colbert left in 2005 to start a spinoff, “The Colbert Report,” which became a brand unto itself, with the title star playing a bombastic conservative talk-show host.

Colbert ended his run on that program to take David Letterman’s job on CBS’ “Late Show” after Letterman retires this year. Comedy Central replaced his show with a new one starring longtime comedy writer-producer Larry Wilmore.

Ganeless signaled an intention to keep the “Daily Show” brand intact, but that could still mean changes beyond the host. After Stewart’s arrival, the program moved from silly comedy to more pointed, topical material.

One possible replacement would be Oliver, the British-born host who won raves filling in for Stewart in 2013 and who now hosts HBO’s “Last Week Tonight.” But Oliver said last week at a media breakfast that he had no intention of leaving: “I love it here. I can do anything.”

Whatever Comedy Central does next, Stewart has given the new host a tough act to follow.

As Thompson said, “I pity the poor fool who has to fill the shoes of Jon Stewart.”