Brian Williams had it and he blew it 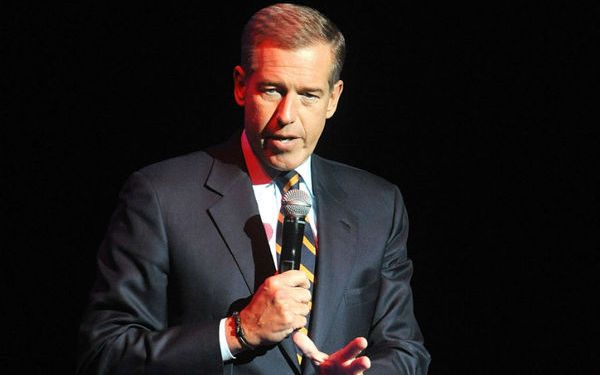 The Brian Williams jokes lighting up Twitter have been cheeky, inventive and devastating. Tweeting under the hashtag #BrianWilliamsMisremembers, people have ridiculed the popular NBC Nightly News anchor for claiming, in an on-air apology last week, that a faulty memory had made him claim to be on a U.S. Army helicopter shot down in Iraq in 2003, though he wasn’t.

Williams explained that he’d been in a helicopter somewhere behind the one that was hit, and had mentally conflated the two. “I made a mistake in recalling the events of 12 years ago,” he said. But even the explanation was hard to believe after people who were there said the aircraft he was on arrived about an hour later. Tweets parodying Williams have placed him in different people’s bodies at the center of different historic events. One from Fox News commentator Andy Levy, picked up by The New York Times, smirked of his career: “Brian Williams will be fine. If he can survive being hit by an R.P.G., he can survive this.”

Humor is a way we’ve learned to deal with confusing and unsettling news. And when that news tends to discredit a news anchor viewed by nearly 9 million people, it’s particularly confusing and unsettling. Until a colleague insisted I read up on the various discrepancies in Williams’ accounts, I was hoping it would all turn out to be some kind of misunderstanding. Williams, after all, has been the lens through which many of us have learned and processed what’s going on in the world every day. We’ve counted on him to deliver uninmpeachable truths, relied on his calm, steady demeanor to help us absorb the magnitude of some.

He has also seemed like one of a disappearing breed — a serious, nonpartisan hard-news journalist, not peddling inane or sensational tripe that other shows increasingly rely on. This especially matters because of the changing nature of journalism. More people are turning to nontraditional news outlets like Twitter for their news. Or they read stories retrieved through keyword searches, packaged by content distributors not involved in their reporting. The line between news and entertainment has blurred as networks put “expert” commentators and personalities in the chairs once reserved for seasoned journalists. In such a ratings-driven environment, journalists are expected to be everything: not just professional but edgy, witty, attractive, fresh, intriguing enough to be tabloid personalities — and even part of the story.

If Williams lied for self-aggrandizement, to make himself seem more heroic or intrepid, or central to a story, was it due to ego? Did he feel pressured to be more than a journalist? Or did he just fall into that sense of power that makes some public figures do ridiculous things and expect not to be caught? In his shoes, would other journalists — would I — also embellish the facts?

Various other news people have been caught faking stories, not double-checking facts or sources, or plagiarizing others’ words or ideas, whether from laziness or lack of skill. But this kind of lie shouldn’t be necessary to do a news anchor’s job, and Williams has been at the top of his career.

He announced he was taking time off after NBC confirmed Friday that it’s investigating this story and others Williams has told. But if it’s true that he has told different versions of this one over the years — in an early version, he spoke of being in a helicopter and learning that a Chinook up ahead had been blown out of the sky — wouldn’t someone at the network have looked into it sooner? This only came out now because Williams took part in an NBC tribute to a retired soldier who had provided security for grounded helicopters. That fit the story line that the veteran had saved his life. But afterward, crew members who had been on the helicopter said Williams hadn’t been there.

Now other journalists are questioning whether Williams was telling the truth in accounts of his experiences covering Hurricane Katrina in 2005. In a 2006 interview, for example, he spoke of having seen a dead man float past the window of his hotel in the French Quarter. Doubters have noted that the French Quarter was elevated and escaped the type of flooding that devastated the lowlands, so bodies were unlikely to have been floating by. There are other disputed events from New Orleans, which NBC said it was also looking into.

Decades ago, news anchor Walter Cronkite, with his steady, reassuring presence, gave Americans of all persuasions a trusted ally even when he brought us bad news. Now, at a time when universal trust in any news source — or anything else, for that matter — is a vanishing commodity, Williams had it and he blew it. And it will be harder for anyone in this business to build.

Rekha Basu is a columnist for the Des Moines Register. Readers may send her email at rbasu@dmreg.com.