Dylan Gardner's debut, an album for the tweens 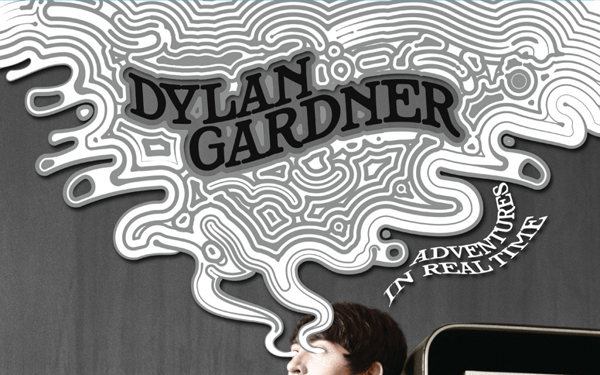 If one thing’s for certain, it’s that pop will never die. With that comes an infinite stream of stars aiming to revolutionize the genre and discover a new potential within its core. That’s where Dylan Gardner, an 18-year-old up-and-coming pop star with a vision, comes in. Gardner’s debut album, Adventures in Real Time, was recently released via Warner Bros. Records.

Inspired by the classic rock legends of the 60’s, namely The Beatles, Gardner’s debut is a culmination of his musical education, which primarily consisted of pouring over countless YouTube videos and records of his favorites. With a vinyl collection of nearly 1,000, the mop-top-clad young man has a depth of knowledge that bolsters his own musical expertise.

The first and already wildly popular track, “Let’s Get Started,” shows Gardner tossing his knowledge of the classics out the window as the boy band vocals and unabashedly anthem-infused melody overtakes the chorus. It really is no surprise that the song, which he strategically released on Spotify early last year, attracted millions of hits within days, not because of the exact merit that perhaps he was looking for, but because of the audience that he will undoubtedly attract: the tweens.

There’s something about hearing an album only once and then already being able to sing along with it during its second run that seems bothersome. From “Heroes Tonight” to “Too Afraid to Love You,” the summery rhythms and optimistic lyrics adhere to the generic tropes of pop, which admittedly for Gardner, is a genius move. Similar to 5 Seconds of Summer and One Direction, you’ll find yourself tapping your toes when the songs come on the radio, despite the trite, pedestrian formula.

Adventures in Real Time is mostly one-noted, but there does come a much-needed break with the slow, slightly angsty track, “The Actor.” Here, Gardner makes darker observations in his lyrics that are rather welcome. The peak of the album, however, lies in the track that actually embodies the kind of pop that his idols, The Beatles, revolutionized. That’s “I’m Nothing Without You,” though its triumph may be because the instrumentals are mighty close (maybe too close) to that of “I’m Looking Through You.”

From then on Gardner flirts with folk sensibilities in “With a Kiss,” and some electronic flare in “Feeling of Love," but he never fully commits to any subgenre to produce an audibly complex album that evolves from track to track.

What’s quite admirable about Gardner is that he is a clearly determined young man with a deeply entrenched musical passion. With the ability to play dozens of instruments matched with his encyclopedic knowledge of classic rock it only seems right to give the kid’s future some credit. Perhaps after a couple of years in LA, or maybe just time to get his heart broken a little, he’ll really understand what his heroes were talking about in their prolific songs. Perhaps we have a McCartney on our hands and we just don’t know it. Until then, Adventures in Real Time may only reach the ears of screaming preteens. Luckily, that’s a dedicated fan base, so now all Dylan Gardner has to do is keep the passion alive.