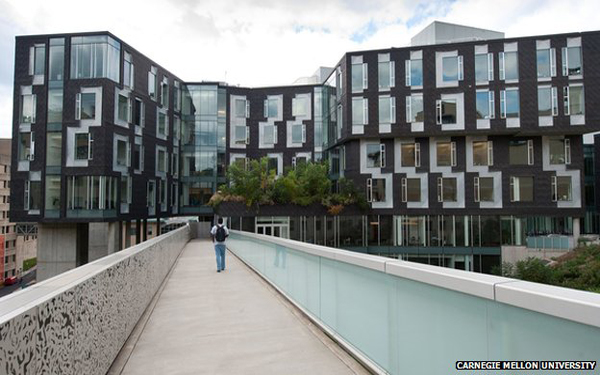 PITTSBURGH — Applicants to Carnegie Mellon University’s Master of Science in Computer Science program are pursuing higher education. This week, about 800 of them learned a tough lesson: You can’t believe everything you read.

It’s something they learned the hard way after they received emailed letters of acceptance that were mistakenly sent by CMU’s computer science department.

The applicants received the congratulatory emails Monday morning touting the university and the city of Pittsburgh.

“You are one of the select few, less than 9 percent of the more than 1,200 applicants, that we are inviting,” it read. “We’re convinced this is the right place for you. Welcome to Carnegie Mellon!”

The “correction of prior email/revocation of offer of admission” notices went out about seven hours later.

“This was an error on our part,” wrote Frank Pfenning, president’s professor of computer science and department head, who also wrote the acceptance letter. “While we certainly appreciate your interest in our program, we regret that we are unable to offer you admission this year.”

“This error was the result of serious mistakes in our process for generating acceptance letters,” CMU said in a news release. “Once the error was discovered, the university moved quickly to notify affected applicants.

“We understand the disappointment created by this mistake, and deeply apologize to the applicants for this miscommunication. We are currently reviewing our notification process to help ensure this does not happen in the future.”

Ben Leibowitz of Stamford, Conn., was among the accepted-then-rejected CMU applicants. After receiving the first email, he called relatives and went out to dinner with his parents to celebrate.

Then he got the second email.

“It was brutal. I didn’t get much sleep last night,” Leibowitz told The Associated Press. “Now I have to clean up the mess. I’m calling all my relatives, I’m going, ‘I’m sorry it’s not happening.’ ”

In U.S. News & World Report’s most recent ranking, Carnegie Mellon’s computer science graduate school was tied atop the list with Massachusetts Institute of Technology, Stanford and the University of California at Berkeley.

Coincidentally, MIT made a similar mistake a year ago when thousands of prospective students received emails about financial aid that included a welcome of admission. An MIT admissions counselor took responsibility and apologized for the mistake in a blog post.

But there has been no shortage of college acceptance mix-ups in the digital age.

In December, Johns Hopkins University in Baltimore mistakenly sent nearly 300 undergraduate applicants welcome messages when they were actually rejected or deferred. That same month it happened to about 2,500 students who had applied to New York’s Fordham University. A Fordham spokesman told The New York Times, “We are devastated by the error.”

Since 2008, erroneous emails of acceptance have emanated from the University of California at San Diego (sent to all 46,000 students who applied); Vassar College in Poughkeepsie, N.Y.; UCLA; UC Davis; the University of Delaware; Northwestern’s Kellogg School of Management; St. Clair College in Canada and Cambridge University.

The disappointed applicants have little recourse, though news of the glitch has resulted in CMU taking some hits in the blogosphere. Sam Biddle, a writer at newsfeed.gawker.com, put up a blistering post — titled “OOPS” — in which he quoted an anonymous person whose friend received one of the erroneous emails.

“To allow 7 hours to pass before issuing a correction/retraction is an insane amount of time,” the contributor wrote to Biddle. “Within that time frame, my personal friend notified his/her friends and family. He/she notified the professionals who wrote letters of recommendation. More importantly, ecstatic from the news, he/she notified her supervisor of his/her plans — to ensure the supervisor would have ample time to fill his/her spot.

“Furthermore, my friend’s direct supervisor was unaware of anyone on the team applying to graduate programs. And now my friend’s job is in jeopardy. Awesome.”