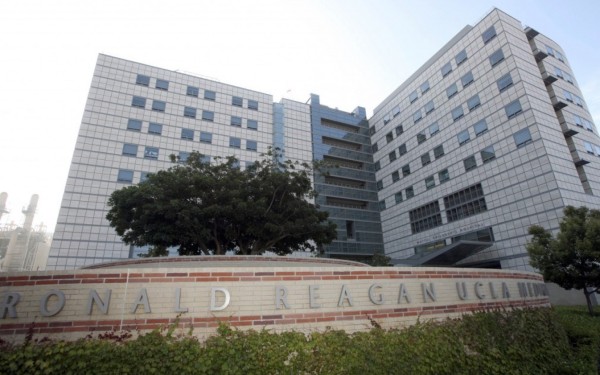 The Food and Drug Administration warned hospitals and medical providers Thursday that a commonly used medical scope may have facilitated the deadly outbreak of a superbug at UCLA.

The warning posted by the federal agency comes after a Los Angeles Times report that two people who died at UCLA’s Ronald Reagan Medical Center were among seven patients there infected by a drug-resistant superbug. Hundreds of patients at medical centers across the country, including Seattle’s Virginia Mason Medical Center, may have been exposed to the bacteria after physicians used the scopes in their treatment.

The FDA cautioned that the design of the scopes may make them more difficult to effectively clean, and the agency called on medical providers to meticulously wash the devices.

But even washing the scopes may not be adequate, the FDA warned. “Meticulously cleaning duodenoscopes prior to high-level disinfection should reduce the risk of transmitting infection, but may not entirely eliminate it,” the warning noted.

A spokeswoman for the agency said Thursday that the Centers for Disease Control and Prevention first alerted the FDA about a potential association between multidrug-resistant bacteria and duodenoscopes in the fall of 2013.

“The FDA has been actively working with federal partners, manufacturers and other stakeholders to better understand the issues that contribute to the infections and what can be done to mitigate them,” spokeswoman Leslie Quander Wooldridge said.

“The agency now has enough of an understanding of the issues to communicate publicly and to provide recommendations to mitigate the risk associated with the transmission of infections by duodenoscopes.”

Many medical experts welcomed the FDA's move, but some said it didn't go far enough in addressing the health risk.

“The FDA’s move is a step in the right direction, but it doesn’t have a lot of guidance about how to reduce the risk beyond what was already known,” said Dr. Jeffrey Duchin, who oversaw the Seattle-King County public health investigation of the Virginia Mason outbreak.

“Many clinicians and people I work with in the public health community are frustrated by the pace at which the issue is being addressed," he said.

“I’m pleased that the FDA has provided additional guidance and best practices, but there is more to be done,” she said Thursday afternoon. “I expect the FDA to continue engaging with other agencies, manufacturers and providers to improve safety for patients and help prevent further outbreaks, and I will continue to monitor this situation closely.”

Murray sent a letter to the FDA two weeks ago urging the agency to update its safety advice after Virginia Mason in Seattle reported that 11 patients died in a bacterial outbreak possibly linked to duodenoscopes.

Los Angeles County health officials are leading the investigation into the deadly outbreak at the UCLA medical Center, which has affected more than 180 patients.

Five UCLA patients have already been infected with CRE bacteria from tainted endoscopes, and the hospital said the outbreak was a contributing factor in the deaths of two additional patients.

The hospital is notifying 179 other patients who may have been exposed to the bacteria from October 2014 to late January during a procedure known as endoscopic retrograde cholangiopancreatography, or ERCP.

Nationally, about half a million patients each year undergo ERCP procedures, in which doctors thread a specialized endoscope down the patient's throat to examine and treat cancer, gallstones and other issues in the digestive system.

The county officials said they "provided guidance to UCLA for resuming procedures, further monitoring and follow up."

They said they are continuing to work with the UCLA medical center on the matter.

CRE, which stands for carbapenem-resistant Enterobacteriaceae, are germs that have become too difficult to treat because they are resistant to most antibiotics. The bacteria can lead to death in up to 50% of patients who become infected, according to the CDC.

UCLA has said it changed its decontamination procedures for the endoscopes involved after discovering CRE in a patient in late January. It also alerted county and state health authorities at that time.

Following the outbreak, UCLA switched to gas sterilization on its duodenoscopes. Some other hospitals have turned to that technique in the wake of similar outbreaks at other hospitals across the country since 2012.

However, experts say, the gas used in that method can be highly toxic to hospital employees and patients, so many facilities look for alternatives.

Other hospitals now quarantine their endoscopes for 48 hours after cleaning, for instance, in order to check for any bacterial growth before reusing them on patients. That system has drawbacks as well for busy hospitals because the scopes are unavailable for extended periods.

Many doctors and hospitals also question the design of the scopes, saying it makes them difficult to disinfect using the manufacturers' instructions.

Device makers say they have been working with the FDA and medical groups to address the safety concerns.

Dr. Alex Kallen, a CDC medical officer who is assisting the county in its UCLA investigation, said he hasn't found breaches in cleaning protocol at other hospitals he has visited. But he said that doesn't mean hospital practices are always followed.

These endoscopes are "cleanable, but it's very difficult to adhere 100% every time to what you need to do."

Kallen said some parts of the scope must be incredibly intricate to allow physicians to get into very tight spaces.

"That makes them difficult to clean and get rid of the bacteria completely," he said.

Standing outside the hospital Wednesday night, UCLA freshman Sierra Bronkhorst, 19, said she had been to the hospital a week earlier to see a gastrointestinal specialist.

She immediately did a Google search to find out how the drug-resistant superbug spread, and was quickly relieved.

"They didn't use any scopes on me," she said with a nervous laugh.