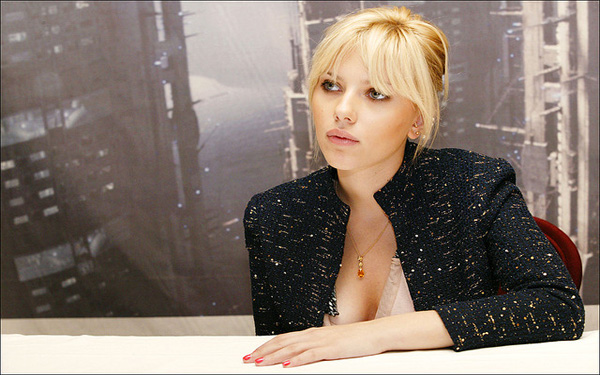 Although Scarlett Johansson is no stranger to music (see her album of Tom Waits covers), this time around she's formed an all girl band, focused on playing original "super-pop." The new group, dubbed the Singles features Holly Miranda, Julia Haltigan, Kendra Morris and Este Haim, the eldest of the Haim sisters, on drums.

The band’s first single, “Candy,” was released late last week and evokes a fun, electro-pop sound that doesn’t take itself too seriously. In fact, that’s exactly what ScarJo was going for.

"The idea was to write super-pop dance music written and performed by girls," Johansson told Rolling Stone. She named Grimes, the Bangles and the Go-Go's as influence for the new project. "I wanted it to be like those bands: ultra-pop but also a little ironic, a little in on the joke."

The track was produced by Dave Sitek of TV on the Radio. Sitek and Johansson worked together on the Waits LP. Back in 2008, when that album was released, Sitek compared Johansson’s voice to Blondie’s Debbie Harry. Not bad, for an actress.