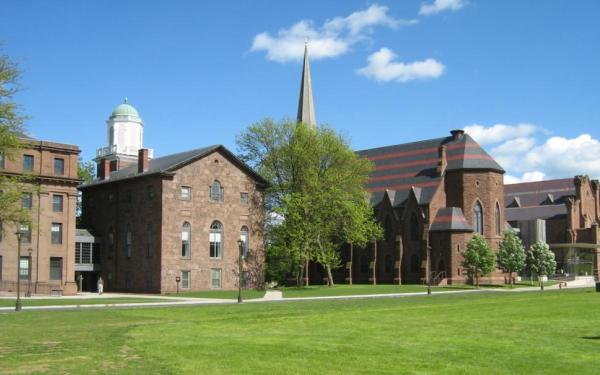 Police in Middletown, Conn., on Monday said they are searching for the source of what is likely a bad batch of Molly, an illegal synthetic party drug that sickened at least 11 students at Wesleyan University, two critically, after many used the drug Saturday.

The drug, often found at clubs or at raves, is a form of MDMA or Ecstasy. Police said they believe the batches that circulated over the weekend at the school had been contaminated but the official findings are awaiting tests, Middletown Police Lt. Heather Desmond told the Los Angels Times on Monday.

“We’re looking, but at this time, there are no arrests,” she said. “We have at least 11 people injured and many, many people involved, so it may take some time to find out what happened.”

Two students were ill enough to be flown about 20 miles to a hospital in Hartford, Conn., and two others were taken there by ambulance, police said. Two were listed in critical condition and two in serious condition.

At least seven others were treated at the Middlesex Hospital Emergency Department throughout Sunday, police said.

“Our first and foremost goal is to obtain information on the batch of Molly that was distributed to the students,” Police Chief William McKenna told reporters in a prepared statement. “This information is critical in ensuring the recovery of those students affected. The side effects of the drug can be life-threatening and we are attempting to assist the medical providers in obtaining any/all information relating to this ‘bad batch’ of Molly.”

Molly is the street name for a synthetic, psychoactive drug that has similarities to the stimulant amphetamine and the hallucinogen mescaline. The drug is ingested orally and has become increasingly popular in recent years because the stimulant properties keep party-goers awake while keeping them high.

The drug “produces feelings of increased energy, euphoria, emotional warmth and empathy toward others, and distortions in sensory and time perception,” according to the National Institute on Drug Abuse.

It acts by increasing the activity of three neurotransmitters: serotonin, dopamine and norepinephrine.

“Serotonin also triggers the release of the hormones oxytocin and vasopressin, which play important roles in love, trust, sexual arousal, and other social experiences,” the Institute said. “This may account for the characteristic feelings of emotional closeness and empathy produced by the drug; studies in both rats and humans have shown that MDMA raises the levels of these hormones.

“MDMA was initially popular among white adolescents and young adults in the nightclub scene or at ‘raves’ (long dance parties), but the drug now affects a broader range of users and ethnicities,” the Institute warns.

Side effects include damage to the liver, kidney or cardiovascular failure.

In 2013, two revelers overdosed and died after taking a bad batch at the Electric Zoo electronic music festival at Randall’s Island in New York City. The final day of the three-day rave was canceled and the man who sold the fatal batch, Patrick Morgan, was eventually found guilty of conspiracy to distribute MDMA.