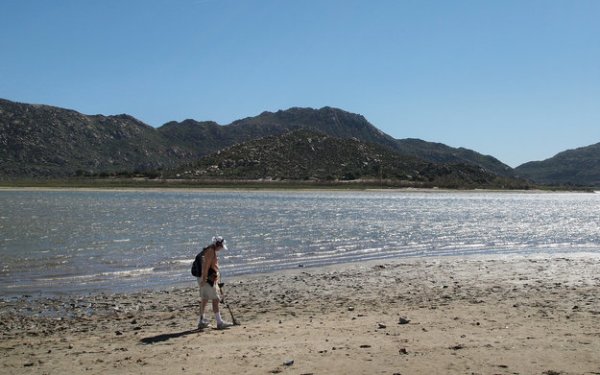 Abbey Murphy never felt the mosquito bite that eventually swelled her brain and left her unable to walk for weeks.

“I had uncontrollable vomiting, severe migraines,” said Murphy, a sophomore at UC Berkeley. “I couldn’t get up to get breakfast.”

Murphy eventually recovered from her West Nile virus infection, though it took months. She was one of roughly 800 Californians infected last year during the worst West Nile outbreak in a decade, new state figures show.

Experts say the ongoing drought was largely to blame and predict another bad year in 2015.

Primarily transmitted by mosquitoes feeding on infected birds, West Nile causes few symptoms in the majority of people infected. But in a small percentage of cases, the reactions can be severe, even fatal. The disease usually peaks during summer, when mosquitoes are active and people tend to spend more time outdoors.

Then came 2012 and the start of the state’s protracted drought. That year, the number of reported human West Nile cases tripled from 158 to 479. Last year, the state saw 798 cases, the most since 2005, according to new figures from the California Department of Public Health.

Twenty-nine of those cases ended in death, tied for the highest number on record in California.

The drought has had other effects as well: Lacking enough water in the wilderness, the birds that carry West Nile moved closer to artificial sources in populated areas, where they were bitten by mosquitoes and the infection was spread to more people. “As birds and mosquitoes sought water, they came into closer contact and amplified the virus,” said Dr. Gil Chavez, an epidemiologist at the state health department.

The outbreak hit Southern California the hardest, particularly Orange County, which recorded 266 human cases of the disease in 2014. Orange County also led the state in mosquitoes that tested positive for the disease.

“Our infection rate in mosquitoes was off the chart,” said Jared Dever, spokesman for Orange County Vector Control. “Essentially every mosquito we captured in Orange County was testing positive.”

The county has a broad network of underground storm drain systems and relies on rainwater to flush out those systems. But the drought has effectively created a network of stagnant underground pools. Uncovering a manhole in Orange County last year, Dever said, unleashed a torrent of mosquitoes.

“We had miles of underground water,” he said, adding that the district could not use its own water to flush out the system due to conservation efforts. “That was an enormous problem for us.”

Orange County officials also found the birds it tested were displaying low immunity to the West Nile virus, a phenomenon they could not fully explain. Birds do not transmit the disease directly, but if more of them have West Nile, more mosquitoes that feed on them will become carriers of the disease.

Another contributing factor: Orange County’s Vector Control District did not use trucks or planes to spray pesticides on city streets, something many other communities in California have done for the last several years.

Spraying remains controversial, though the Environmental Protection Agency has judged that it does not “pose an unreasonable risk to public health.” Dever said the district intended to spray when the outbreak peaked but was hampered by weather.

“Up in the Bay Area, they are a lot more familiar with the (spraying) conversation,” he said.

Orange County had the most human West Nile cases, but it did not have the highest rate of infection. That distinction belonged to Glenn County, a farming community about an hour’s drive northeast of Sacramento. Twelve Glenn County residents were diagnosed with West Nile virus last year, for a rate of four infections per 10,000 residents, roughly 20 times the statewide average.

Glenn County is one of the leading rice producers in California. Rice often is grown in flooded fields, which can become breeding grounds for mosquitoes.

“We have almost 67,000 acres of rice,” said Jack Cavier, who runs the county’s mosquito-control district. “We are very ag-intense.”

Glenn County stepped up its pesticide spraying last year, Cavier said, but it was hampered by the large number of organic crops in the area. The district tried to avoid spraying those crops.

The Sacramento region saw a small increase in human West Nile cases from 2013 to 2014. But the number of human cases in the area – 27 – was dwarfed by the number of cases in other parts of the state.

Sacramento-Yolo Mosquito & Vector Control District spokeswoman Luz Maria Rodriguez noted that the number of mosquitoes testing positive for the disease in the area was extremely high last year and that West Nile activity overall was “very intense and activity started a lot earlier.”

Rodriguez credited the relatively small number of human cases in Sacramento and Yolo counties to “a very strong surveillance program that looks for early signs of West Nile virus. We are always promoting that people should be wearing a good repellent. We also have a very strong larvicide program.”

Stanislaus County also does regular outreach through its East Side Mosquito Abatement District. But the county reported 47 West Nile human cases last year for a rate of infection about four times the statewide average.

Murphy was one of those cases.

After finishing her freshman year at Berkeley, she went home to Modesto for the summer. In July, she began to feel sick. She developed a rash on her upper body and suffered migraines. Her family took her to a hospital, where she remained for a week.

Doctors diagnosed her with meningitis, which can be caused by the West Nile virus. “It was terrifying,” she said. “There were a few nights when my heart was having problems. I didn’t think I was going to make it.”

After a week, she was sent home, a catheter connected to her arm so medicine could be injected directly into her bloodstream. She took a semester off from school to deal with the illness.

“I was in a wheelchair until the middle of September,” she said.

Later, her doctors called and told her she had tested positive for the West Nile virus. “I don’t think there was anything I could I have done to prevent it,” she said.

Murphy is feeling better today, though she is not completely recovered, and she is back at college.

Several mosquito-control officials said they worry that 2015 will prove to be another bad year for West Nile since the drought shows no signs of abating.

Already, Dever said, “we are getting (mosquito) trap counts that are basically what we usually see in July.”