Tired of spilling your coffee? Try a latte instead, scientists say 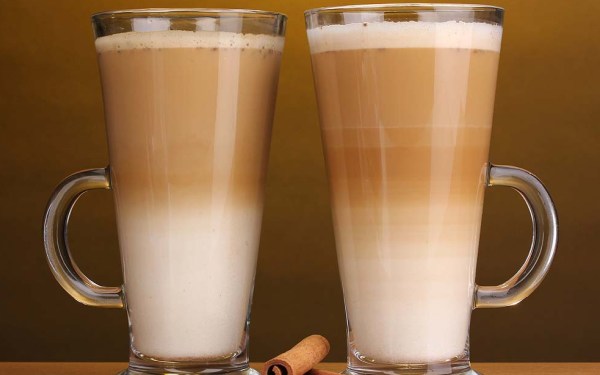 If you’ve ever had your coffee suddenly slosh out of the drinking hole or over the cup rim and onto your pants, you know the struggle. But according to a team of physicists, there’s an easy solution: Buy a nice, foamy latte instead.

The findings, described in the journal Physics of Fluids, show that a thin layer of foam over a moving liquid’s surface can dramatically cut down the slosh. The discovery could be useful for far more than just coffee, such as providing ideas for alternative ways to safely transport enormous containers of oil and gas.

Study coauthor Emilie Dressaire, a mechanical engineer at New York University Polytechnic School of Engineering, said she first noticed this phenomenon while grabbing her coffee at a drive-through. The man handing her the drink gave her a stopper to keep it from spilling — but then told her she wouldn’t need it, because she’d gotten a latte.

“That got me thinking, ‘Well, what does he mean by that?’” Dressaire said. “And then I realized what he meant was the foam of the latte was going to prevent spillage while I was driving around.”

Lead author Alban Sauret, currently at the French National Center for Scientific Research, had also had a similar experience in the pub – he’d noticed that Guinness, a very foamy beer, was highly slosh- and spill-resistant, Dressaire said.

The scientists knew they needed to test this strange phenomenon in the laboratory. They filled a narrow rectangular container with a mix of water, glycerol and Dawn dishwashing detergent. They used a needle to inject 3-millimeter bubbles into the bottom of the container, which floated to the top of the fluid to form a foamy layer.

The scientists then shook the container to see what happened. They tried two types of jostle, either jolting it quickly or rocking it steadily back and forth, and then took video footage of the waves that formed in the fluid using a high-speed camera. The sudden jolt helped them measure how long a wave lasted after a shake; the steady rocking motion helped them measure a wave’s maximum height.

(Both are movements your coffee cup might experience, by the way: The sudden jolts might be the kind your coffee cup experiences when your car goes over a bump, or if you suddenly start or stop walking; the rocking motion might be akin to a steady walking gait.)

The scientists found that a mere five layers of these tiny bubbles were enough to reduce the wave height tenfold. That means that with a generous layer of foam on top, the liquid’s scary mini-tsunamis were roughly a tenth as high. Any more than five layers didn’t seem to make much difference, the team found. This was specific to their narrow container, Dressiare pointed out: The exact optimum number of layers varied given a container's size and shape.

Also, all bubbles were not located equal: The foam in the middle didn’t help dampen the sloshing very much. Most of the work was being done by the foam around the edges, in contact with the container walls. The scientists think it’s because the edge foam helps dissipate the sloshing liquid’s energy through friction.

While the scientists have solved the messy mystery of humanity’s liquid fuel, their finding could actually be useful for managing the transportation of a whole variety of energy-rich fluids, particularly tanker ships full of oil and gas. That’s because the pressure on a tanker’s walls from all the sloshing could eventually cause a rupture. And, unlike coffee, fuel is very explosive.

“When you think about your cup of coffee, you can see that the motion can get pretty violent,” Dressaire said. “Imagine the same thing but at a much larger scale … you’re going to generate forces against the walls of the container that are going to be really high every time the ship hits a wave. So the motion of the liquid inside the ship can lead to structural damage and it can also can disturb the motion of the ship itself.”

Layering bubbly foam over the liquid fuel in these tankers, Dressaire said, could potentially help reduce any dangerous sloshing.

In the meantime, has this study changed the way she drinks coffee?

“I am clumsy enough, so I stick to lattes,” she said with a laugh. But she did note that beers with a finer foam, such as Guinness, are less sloshy — probably because the tiny bubbles have a higher amount of surface area in contact with the container walls.

“This study has also made me choose my beers differently,” she said.