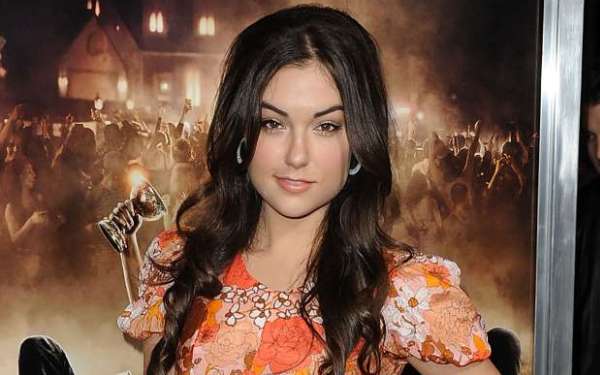 BERLIN — The story making the rounds on the Russian version of Facebook (Vkontakte) would be truly horrific, if not for the “truly” bit.

A heroic young ethnic Russian nurse, working the front lines of the war between Ukrainian troops and pro-Russia separatists, was captured by the Ukrainians. After dragging her back to their camp and abusing her (in such a vile manner that the description is no more specific, though it is noted that “they recorded their fun on video”), one of the Ukrainian soldiers grabbed an ax and decapitated her.

The name of the heroic nurse is given on the “Aid for Donbas” page as Sasha Serova, and while they don’t give her age, they do run a photo showing a beautiful dark-haired woman., with surprising, come-hither eyes.

When Grey saw the postings, and realized that she was the murdered nurse, she noted on her Twitter account: “I love my Russian fans, but this propaganda takes it too far.”

The source of the social media page is not clear.

But Russian propaganda, thought to be government sponsored, has been a source of contention in Ukraine for years. Cop dramas typically portray villains as Ukrainian. In evening entertainment, Ukrainians are murderers, pedophiles, rapists, thieves. At the same time, German media note, the evening news portrays a United States in which the children are all dying of obesity and adults die in the nightly race riots.

The reason for the “Aid for Donbas“ page is said to be that “Help is required for the residents of Donetsk and Luhansk who suffered as a result of the junta’s airstrikes and also for the rebels who fight for Novorussia.”

The Sasha posting has 7,000 likes and more than 1,000 comments, one of its more popular items. The page also features a photo of a saluting Fidel Castro, with the quote, “The main mistake of the United States and Europe is that they underestimated the Russians, who during World War II defended their homeland like Spartans.”

Another posting shows a photo of a camouflaged missile in transport that notes, “We are born to turn the United States into dust.” Yet another creates a quote from a laughing Barack Obama: “The grandfathers died defending Ukraine. The grandchildren sold it to me for 200 Hrivna.” On today’s exchange rate, 200 Hrivna is about $7.14.

As for poor Sasha, the page notes, “This seemingly fragile, yet strong young woman, has saved wounded fighters at the front. She was said to have nursed even the most hopeless cases back to health. But she herself did not return from the front.”