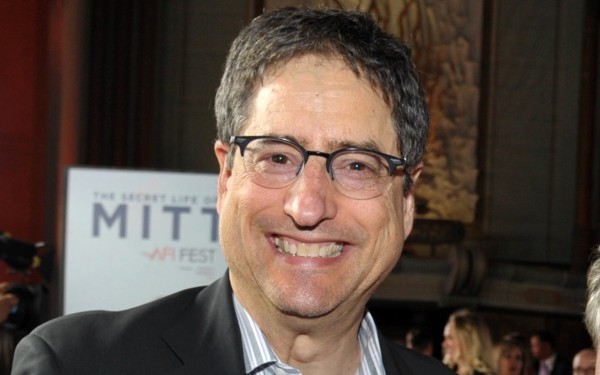 LOS ANGELES — Sony Pictures Entertainment has brought on a veteran with a track record of successful big-budget movies to pump new life into Hollywood’s fourth-ranked film studio and help distance it from a cyberattack that rattled the entertainment industry.

The studio’s new motion picture chairman, Tom Rothman, 60, is a former Fox film executive who brought blockbusters “Avatar” and “Titanic” to the big screen. He will replace Amy Pascal, who was forced out this month after embarrassing emails she wrote were leaked by hackers.

The move comes as the studio has been criticized by analysts for its lackluster film slate and weak box office returns.

In Rothman, Sony gets an executive with a reputation for keeping a close watch on the bottom line, even while shepherding big-budget movies. He has built strong relationships with A-list filmmakers and talent such as George Clooney, Jodie Foster and Ang Lee.

“Sony is sending a clear message that, in the modern studio world, costs have to be kept under control,” said Joe Pichirallo, a former studio executive who worked with Rothman at Fox Searchlight. “If you’re looking for someone who’s run a studio, who keeps costs under control and puts big movies together, he’s got all that.”

Hollywood has been struggling against diminishing theater attendance as movies face increasing competition from television and online entertainment options.

The major studios have increasingly played it safe by relying on action-movie sequels, remakes and comic book-based films that drive ticket sales, rather than taking bets on untested properties. For example, Warner Bros. announced late last year that it will focus on big movie franchises by releasing 10 superhero pictures from its DC Entertainment imprint over a five-year period.

The top-grossing studio last year was 20th Century Fox, which took in $1.94 billion at the domestic box office thanks to franchises like “X-Men” and “Planet of the Apes.” Sony, with fewer big movies in its lineup, was the fourth-ranked studio with $1.26 billion in domestic box-office receipts, according to Rentrak, an entertainment data firm.

“There’s a lot of work to do,” said Jason E. Squire, a professor at USC’s School of Cinematic Arts. “I think it’s a very healthy sign to tap Rothman and shows good judgment. He is someone who can make big, global tent-pole movies and small movies.”

Studios in recent years have been stacking their top ranks with seasoned executives known for being fiscally responsible.

“My job is to give a sense of stability and forward motion,” Rothman told The Times. “I’ve got a good up-close look. My first task is building on the foundation they have.”

Rothman is known as a hands-on manager with a hard-charging style that gives numbers as much weight as film aesthetics. Once an entertainment industry lawyer, he founded the specialty film distribution label Fox Searchlight after working at the Samuel Goldwyn Co. for five years and Columbia Pictures before that.

As chairman of Fox Filmed Entertainment from 2000 to 2012, he bet on some artistically ambitious projects such as Lee’s “Life of Pi” but also was responsible for not-so-sophisticated fare, including “Alvin and the Chipmunks.”

He notably tried to block a distribution deal in which Fox would release movies made by Jeffrey Katzenberg’s DreamWorks Animation, a pact that the parent company’s chief executive, Rupert Murdoch, supported. Fox announced the deal with DreamWorks in August 2012, and Rothman was pushed out the following month. He joined Sony as head of its TriStar unit in 2013.

While his latest appointment could signal a shift in the studio’s trajectory, Sony is also hoping for stability after the cyberattack. Hackers, said to be working on behalf of North Korea to block the release of “The Interview,” shut down Sony Pictures’ computer systems and released a trove of sensitive information onto the Web.

The company also said Tuesday that Michael Lynton would stay on as Sony Pictures’ chairman and as chief executive of the broader Sony Entertainment division, which includes Sony Music Entertainment and Sony/ATV Music Publishing as well as the film and TV studio.

The terms of Lynton’s contract extension were not disclosed. Rothman, in taking on the film job, did not inherit Pascal’s title of co-chairman of Sony Pictures.

Rothman said he’ll be running Sony in many ways similarly to the company he used to helm. Fox’s movie business is known for a strategy that relies on its multiple divisions for its box-office income — tent poles from 20th Century Fox, indie movies from Fox Searchlight and literary fare from Fox 2000, for example.

Sony has a similar structure, with divisions including Columbia Pictures, Sony Pictures Animation and Screen Gems, which largely releases urban, horror and other genre movies. Jeff Robinov’s Studio 8 also has a distribution deal with Sony and is housed on the company’s lot.

Rothman could solidify that multi-unit strategy, one with which he has had considerable experience.

“If anything, we may strengthen and clarify the focus of that,” he said.

Rothman said he plans to focus Sony’s slate more broadly at a global audience. He also will work closely with Pascal, who is taking a new role as a producer for the studio and is leading key Sony offerings, including the next Spider-Man film and the female-led reboot of “Ghostbusters.”

The studio passed over other potential candidates including Doug Belgrad, president of Sony Pictures’ motion picture group. He is expected to stay with the company, according to a person familiar with the situation who was not authorized to speak publicly.

Special Features
This L.A. activist went to jail. Now she runs a film fest that puts justice on trial
315 views

Special Features
‘There’s going to be no rules’: Hollywood tests new ways of releasing movies in a pandemic
748 views

Special Features
Digital theater is all the rage, but could it destroy the live stage?
922 views
bid=||