Back from the battlefield, Iraq and Afghanistan veterans produce a surge of great fiction 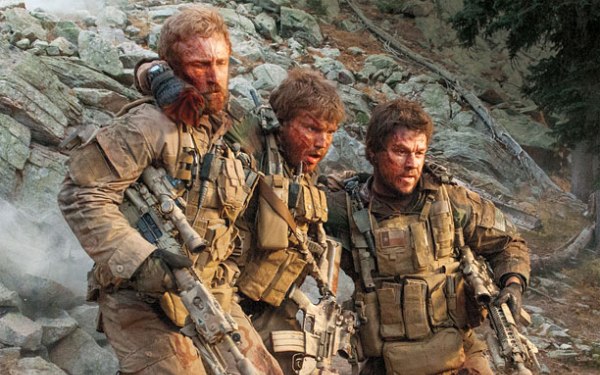 Lone Survivor was based on the book of the same name by Marcus Luttrell, an Afghanistan veteran.
(Credit: Universal Pictures)

Ben Fountain was driving to Galveston, Texas, in March 2003, about a week after the U.S. invasion of Iraq, when he caught a glimpse of the literary future.

“I was thinking, ‘They’re out there,’” Fountain says from his Dallas home. “Those men and women who are going to write the novels of the next generation are out there in that sandstorm right now.”

It would be several years before he would conceive and create his own award-winning war-themed novel, “Billy Lynn’s Long Halftime Walk.” But give him points for foresight. The last few years have seen a steady stream of first-rate fiction written by veterans of the Iraq and Afghanistan wars. The latest is Elliot Ackerman’s “Green on Blue,” which takes its title from the code used for an Afghan police or military attack on coalition forces. Ackerman served five tours of duty in Iraq and Afghanistan and was a primary combat adviser to a 700-man Afghan commando battalion.

Ackerman’s book is hardly the only searing fiction to come out of the wars. Other highlights include Phil Klay’s “Redeployment,” winner of the 2014 National Book Award for fiction; “The Yellow Birds,” by Kevin Powers (a graduate of the Michener Center for Writers at the University of Texas at Austin); and “Fives and Twenty-Fives,” by Michael Pitre.

“Green on Blue” stands apart in one crucial respect: The story is told in the voice of Aziz, an Afghan orphan swept into the ranks of a U.S.-funded Afghan militia. As Aziz explains early on, “the militants fought to protect us from the Americans and the Americans fought to protect us from the militants, and being so protected, life was very dangerous.”

Ackerman, who dedicated the book to two of the Afghan friends he made in his battalion, does a masterful job putting us in Aziz’s shoes and opening a door to the war as seen from native combatants. He also allows us to experience a war that exists seemingly to keep itself going.

“The war was being fought for every reason but the ending of the war,” Ackerman says by phone from a cafe in Istanbul, where he’s researching his next novel and reporting on the Syrian civil war for The New Yorker. “I wanted to trace the anatomy of a perpetual war and show that paradigm.”

Fountain was amazed at Ackerman’s ability to step outside of himself and into another culture.

“Elliot’s a very smart cat,” Fountain says. “By all accounts he was an excellent soldier, but he never stopped thinking for himself.”

The book’s characters include the types of people Ackerman encountered repeatedly.

“There’s a militia leader, the militant commander, the village elder stuck between the militants and the Taliban, and the American commander, playing puppet master to the best of his ability and trying to influence events on the ground,” Ackerman says. “It’s the war in miniature.”

It’s also a departure from the war-at-home theme that surges through many other Iraq and Afghan war fiction. The first short story in “Redeployment,” for example, follows an Iraq veteran back to the States, where he tries to get reacquainted with his wife and adjust to a world without kill-or-be-killed combat: “As glad I was to be in the States, and even though I hated the past seven months and the only thing that kept me going was the Marines I served with and the thought of coming home, I started feeling like I wanted to go back. Because [expletive] all this.”

All of these books carry the sting of authenticity and the sensory expression of experiences lived. They also reflect the power of story to get at larger truths and probe painful emotion. As Ackerman sees it, that pain belongs not just to the veteran writers, but to the country as a whole.

“We’re at a reckoning right now with what’s happened over the last 14 years, and with the identity of our country,” Ackerman says. “People are starting to look for answers, and a lot of times we look for the deeper truth in fiction.” He also thinks there’s a lot more to come. The first great Vietnam novel, Tim O’Brien’s “The Things They Carried,” he notes, wasn’t published until 1990.

One thing about perpetual wars: They have no definitive ending. The next great war novelist might be finishing a final tour and deciding, like Ackerman did as his time in Afghanistan wound down, to capture some of those greater truths with pen and paper.

“That’s one of the unique things with this generation of vets,” Ackerman says. “Because the wars haven’t ended, each of us have had to make our own separate peace and decide when the war is over for us.”