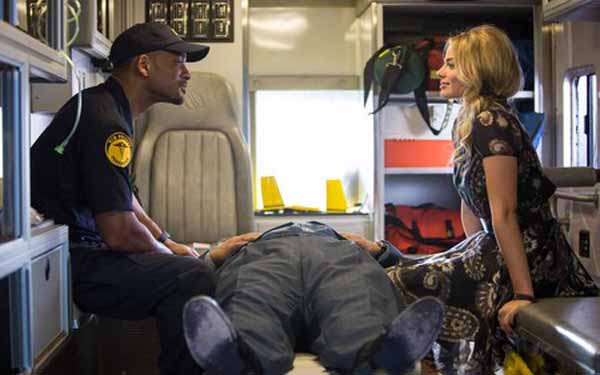 WESTLAKE VILLAGE — Actor Will Smith shares the lessons he learned from the failure of the movie “After Earth.”

His new approach to movies has opened him up to new roles, like the con-man he plays in “Focus” opening Friday, Feb. 27.

He’s signed on as Deadshot in the 2016 comic book-inspired “Suicide Squad.”

The failure of “After Earth” taught Will Smith a valuable lesson: One bad summer movie doesn’t mean the end of a career.

Before “After Earth,” Smith was king of the summer movie blockbusters with mega hits in “Wild Wild West,” “Independence Day” and “Men in Black.” “After Earth” ended that streak. But it didn’t end his career. He’s starring in “Focus” as a big-time con artist whose career gets sidetracked when he falls for a beautiful novice hustler (Margot Robbie) he let into his life.

“This film marks a transition emotionally in my career. After the failure of ‘After Earth,’ a thing got broken in my mind,” Smith says.

All thoughts about being such a dominant force in summer movies just collapsed after he saw the final results of “After Earth.”

“I realized I was still a good person,” Smith says. “So when I went into “Focus,” I completely released the concept of goal orientation and got into path orientation. This moment. This second. These people. This interaction.”

That meant for “Focus” he’s not worried about whether it opens as the top film for the week or is in 10th place. His new approach means he’s already gotten everything out of the movie he wants by working with talented people.

He no longer measures himself by the way others judge him.

This realization is making acting a much more enjoyable experience and has certainly taken Smith in a new direction of film roles. His long career has been filled with comedies and dramas, but getting to play a role that’s as sexually charged as the one in “Focus” is new for Smith.

“I think I’m coming into a different time in my career. I’ve been the goofy kid growing up. I always enjoyed the comedic aspect of relating to woman and even on camera it was always the funny take on it,” Smith says. “This is the first time in my career that the role was steamy, full-on man-ness.”

“It’s an uncomfortable space for me. The natural instinct is when the moment is serious, that is the prefect time for the joke. To be constantly pulling away from that and living in the seriousness and sexiness of a moment was a little uncomfortable for me.”

The space was made more comfortable by Robbie. The pair felt an immediate chemistry during the audition process. Smith says you can’t create chemistry. They had it naturally.

They will get to continue that chemistry since Robbie will be playing Harley Quinn in “Suicide Squad.” Smith was cast in the 2016 comic-book-inspired film as Deadshot. Smith will also star in “Concussion,” set to open at Christmas.

Smith says making “Focus” also made him realize that perception is everything. He points out that the way people dress, talk and act is all part of an effort to manipulate the perception others have of us.

“Reality almost does not matter at all,” he says “When you are talking to a person, it only matters what they are perceiving.”