Hollywood needs to ‘flip the script’ on diversity, report says 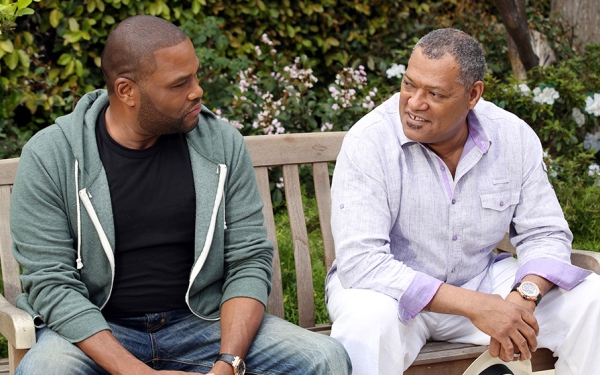 Audiences are growing a bit tired of seeing films and TV shows with all-white casts. If you want to keep pace with popular taste, start mixing it up. Diversity is the new black.

That’s the message being delivered in a comprehensive report about diversity in the entertainment industry released this week by UCLA’s Ralph J. Bunche Center for African American Studies.

Darnell Hunt, the co-author of the “2015 Hollywood Diversity Report: Flipping the Script” and head of the center, said the findings of the study can be summed up in two words: Diversity sells.

“What’s new is that business as usual in the Hollywood industry may soon be unsustainable,” Hunt wrote in the report.

The study found that out of 700 roles examined in prime-time scripted programming during the 2012-13 season, white actors counted for 81 percent.

The report was released just days after the annual Academy Awards in which there were no minority nominees in any of the acting categories for only the second time since 1998. Or as host Neil Patrick Harris joked at the start of the ceremony. “We’re here to honor Hollywood’s best and whitest. Sorry, brightest.”

The study echoed similar findings last year showing that minorities and women in Hollywood are represented far below their numbers in the general population. That hurts the entertainment industry, Hunt said, because shows with diverse casts and writing staffs tend to score more solidly with viewers.

“People want to see stories that resonate with their experience,” he said. “When there are writers crafting characters and stories they know about, it comes across as more real. Shows like ‘How to Get Away With Murder’ and ‘Empire’ are tapping into something that hasn’t been typically done in the industry.”

Much of the problem has to do with systemic bias by powerful white males in the industry who want to maintain control of the industry “to protect their own interests and to keep rewarding people around them that look like them. They may feel it’s in their best interests, but it may not be good for the industry,” Hunt said.

Though white males in plum positions in front of and behind the camera have historically marginalized women and minorities in the creative process, “evidence from this report ... shows clearly that America’s increasingly diverse audiences prefer diverse content created with the input of diverse talent,” the report says.

The industry has continually resisted the trend, according to the report: “The disconnect between this increasingly obvious fact and the stubborn fact of Hollywood’s race and gender problem poses an interesting conundrum: How can we flip the script?”

The study is the second in a series of reports examining relationships between diversity and the bottom line in Hollywood. It examined 172 theatrical films released in 2012 and 175 released in 2013, as well as 1,105 TV shows airing during the 2012-2013 season.

Other highlights of this year’s report concluded that:

— People of color posted small to modest gains in several Hollywood employment areas since the last report and remain underrepresented on every front.

— Compared with minorities, women had even fewer gains in Hollywood than the previous report and remain underrepresented on every front.

— White men continue to dominate the executive-suite positions from which green-lighting positions are made.

— 2013 was a “breakout year” for black film, as notable gains for minority-led films were made at the Oscars. For women, however, the year meant continued underrepresentation, although they reached parity with men as leads in Oscar-winning films.

But despite modest gains in a few areas, the report said, minority talent remained underrepresented at every front of the dominant agencies.