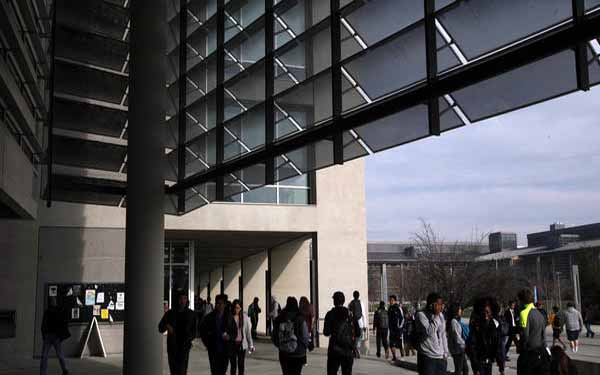 UC Merced would no longer be the newest UC campus under a new plan to create a school devoted to science and technology.
(Credit: Genaro Molina / Los Angeles Times)

LOS ANGELES — At a time when the University of California faces much uncertainty about how to finance its current 10 campuses, a state assemblyman is proposing that the UC establish an 11th campus — with a special focus on science and technology.

Assemblyman Mike Gatto, D-Glendale, has introduced a bill that would start the process of planning and building a new UC school that he described as “a public version of Caltech.” The bill, AB 1483, would push UC to study the feasibility and potential locations and would provide $50 million for land acquisition and initial building costs, according to Gatto.

Such a plan would face many hurdles, especially in finding the money since UC has had trouble garnering enough financial support for its current operations. UC President Janet Napolitano and the UC regents have proposed increasing tuition by as much as 5 percent in each of the next five years if state revenue for UC does not rise enough.

UC’s newest campus, UC Merced, opened in 2005, and its growth has been hampered in part by the lack of money to construct enough new buildings.

Gatto said he understood all the potential hurdles, but he emphasized that the state needs a UC campus to enroll all the talented students who are denied a place at top-ranked UC campuses and to fill the jobs of employers in the so-called STEAM subjects: science, technology, engineering, arts and mathematics.

Besides, the state’s budget now has a surplus that could help build the new school, he added.

“I think a lot of the best ideas start with something that seem a little wild-eyed. And this is not really that wild-eyed if you think about it. We have the resources for the first time in a long, long time,” Gatto said in an interview.

With all the debate about UC funding and how to expand enrollment, he said: “Maybe the answer is that simple and is staring us in the face: create another campus.”

Gatto said he would prefer the location to be either in the Los Angeles area or close to Silicon Valley, depending on the availability of affordable land. He said such a decision, as well as the type of academic programs to offer, would be for the UC regents to make.

“Tech and creative jobs are the future, yet too many California students are unable to get the education they need here in California,” Gatto’s announcement said.

UC system spokeswoman Dianne Klein said it was premature to comment about the proposal since UC officials had just heard of it on Monday.