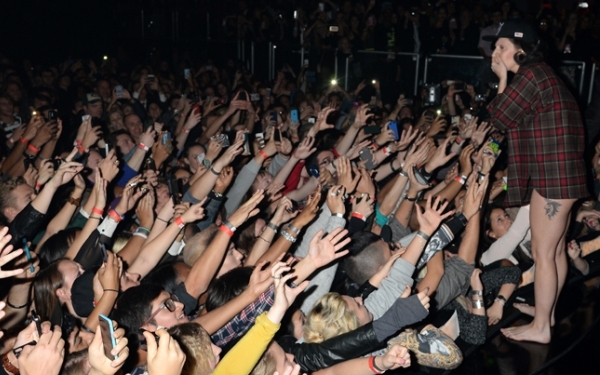 After taking a year off, YouTube is set to bring back its awards show on March 23. However, the format for the 2015 YouTube Music Awards is slightly different.

There are 50 winners, selected by number of views — so all those people who watched Beyonce’s selfie-driven video for “7/11” to learn the dance moves just helped her win an award. Rihanna, Taylor Swift, Drake, Kendrick Lamar, One Direction, Pentatonix, Lady Gaga, Sam Smith and Katy Perry are also among the winners.

Beyond clicks, winners also showed the biggest growth in views, subscribers and engagement over the last six months on the popular video site. Collectively, the winners have more than 146 million subscribers and 44 billion views from 10 different countries.

Instead of a conventional award show—although it should be noted its inaugural 2013 event was far from conventional—YouTube will simultaneously premiere a collection of music videos from both emerging acts and some of the night’s winners.

The inaugural event was live-streamed from New York’s Pier 36 — and it was a beautiful disaster.

Aside from honoring stars of viral videos, the show staged eight “live music videos” from the likes of Eminem, Arcade Fire, Lady Gaga and Tyler the Creator.

The show was completely unscripted. Gaga wept through one performance. One winner’s envelope was buried in cake. And there were crying babies. Despite the mess, or probably because of it, the show attracted 54 million views.