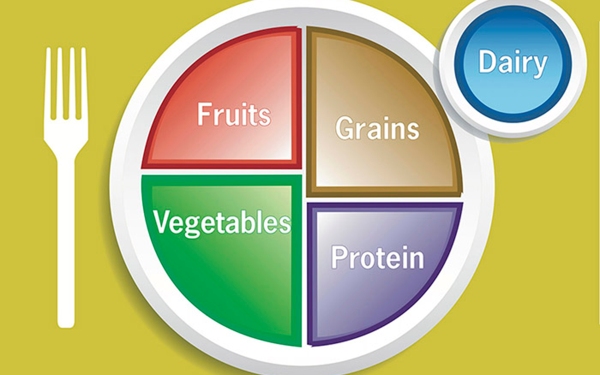 The federal government's MyPlate guidelines recommend that about half of the foods we eat should be fruits and vegetables.
(Credit: U.S. Department of Agriculture/TNS)

Dear EarthTalk: What is the “national food policy” that environmentalists and foodies are asking President Obama to enact by executive order, and how would it affect American diets?

A November 2014 op-ed piece in the Washington Post titled “How a National Food Policy Could Save Millions of American Lives” makes the case for President Barack Obama to sign into law an executive order establishing a national food policy for managing the nation’s food system as a whole.

Authored by food writers Mark Bittman and Michael Pollan, along with Union of Concerned Scientists’ Ricardo Salvador and United Nations Special Rapporteur on the Right to Food, Olivier De Schutter, the op-ed states that because of unhealthy diets, a third of our kids will develop Type 2 diabetes — a preventable disease that was formerly rare in children.

“Type 2 diabetes is a disease that, along with its associated effects, now costs $245 billion, or 23 percent of the national deficit in 2012, to treat each year,” the authors note. “The good news is that solutions are within reach — precisely because the problems are largely a result of government policies.” The authors cite Brazil and Mexico — countries they consider “far ahead of the United States in developing food policies” — as examples for positive change: “Mexico’s recognition of food as a key driver of public health led to the passage last year of a national tax on junk food and soda, which in the first year has reduced consumption of sugary beverages by 10 percent and increased consumption of water.”

While the White House has not responded in any way to the suggestion thus far, the article’s message that the current food system has caused “incalculable damage” remains alarming.

Whether or not to pass our own tax on junk food and soda in the U.S. has been the subject of much debate in recent years. Some say it’s deceitful to suggest that a tax on sodas is necessary to curb obesity and Type 2 diabetes when numerous other unhealthy options like candy, ice cream, fast food and video games that promote sedentary behavior would still be widely available. A 2009 study published in the Journal of Public Economics suggests that soft drink taxation leads to a moderate reduction in soft drink consumption by children and adolescents; however “this reduction in soda consumption is completely offset by increases in consumption of other high-calorie drinks.” Furthermore, in 2010, former New York Mayor Michael Bloomberg stated that “an extra 12 cents on a can of soda would raise nearly $1 billion,” which suggests that government officials expect people to continue buying soda despite the tax.

Even though passing a soda tax has proven to be controversial, the Washington Post op-ed clearly points out the federal government’s contradictions concerning food. Existing federal guidelines for the U.S. diet, known as MyPlate, recommend that half the food we eat should be fruits and vegetables, yet these foods are granted less than 1 percent of farm subsidies. Meanwhile, more than 60 percent of subsidies go toward corn and other grains. The result, the op-ed states, is the “spectacle of Michelle Obama warning Americans to avoid high-fructose corn syrup at the same time the president is signing farm bills that subsidize its production.”

EarthTalk® is produced by Doug Moss & Roddy Scheer and is a registered trademark of Earth Action Network Inc. View past columns at: www.earthtalk.org. Or e-mail us your question: earthtalk@emagazine.com.