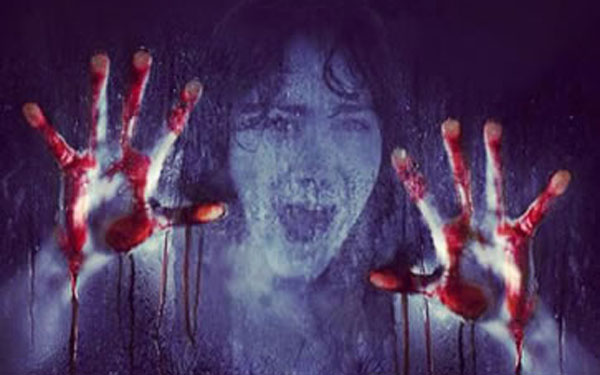 “It’s dangerous theater, and that really is what’s so irresistible.”

From the book, to the movie, to the play, the legendary story of Carrie has sunk its teeth deep into the psychologies of pop culture. Something about the poor girl who suffered continuously at the hands of her peers, at the hands of her overbearing mother, and at the hands of her own insecurities, lingers alongside the memory of our own tumultuous teenage past. And now, thanks to one director, we get to stand next to Carrie and relive the blood-gushing glory of her revenge, as he presents the first-ever immersive theatrical experience of "Carrie: The Musical."

When Brady Schwind was approached to direct an all-new take on a classic that has been explored by nearly every artistic medium, it was almost too good to be true. Ever since he got his hands on a copy of "Not Since Carrie" (1992), a chronicle history of Broadway shows that spotlighted the legendary musical in all of its controversial glory, 10-year-old Brady’s sights were set.

“At that point, I began envisioning this musical in my head. So it’s a surreal experience to be here 20 years later, working with the same writers of the original musical to create this reimagining of it in this very unique way. I guess you could say it’s been a passion project for 20 years,” Schwind exclaims.

Despite having fallen in love with the original musical that debuted on Broadway in 1988, a production that received highly polarizing reviews from audiences and critics alike, Schwind knew that his adaptation needed to be something completely new, something that would reinvent the way we experience "Carrie." So, he looked to the center of her narrative to discover why it has held so steadfastly in the hearts and minds of audiences in order to embrace an innovative way to tell the story.

Schwind explains, “I think what’s at the core of the universality of the story is that everyone, whether its your grandmother or whether its my daughter, is familiar with the idea of the high school experience. There’s a commonality. We all know what its like to be psychologically, physically, and emotionally warped by that experience. We all know what it feels like to be Carrie.”

Grasping that viewers have a somewhat macabre empathy for Carrie, Schwind saw the possibility in inviting the audience to stand alongside her when it all happens—to recreate the high school environment and push us all into the belly of the beast. The terror that the others impose on Carrie, and the terror that she imposes tenfold in return, is now not only her experience, but is ours.

Schwind proclaims, “Carrie is a horror story, a psychological horror story, and I thought, how interesting to create an experience, which is not about inviting an audience to a fantasy world that they have no knowledge of, but to invite an audience into an environmental world that we’ve all been a part of, and it kind of holds us hostage in some way.”

What really sets Schwind’s production apart is how he aims to make it such an immersive experience. With the Southern California premiere set for March 12th, Schwind and his team of unstoppable theater talent, including Lawrence D. Cohen, the screenwriter of the notorious film of 1976, are completely transforming the La Mirada theatre to reintroduce us to the terrifyingly familiar world of high school. Don’t expect to sit on any plush seats watching Carrie’s revenge play out at a comfortable distance. Instead, put on some comfy shoes and your handy paint-spattered jeans, because you are about to be part of the musical action.

“In this particular version of the script, it’s a memory play that’s told from the perspective of the soul survivor, from her fractured memory. I thought it was so interesting to approach a theatrical adaptation of Carrie as a memory play, through an audience immersive experience in which the audience is asked to relive their own memory at the same time,” Schwind says.

Sure to not to duplicate the past depictions of "Carrie," Schwind knew he wanted to show a "Carrie" of today and explore how her story engages with modern society, rather than trying to imitate Stephen King’s book or Brian de Palma’s movie of the 70’s, or the play’s views of the 80’s.

Schwind’s crew also knew that this new take would enliven the zeitgeist of bullying, which of course is central to Carrie’s experience. Schwind believes it goes even further than that, however, defending that “'Carrie' is about bullying, but it’s also about more primeval things. It’s about an awakening of power. It’s about betrayal and cruelty, and a desire for love, revenge and retribution. It’s almost mythic in its basic core elements.”

Over the decades, "Carrie" has indeed achieved a mythical status, and its now time for all of us to join her and become part of the legend as Brady Schwind invites us to walk the halls of high school one last time.

"Carrie: the musical" will run at The La Mirada Theater through April 5, 2015. Buy tickets here.