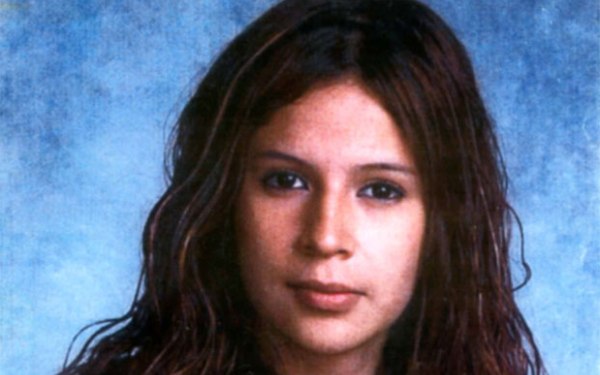 Investigators announced Tuesday the first in what could be several arrests in connection with the 2002 kidnapping and death of an East Los Angeles teenager who vanished while headed to school.

Rosemary Chavira was arrested Friday in Lancaster and charged with killing 15-year-old Brenda Sierra, according to the Los Angeles County Sheriff's Department.

At her arraignment Tuesday in a Los Angeles courtroom, Chavira pleaded not guilty to one felony count of murder, according to the district attorney's office.

Chavira's arrest -- and the promise that at least three others will be detained over the next month in connection with the killing -- marks a significant turn in an investigation that began  Oct. 18, 2002, when Sierra was reported missing.

Investigators said they now suspect that Sierra was targeted because her brother had testified as a witness in a gang shooting case about 10 days before the teen vanished.

Chavira and other suspects in the case were gang members at the time, said sheriff's Lt. Dave Coleman.

The morning she disappeared, Sierra left her family’s East Los Angeles home to walk five blocks to her friend’s home before riding together to Schurr High School in Montebello. But Sierra never arrived at her friend’s house, authorities said.

A missing person’s report was filed later that night, and the next day, her body was found face-down in an area of the San Bernardino National Forest known as the Valley of Enchantment.

Sheriff's investigators said Tuesday that Sierra was kidnapped in East L.A. near the intersection of Whittier Boulevard and Leonard Avenue, then taken to a "gang hangout" where she was sexually assaulted.

The teen was then taken to a vacant lot in East L.A., where she was fatally beaten with a blunt object before her body was dumped in the forest.

Chavira is being held without bail at the Century Regional Detention Facility in Lynwood. If convicted, she faces life in prison without the possibility of parole.

Authorities said that two additional suspects are in custody and will be charged in the coming days. They were not identified. Another suspect, Jorge Barraza, is believed to have fled to Mexico, detectives said.

Coleman said Sierra's family expressed happiness with the developments in the case.