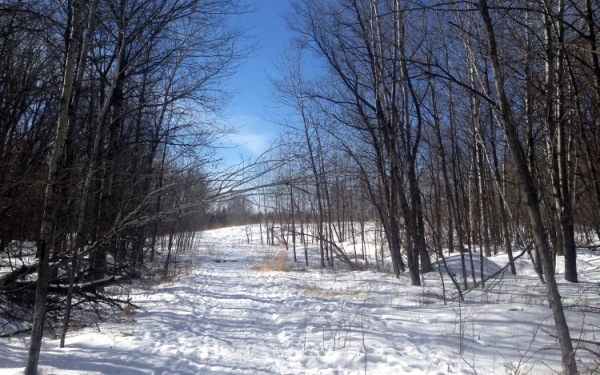 BEMIDJI, Minn. – Pink flowers adorn a tree by the wooded trail where a drunk college student wandered in her final moments, just before she slipped in a creek and froze on a bed of snow.

They honor 20-year-old Sandra Lommen, a Bemidji State University freshman whose manner of death, while rare, is all too familiar in the Upper Midwest. College students in recent years have been found frozen in fields, under a bridge, in an alley and on a porch.

The accidents have shaken campuses in Minneapolis, Duluth, La Crosse, Wis., and beyond, but particularly here, at this 5,000-student campus along the shores of Lake Bemidji. Just weeks after Lommen’s death, a second Bemidji student believed to have been drinking nearly died after spending hours in an alley on a frigid January night.

“Is that behavior private? Is it something that we would leave alone?” asked Bemidji State President Richard Hanson. “We don’t think so.”

More than 500 students filled a ballroom for a summit on campus drinking in earlier this winter, as Hanson called on students to take responsibility and look out for one another. The school has sent letters to parents about a new task force charged with examining how to prevent more tragedies. The group, which will draft a report for Hanson by May 1, is discussing how to offer more accessible transportation and train students to intervene on peers’ behalf.

They are wrestling with where to draw the distinctions between private drinking and campus responsibility. And should Bemidji State further restrict underage drinking, they wonder, or acknowledge that it will happen and find ways to make it safer?

It is dark and quiet here in the winter, when temperatures can dip to 40 below. Drinking, some say, is among the few things to do — even though the temperatures leave no room for error.

Student dorms line Birchmont Drive just across the street from the lake. The stretch of bars, like the Keg ’n Cork and Hot Toddy’s, are too far to walk in winter. The campus is dry, so students can’t drink in the dorms. For many underage kids, that leaves off-campus house parties.

Cabs offer $3 rides to students, but few use them. Hanson said that he’s looking into creating an endowment to fund free rides for students any time of day.

Bemidji Police Chief Michael Mastin pushed back against a suggestion to have free shuttles ferry students between the dorms and bars. “To me, that says, ‘Go ahead and drink. We’ll give you a free ride, we’ll bring you down there, get blasted and we’ll bring you back.’ … Come on, now.”

Brittany Hull, a 21-year-old residential adviser, knows that some students are afraid to return to their dorms after a night of drinking for fear of staff members calling campus security. Her approach is to let drunk students sleep it off if they’re not causing a ruckus.

Mastin told her that he doesn’t want anyone to freeze, but that “from my stance, they’re minors, they’re consuming alcohol, it’s illegal.”

Hull insisted: “But I mean, they’re going to drink no matter what.”

In December 2013, Alyssa Jo Lommel was found lying on a neighbor’s porch in Duluth with no gloves on, her hands swollen to three times their size after a night when the temperature hit 17 below. The sophomore at the University of Minnesota Duluth had done at least 10 tequila shots with friends and had wandered to the wrong house after being dropped off. Parts of her hands and feet were amputated.

“People can say that I was underage drinking in college and that’s what caused it, but in reality had it been a sunny day, I would’ve woken up and been like, ‘Oh, my gosh, what am I doing here?’” Lommel told the St. Cloud Times in April. Back at UMD now, she declined to be interviewed for this story.

After Lommel’s accident, Kristi Anderson of Orono, Minn., warned her 19-year-old son, Jake, to be careful while going out at the University of Minnesota in Minneapolis

“He said, ‘Mom, I’m not going to let anything like that happen,’” Anderson recalled. The same month, Jake attended an “ugly Christmas sweater party,” where he and other students drank alcohol. Jake disappeared while waiting to walk a female friend home, his mother said. He was found the next morning frozen to death near the Stone Arch Bridge, apparently after slipping on ice and falling down the bank. The temperature was 1 below.

Authorities said he died of acute alcohol intoxication and hypothermia.

Said his mother: “It should never happen to anyone.”

One clear risk factor for hypothermia is alcohol. The Minnesota Department of Health says that 59 people have died of hypothermia linked to intoxication over the past six winters — making it a factor in 36 percent of hypothermia deaths during that time.

Two-thirds of frostbite victims taken to a regional burn unit have been drinking or doing drugs. It’s common for patients to have been drunk at a party, have fought with someone and have tried to walk home when they’re not dressed for the cold, according to director Ryan Fey. One recent patient drunkenly left a party after an argument with one shoe on; another tried to trek home without gloves.

In Bemidji, Chief Mastin followed a street as it curved north, in sight of the trail that Lommen walked down after drinking at an off-campus party. The trail was in the opposite direction from campus. “Did she think she was going another way?” Mastin wondered.

In the weeks since the two accidents here, there are signs that the message to be extra cautious when drinking in winter is getting through.

Hull, the residential adviser, said that students recently knocked on her door, worried about a friend who had refused to leave a house party with the others. The students feared she would try to walk a mile home on her own. Hull stood by as they called campus security, which directed police officers to check on the student. The woman spent the night at the hosts’ home.

Jake Running, a Bemidji State senior, was friends with Lommen and gave her and his cousin, who were in a long-term relationship, a tour of campus when they arrived. He described her as one of the family and said she loved Bemidji State.

Running, 22, said students and authorities have been affected. As he walked home in the snow on a recent night, a police officer pulled up to ask him if everything was all right.

And when he’s out with friends now, they always make sure everyone has a way home, he said. “We’re looking out for each other a lot more.”