No. 1 place you don't want to be when the zombie outbreak hits 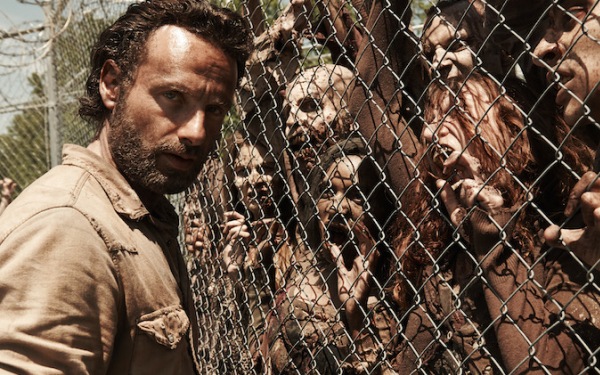 If "The Walking Dead" were to happen in the U.S., stay out of Northeast Pennsylvania.
(Credit: AMC)

If the zombie apocalypse were to strike the United States, there’s one place in the country you especially don’t want to be.

A computer simulation created by a team from Cornell University isn’t slamming our ability to evade or kill the undead, though, said Alex Alemi, the physics graduate student who led the project. Rather, the area is in the crosshairs because of its close proximity to so many major Northeast U.S. coastal cities.

To create the model, the team started with 7,000 randomly generated outbreak points — e.g., the first sick person — all over the country. Because of the many large population centers just a few hundred miles away, Northeast Pennsylvania was, when looking at all possibilities, the place in America most likely to be overrun within the first month, Mr. Alemi explained.

“If a zombie outbreak starts out somewhere there, you guys are toast,” he said, calling Thursday from San Antonio, where he presented his academic paper “You Can Run, You Can Hide: The Epidemiology and Statistical Mechanics of Zombies” at a convention of the American Physical Society.

When running the scenarios, the places at most risk on average tended to be places close to several cities and not necessarily the cities themselves. On the flip side, the mountainous areas of Montana and the deserts of Nevada were the safest in the model, thanks to their long distance from metropolitan areas and their own low population densities.

In his more serious research, Mr. Alemi said he has worked on things like elasticity (“how things squish”) and robot trajectory optimization (how to program a mobile machine to independently move from point A to point B without bumping into anything).

The zombie project, mostly undertaken for fun on weekends by Mr. Alemi and fellow graduate student Matthew Bierbaum, does have some real world application, he said. Because many of the general principles of building the disease outbreak model are universal, he suggested his and similar projects could offer a fun introduction for undergraduate students at a time when the topic of the undead is such a popular one.

“That’s honestly part of why I did this to begin with,” he said. “I wanted to better understand how these things work.”

Even Centers for Disease Control and Prevention, more commonly known as the CDC and famously blown up on the ratings-breaking TV show The Walking Dead, has hopped on the decaying back of the reanimated corpses, using an outbreak as a example of how to prepare for and respond to an emergency.

“What first began as a tongue-in-cheek campaign to engage new audiences with preparedness messages has proven to be a very effective platform,” the CDC writes on its blog for emergencies, zombie and otherwise.

Stephen Pancoast, M.D., an infectious disease specialist at Regional and Moses Taylor hospitals in Scranton, said that while the Cornell team chose a “stupid example,” they’re making a “worthwhile effort” that could potentially prove useful to public health officials in their planning to contain outbreaks of real diseases.

“Whether the effort is going to work, or be useful or not, who knows?” Dr. Pancoast asked. “But if you don’t do it, you’ll never know.”

Of course, unlike most diseases, zombie-ism can’t be overcome by a person’s immune system and continues to spread after its host dies.

To build their model, the team used data — such as a zombie’s ability to move one foot per second or human beings’ success rate at destroying the walking dead versus being bitten and turned — from another academic paper that in turn got their information from movies like “Shaun of the Dead” and “Night of the Living Dead.”

Randomness is built into the model, Mr. Alemi said, and much of the success of the zombies’ spread is based on how effective humans are at destroying the brains of their undead attackers compared to how often they get bitten.

But before running the projections and declaring Northeast Pennsylvania the most vulnerable, the Cornell team should have checked with William Chase, Psy.D., a clinical psychologist and assistant professor in the social and behavioral sciences department at Keystone College.

Dr. Chase has used the aftermath of a zombie apocalypse to teach students the dangers and difficulties for early humans navigating and adapting to a deadly environment. From a geographical and behavioral outlook, he said, Northeast Pennsylvania is a target for a zombie outbreak because the most populous areas and highways are boxed in by mountains on both sides. That terrain would likely funnel the disease rampantly through the population, he said.

But in running their own simulations and survival plans, students in the professor’s class got a head start on the rest of us, thinking about how to start a fire without matches, how to convert stream water into something drinkable, and where to avoid — mainly big box stores with food and gear that will attract scores of frantic people, making them hot zones for the virus and arm-munching walkers.

Luckily, those early plans are something they’ll (likely) never have to use.

“I’ve been in practice for 50 years, and I’ve never seen a zombie,” Dr. Pancoast said with a chuckle. “They’re pretty rare.”