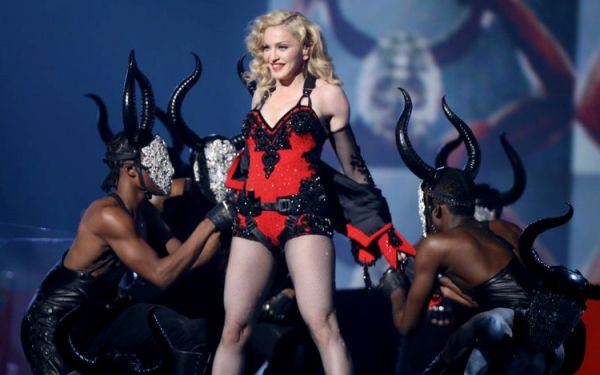 The previous two Madonna studio albums, “MDNA” (2012) and “Hard Candy” (2008), have come off as transparent attempts at co-opting the latest waves of dance music. She used to be a step ahead of the mainstream, artfully cannibalizing underground danceclub moves and turning them into pop gold. Now she was playing catch-up.

She sounds less desperate on her 13th studio album, “Rebel Heart” (Boy Toy/Live Nation/Interscope). Though Madonna is celebrated and vilified as a button-pushing rabble-rouser, she has actually done some of her finest work in a more introspective vein. Her best album in the last two decades, “Ray of Light” (1998), was also her most atmospheric and inward-looking. And “Rebel Heart” is in many ways a distant cousin, an unusually personal album that seems less about keeping up and more about taking stock. At least three songs reference her past hits, but she’s not celebrating herself all the time. On the contrary, she reveals insecurities that make her sound somehow more human and uncharacteristically vulnerable.

The album sags from an excess of songs and multiple personalities. The 19 tracks on the deluxe version cram together Diplo’s airhorn-blast ravers, wispier confessionals and a handful of daring outliers. Surprisingly, the keeper moments are the most inward-looking. That coincides with Madonna’s increasing acuity as a ballad singer; the squeaky-voiced pop diva has developed a warmer tone as she’s matured.

The electro-pop ballads “Ghosttown” and “HeartBreakCity” simmer in melancholy as Madonna reflects on a broken relationship (she ended a three-year fling with dancer Brahim Zaibat in 2013). “Joan of Arc” suggests that the steely air of self-confidence that has carried the singer through decades of stirring things up may be just a shield for deeper insecurities. The title track revisits some of the folk-rock tropes that have tripped up Madonna in the past, but the arrangement skips along with brisk strings and finger snaps while the singer psychoanalyzes herself as an individualist bedeviled by narcissism (who knew?). In addressing character flaws and missteps with unprecedented candor, she suggests how a onetime provocateur can mature and still remain interesting, if not remain at the center of pop culture as she once was.

She hedges her bets on the dance cuts. The coldly remote “S.E.X.” should be subtitled “Y.A.W.N.,” “Holy Water” conflates religion and erotica for the 3,243rd time in Madonna’s career, and the reggae-tinged “Unapologetic B.” and the pumped up “B. I’m Madonna” come off as half-hearted attempts to keep up with the younger competition on the pop charts, including Nicki Minaj, who raps on the latter track.

How much better would this album have been without those missteps and a few more tracks that venture outside of Madonna’s comfort zone? The wacky conspiracy theories and squelching video-game beats of the West-produced “Illuminati” and the low-key industrial-folk ballad “Body Shop” are welcome simply because they’re so unexpected. They’re part of a messily inconsistent but still-fascinating album, the type of Madonna release that no one could’ve predicted when she was in her “Like a Virgin” infancy.