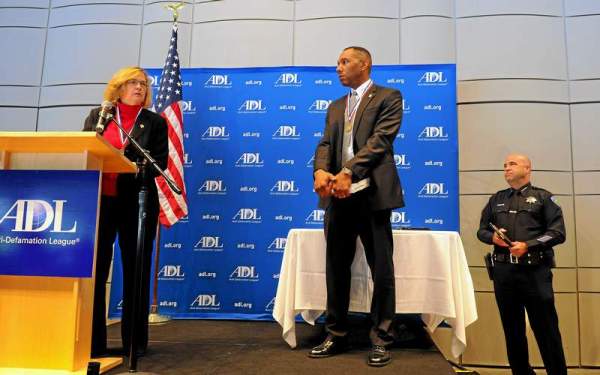 The Afghan-born Soheil Kabir, a former Pomona resident said to have recruited others into his radical brand of Islam, traveled to Afghanistan in mid-2012, maintained contact with the other three and arranged for them to join him, train to fight with the Taliban and then join al-Qaida, authorities said.

The Inland Empire Joint Terrorism Task Force — including the FBI, the U.S. Attorney’s Office, the Riverside County Sheriff’s Department and the Riverside Police Department — worked with a confidential FBI informant posing as a jihadist to uncover information about the group’s plans to travel and fight overseas.

The task force, one of several recipients awarded with the Anti-Defamation League’s Helene and Joseph Sherwood Family Prize for Combating Hate at the Skirball Cultural Center on Tuesday, rented an apartment for the men to meet, recorded their activities and learned that they went to a paint ball facility in Chino as well as area firearm facilities to practice combat tactics with assault-type weapons, prosecutors said.

But information shared by the public also played “a very critical role” in the investigation, said Kendrick D. Williams, special agent in charge of the Intelligence Division of the FBI’s Los Angeles Field Office.

“Citizens within the community, and, yes, the Muslim community as well as non-Muslims, came together and contributed to the successful investigation and prosecution” of this case, Williams said before the awards ceremony.

Community members recognized certain activities as atypical, such as people coming and going at odd hours, that evoked concerns, which were brought to law enforcement, Williams said. He declined to specify further.

The FBI arrested the other three men — Ralph Deleon of Ontario, Miguel Santana of Upland, and Arifeen Gojali of Riverside, all in their 20s — on Nov. 16, 2012, after they bought airline tickets to Afghanistan via Turkey in an effort to elude authorities. With the help of the U.S. Department of Defense, Kabir was apprehend by U.S. and Afghani military forces as an enemy combatant and brought back to the U.S. to face trial, authorities said.

Santana and Gojali pleaded guilty to conspiracy to provide material support to terrorists and are scheduled to be sentenced next week, said Assistant U.S. Attorney Susan DeWitt. Gojali faces a maximum of 15 years in prison, while Santana faces a maximum of 20 years.

After Kabir and Deleon went to trial last year and were found guilty of conspiring to provide material support to a terrorist organization and other related terrorism charges, they were sentenced last month to 25 years in federal prison, authorities said.

It was the first time that charges of material support of terrorism had ever gone to trial in the U.S. District Court’s Central District of California, as previous cases had settled before going to trial, DeWitt said.

Prosecution required collecting and analyzing a great deal of evidence, including roughly 1,000 hours of clandestine recordings made from the apartment and several hundred hours of the informant’s meetings with the men, as well as “thousands and thousands” of pages of personal emails and social media postings, DeWitt said.

“They said they wanted to go overseas to fight and kill, and they talked about getting training and talked about wanting to defend Muslims against oppression of the West, and the United States in particular,” DeWitt said before the ceremony. “The most damning thing in this whole case was their own words, their own intentions and their own actions.”

Other recipients honored by the ADL on Tuesday included Detective Ross Nemeroff of LAPD’s 77th Division, who investigated a brutal hate crime assault against a transgender, African-American woman, Sabel Samone-Loreca of Los Angeles, that occurred in April 2013. The 47-year-old’s injuries affected her vision and she had to replace some of her teeth with false ones, she said. She also ended up moving out of fear and had to move from place to place until she found a permanent home last year downtown, she said.

Nemeroff said he was just doing his job when he collected evidence, conducted interviews, obtained medical records and gathered damning video evidence that led to a 12-year prison sentence of the perpetrator.

“None of us have the ability to control who we love, the color of our skin, our religious background,” he said before the ceremony. “When we become victims of that, it means a lot that we’re able to take a case like that and go through prosecution and really send a message that hate is not OK.”

Samone-Loreca said she was grateful to Nemeroff, as well as to L.A. County Deputy District Attorney Fernanda Barreto for their help, including asking her if she needed a ride to the court proceedings.

“I never had a cop say those things to me,” she told the crowd at the Skirball Center. “It was a great feeling to know that me, as an African-American ‘transwoman,’ to go through the hate crime I went through, and to have it all taken care of.”