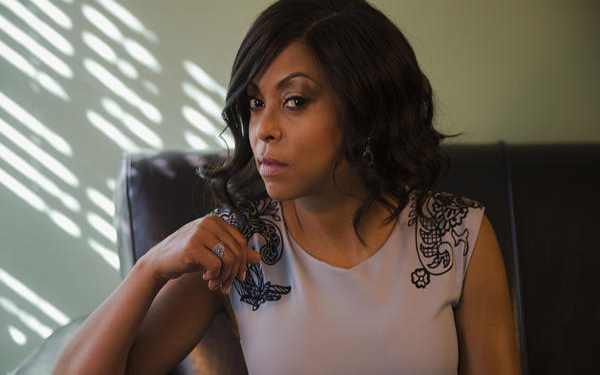 There may be traces of William Shakespeare in the Fox drama “Empire,” but there’s no way the Bard could ever have imagined this big, bold hip-hop twist on “King Lear.”

The TV blockbuster of 2015, “Empire” focuses on mercurial music mogul Lucious Lyon (Terrence Howard), who, after learning he has ALS, pits his three adult sons against each other in order to find a successor to lead his multimillion dollar company.

Also having a major say in things is his brash ex-con ex-wife, Cookie (Taraji P. Henson).

Co-created by Lee Daniels and Danny Strong, who collaborated on “The Butler,” the twisty, provocative series has defied TV norms by growing its audience on a weekly basis.

So why did it all come together so beautifully? Why did it work when most prime-time endeavors struggle to gain traction? As the show closes in on its highly anticipated two-hour March 18 season finale, let’s break down five reasons “Empire” rules:

She can rock the fur coats, animal prints and hair extensions. Her blistering one-liners come off like verbal blowtorches. She takes no guff, pushes buttons and has attitude to spare.

As ferociously played by Henson, Cookie is the show’s main attraction — a feisty, hotblooded diva who, according to Rolling Stone, “makes Olivia Pope look like a mousy little paralegal.”

There’s simply no one else like her on TV. Fresh out of prison after serving 17 years for the drug-dealing that financed the Empire label, Cookie is now on the warpath, fiercely determined to get what’s hers.

We can’t help but cheer for her every step of the way.

“Empire” is a monumental game-changer for network television — a prime-time drama about a black family and an aspect of black culture that hasn’t been depicted before.

Along with other successful new shows such as “Blackish,” “How to Get Away With Murder” and “Fresh Off the Boat,” the show has sent a loud message to programmers: America wants more than just white faces on their screens.

“What you’re seeing is that shows with people of color can make money,” Henson says. “They can do well. They can be successful. And when things make money, then people (in the industry) are interested.”

3. It has something to say

Right out of the gate, “Empire” boldly tackled weighty issues such as drug abuse, race relations and homophobia in the black community.

The latter topic has drawn much attention. In a key plot line, Lucious viciously refuses to accept his son Jamal (Jussie Smollett), who is gay. The story is loosely based on Daniels’ relationship with his abusive, homophobic father.

“Homophobia is rampant in the African-American community, and men are on the DL,” Daniels told a gathering of TV critics shortly after “Empire” debuted. “They don’t come out, because the priest says, your pastor says, your mama says, your next door neighbor says, your homie says, your brother says, your boss says. ... I wanted to blow the lid off the door on homophobia in my community.”

Not only does “Empire” bring the drama, it grooves along to a good beat.

As with “Glee,” the music is itself a star, with prolific producer Timbaland and his partners providing original songs for each episode that fans of all musical genres can find accessible.

“Even if ‘Empire’ did not exist, those songs could stand on their own, because they’re that legit,” says Smollett, whose recent duet with British singer Estelle — “Conquerer” — quickly soared up the iTunes charts.

Naturally, the show has already spawned a soundtrack album, and there has been talk of a concert tour.

Some shows resist being labeled a soap opera. “Empire” giddily embraces the genre — and all the cat fights, back-stabbing, wild twists, sex, camp and flashy-trashy excess that come with it.

Daniels was a huge fan of the 1980s prime-time soap “Dynasty,” and “Empire” often has been described as the black “Dynasty.” It’s a fitting comparison. “Empire,” like “Dynasty” is about filthy-rich moguls behaving badly. Lucious is the new Blake, and Cookie an update on Alexis. Blake even had a fractious relationship with a gay son.

“We all love to see people at very high levels — levels of royalty — who are bashing each other and bringing each other down,” Madden told thewrap.com. “That’s been a staple of drama since the ancient Greeks.”