Director Pierre Morel discusses his influences, his dream job and his latest film, The Gunman 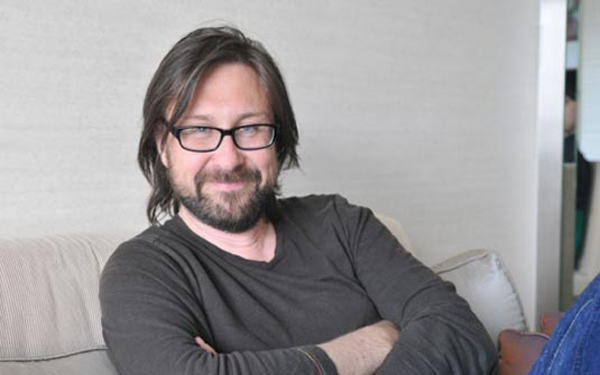 Pierre Morel is no stranger to action. Before directing his latest movie, The Gunman, he directed Taken and From Paris with Love, among others. As you've seen in his movies, he loves to shooting in exotic locales all over the world. This is true in real life too. After being in three countries in three days before arriving in Los Angeles, he sat down with Campus Circle to discuss his influences, his dream job and, of course, his latest movie, The Gunman, which stars Sean Penn as a former Special Forces soldier and military contractor suffering from PTSD who must go on the run from London to Barcelona and across Europe in order to clear his name.

When did you know you wanted to be a filmmaker?

It probably wasn’t until I was a teenager. Being a filmmaker is sort of a broad statement and you don’t even know what that really is when you’re just a kid. The first movie I saw and thought, ‘wow’ was Star Wars when I was twelve. I thought, ‘whoa, there’s something new there.’ When I was a kid, I didn’t really know what filmmaking was when I went to film school so I went up the camera ladder. I knew at one point I wanted to make movies and one thing led to another. It’s a long story, but it’s not like I knew from the get-go that I wanted to be a director.

You mentioned Star Wars. Was that the film that inspired you to make movies?

It was definitely one of the movies that [blew] my mind. It was a landmark movie in so many ways. That was definitely a movie that triggered my interest in filmmaking. Later on there were these movies like Blade Runner and Aliens – all sci-fi stuff – that really captured my attention.

Speaking of sci-fi, do you see yourself directing a Blade Runner or Aliens kind of movie?

I would love that of course. That’s my ultimate goal. I like sci-fi to a certain extent. To me, [Ridley Scott’s] Alien is the best alien movie ever made. In the beginning of the movie, you don’t really see much and that’s what makes it scary. But at the end, you see the tall figure and it’s really intense. I like sci-fi movies which are about the future of humankind, that ask where we’re going?

After the huge success of Taken, many people might see you as an action movie director. What action movies inspired you?

Early on, I loved the Die Hard and Lethal Weapon franchises. Later, I loved the car chase in Bad Boys. There are the classics too like Bullitt of course. Who doesn’t like Bullitt? Steve McQueen was the man. The action movie genre was never really big in France. Thrillers and noir are the big genres in France, so it’s mostly the American action movies that inspired me. Though I think the French noir movement really inspired a lot of American movies. The French New Wave was also a big inspiration to me. I think Steven Spielberg even said that [Francois] Truffaut [considered to be one of the founders of the French New Wave] was a big inspiration to him.

I don’t think there are many differences now unless you were to go in the middle of nowhere in Africa, which we didn’t do. Whether it’s London, Barcelona, Los Angeles, Cape Town, these are all places where the film industry is already there. The craft is the same everywhere. So far, I feel like you can shoot wherever you want and have the same experience. Filmmaking is almost a global language now, so crew people everywhere know what to expect. Everyone has the same tools, unless you really go off the beaten path and then that’s another issue. I do like to shoot productions in the actual locations. If you shoot in Vancouver, like many productions do, it just doesn’t look like L.A. for example. I’ve also seen Budapest stand in for Paris many times. I live in Paris and I just don’t buy it. Budapest looks nothing like Paris. That just doesn’t work for me.

Some people may not know the logistics of shooting on location. If you wanted to shoot in Paris, why couldn’t you shoot in Paris?

It’s a whole lot of money. It’s as simple as that. Getting all of the permits you need to shoot in Paris is very expensive. There could also be scheduling issues. If you are working on a movie with a lot of location shoots, it just might not be feasible to get the permit to shoot at a particular location that fits the schedule. We were fortunate to be able to get the locations we wanted with this movie so I’ll keep my fingers crossed for the next one.

Is there a location where you haven’t shot yet where you’d really like to shoot in the future?

I’ve shot a commercial in Asia, but I’d really love to film in Asia. I don’t think Asia has been used enough for filming yet. China, Japan, South Korea and Thailand are all really beautiful places. I’d also love to shoot something in the desert – one with a lot of dunes, like the Sahara perhaps. Ice deserts or rock deserts would be beautiful too, like in Iceland. Iceland is a very beautiful country. Tom Cruise’s movie, Oblivion, shot in Iceland and it’s just a beautiful country.

I know you didn’t write the script, but did you feel anxiety about shooting a movie based on a book?

No, because the movie evolved so much. We kept some of the basics of the book, the core of the story, so I don’t think we will disappoint fans of the book. When you watch a movie after you read the book, it never matches what’s in your mind. I was a huge fan of “The Lord of the Rings” which I read many times as a kid. When I watched The Lord of the Rings onscreen, it was similar, but many things were changed actually. But it worked, big time.

Is there another book you’ve read where you thought that it might make a great movie?

I tried to [adapt] “Dune” which I know is another sci-fi movie. It didn’t happen unfortunately. And it has my three loves, sci-fi on location in a desert. The trifecta! It’s a cool, cool story and the movie was well done by David Lynch. For the 80s, it was really cool, especially the costumes and the design, but I’d love to see what I could do with it now. The project is floating around somewhere now and maybe it will fall back into my hands.

Sean Penn is a big personality. Javier [Bardem] is a big personality. They’re all fantastic actors and they delivered. It doesn’t take all the pressure off, but it helps me as the director when they’re always delivering good stuff. Sean is also a director and a writer and a producer so he knows all the tricks of the trade. They’re all professionals so they understand what needs to be done. As long as the characters are defined early on, you’re good.

The Gunman opens in theaters March 20.