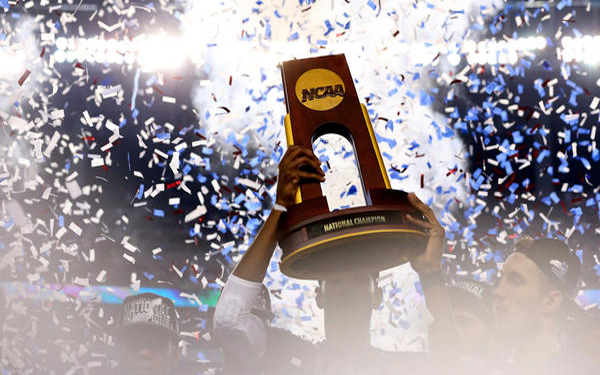 In the fantasy sports world, college basketball players are the geeks’ geeks.

And Walter Waddell could be one of the geekiest. This week the NCAA tournament takes over his world, or as much of it as the Portland, Ore., family man’s life will allow. While most of March Madness-crazed America will be filling out brackets, he will be scouting individual players for his tournament leagues.

“I stay up very late,” said Waddell, a Cash America retail manager and Seattle native who also hosts a fantasy college basketball podcast. “When I wake up in the morning, I have a short window (till) I go to work. Over lunch I check Twitter for injury news. … I rely a lot on a network of friends I built over last few months.”

Fantasy college basketball is just a small dent in the $3.6 billion overall market, but there are indications it is gaining a foothold.

So how does fantasy NCAA tournament work?

“It’s much more limited and compact (than seasonal leagues). It’s a far shorter process but it’s much more intense,” said Kevin Miller, co-founder of fantasypostseason.com, a commissioner service for fantasy leagues that run only during a sport’s playoffs. “It’s about the math: how well they’re going to perform over how many games they’re going to play.”

Picking a Kentucky player, for example, could be a problem because none of them stand out from teammates statistically.

“If you pick (Aaron or Andrew Harrison), they might get you five points, three rebounds. They may not be as good as someone from one of the smaller schools who could go two or three rounds and get you 25 points per round,” Miller said.

DraftKings has launched a $100,000, 64-team tournament this year called “March Mania,” which starts with Thursday’s real-life round of 64 and runs through the Sweet 16. Qualifiers either paid a $100 or $200 entry fee by Saturday or played their way into the tournament by surviving pools of $2, $5 or $20 “satellite” entries. The qualifiers draft lineups of eight college players under a $50,000 salary cap, then face a rival in a do-or-die matchup on Thursday. On Friday, the survivors re-draft new players and go head-to head against a new opponent. It goes on in this manner until the NCAA’s regional semifinals, when the final pair of fantasy contestants face off for a $20,000 grand prize.

For its March Madness promotion, FanDuel will award $250,000 in prizes through a survivor league called “Survive the Madness,” which also starts Thursday but runs through the Elite Eight. A maximum of 2,870 hopefuls can pay $100 to enter, while others took the satellite route. Half the contestants get knocked out after each round, though they start winning prize money if they reach the third round. First place wins $40,000.

Users on both sites can play fantasy college basketball at any point during the tournament without participating in one of the contests.

Industry watchers have seen March Madness make inroads into fantasy, but say its impact on the business is still minimal.

“I can tell you that college fantasy basketball in general has gone up from almost nothing,” said Peter Schoenke, chairman of the Fantasy Sports Trade Association.

More than 41 million people played fantasy sports in the U.S. and Canada last year, and Americans spent $492 million on challenge games. The FSTA hasn’t tracked fantasy college basketball’s share. Still, Schoenke estimates that the segment has grown “five or 10 times what it was.”

While FanDuel and DraftKings say fantasy college basketball is catching on, market researcher Adam Krejcik is less certain about its prospects.

“It’s interesting they say that’s the fastest growing vertical, it’s probably because it’s coming off a pretty small base,” said Krejcik, a partner at Eilers Research. “If you look industry wide, the NFL is far and away the No. 1 segment for everyone.”