Exposing sexual assault on campuses in The Hunting Ground 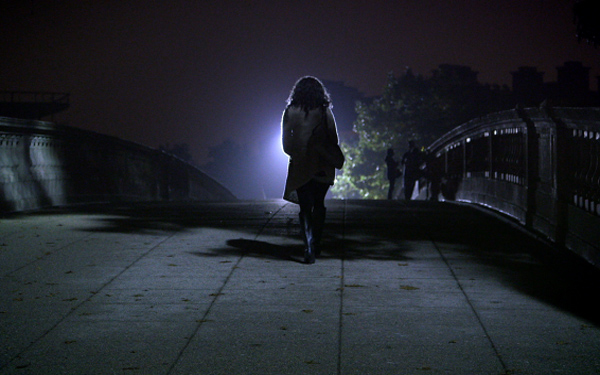 When documentarian Kirby Dick made his groundbreaking film The Invisible War (2012), he was unveiling the masked evils that lay within the very institution we, as Americans, believe is keeping us safe. The fact that the U.S. Army has been continually covering up reports of sexual assault within its own troops was maddening and nearly unfathomable. How could such an establishment betray its own heroes simply in an attempt to keep face in the public eye? Well, after exploring that complex and sadly necessary question, Dick has now turned away from the men and women overseas to examine the nation’s youth who are experiencing similar battles but in the place they are promised to thrive and discover self-worth, not self-destruction: college.

With his latest, The Hunting Ground, Dick firmly inspects the ongoing epidemic of sexual assault on college campuses across America. The problem starts with a refusal to take the necessary actions to thwart sexual assault on campuses once and for all; the colleges and universities themselves decline to support and protect the previous and future victims of rape. Instead, protocol has evolved to support and protect public relations, the presidents of these establishments, and in many cases, the rapists themselves.

Dick’s narrative revolves around two young women who were victims of sexual assault early in their college careers—one who experienced rape before classes had even started. What these two shared in common was the initial fear of speaking out, and once they did, an overwhelming resistance from their college, UNC Chapel Hill, to intervene emotionally or punitively in terms of the culprits. Instead of justice, these women and most of the others who have fallen victim to sexual assault receive skepticism and often blame.

We follow these two women as they form a movement for victims to not only speak out against predators, but to speak out against their respective institutions that continuously put power into these predators’ hands. Throughout, Dick unveils a sickening, yet simple truth of America’s university system: it is a business, and what is worse for business than association with rape?

Through dozens of tender, heart-wrenching, and brave testimonies from both women and men of various colleges, we begin to understand that our young citizens are targets of a mass conspiracy and suddenly, the documentary takes the shape of a horror film.

Just like The Invisible War, where our military personnel were at the hands of a governmental cover-up, and also similar to the subject of Robert Kenner’s recent documentary Merchants of Doubt (2015) where public relation firms cover up the scientific facts about our biggest sociopolitical issues, a common thread can be drawn: people are becoming increasingly subjected to big corporations and the advantages they are taking have become inextricably life-threatening.

The power of Dick’s documentary lies in the natural bias we should all have towards it—a bias that is good, that is pure, that is inherently human: the bias to protect our children, our friends, our loved ones. Whether or not The Hunting Ground proves to be Dick’s best cinematic work is moot considering its content is unmistakably imperative to the safety of our communities and where us citizens stand in the eyes of our institutions.

When a university’s biggest fear is a tarnished reputation rather than a suicide in response to not the rape itself, but the handling of the rape by the administration and its cohorts, then we know we have an urgent problem on our hands. In this sense, The Hunting Ground becomes a call to action, and these students are its soldiers showing us the window of opportunity—a window of necessity rather—to take back the night.

The Hunting Ground is now playing at Laemmle's Playhouse 7 and opening March 20th at Laemmle's Claremont 5. Buy your tickets here.