‘Blurred Lines’ verdict would rock Amadeus and other great composers 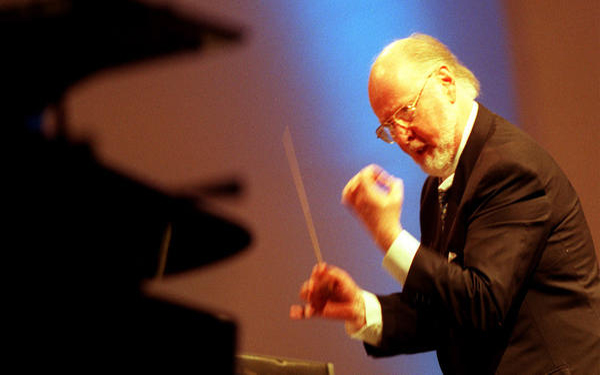 “A good composer does not imitate, he steals,” Stravinsky reputedly said. He may not have said it, but it fits.

Stravinsky stole like mad, and it wasn’t theft. Stravinsky worked the way composers have always worked, basing their scores directly or indirectly on someone else’s music.

Pop music artists and critics are properly incensed over the “Blurred Lines” mess. Following a closely watched trial, Robin Thicke and Pharrell Williams were ordered to pay $7.4 million to the heirs of Marvin Gaye, who claimed the duo’s hit song, “Blurred Lines,” plagiarized Gaye’s 1977 “Got to Give It Up.”

Out of this lawsuit, which is essentially a spat by millionaires about money, the court has attempted to regulate the rules of musical composition.

In pop music, rhythmic patterns and bass lines are essentially common property, as my colleague and pop music critic Randall Roberts noted after the verdict.

In fact, the argument goes back further. So-called creative thievery isn’t just the privilege of pop musicians; it is the God-given right of all musicians and the very basis of Western music.

The millennial-old Gregorian chant is in the DNA of Western music. Once the chant became the foundation for writing large-scale, multi-part Masses and motets in the late Middle Ages and Renaissance, composers were given a laboratory for developing what became modern harmony, counterpoint and rhythm. And as the Mass developed, the more commonplace the source of the Mass’ foundational melody the better.

In the early 16th century, Josquin des Prez, one of history’s first and most influential experimental composers, was known for writing what was called a “paraphrase” mass, meaning it revolved around a sacred tune, say a chant. Palestrina built his sumptuous “parody” Masses around popular secular tunes.

Credit, though hardly cash, was given where deserved, and the masses were always named for the tune (or tenor) on which they were based. If an outlier composer wrote an original tenor, the Mass was somewhat dismissively deemed a “missa sine nomine,” a Mass without a name.

There was no issue of ownership. Pre-existing material was nothing more than building blocks, just as an A major scale might be. Music was born as an art of absorption. When Bach made concertos out of pieces by Vivaldi, he bettered Vivaldi, and the pieces became Bach. You would be hard put to find a great composer who didn’t use what came before, and the more progressive the composer, the bigger the bandit.

Stravinsky tried to cover his tracks in his revolutionary “Rite of Spring” by placing Russian folk melodies in the context of new rhythms, but scholars have found him out.

Schoenberg founded 12-tone music yet sometimes used rhythms that the “Blurred Lines” judgment would have given Mozart the right to demand that Schoenberg cease and desist. Where would music be today if Wagner had been able to copyright his “Tristan” chord? The Scriabin scholars who are holding a conference at UCLA this weekend would be out of work.

Do we really want the courts telling us that we had no right to “Star Wars’” music? John Williams all but lifted the core idea of his soundtrack score from the Scherzo of Erich Korngold’s Symphony in F-sharp Minor, written 25 years earlier. In music, lifting need not be plagiarizing; it can be elevating.

We now have the legal precedent that Williams may have too much absorbed the spirit of a small Korngold passage in an hour-long symphony. But what he really did is what artists do at their most significant, pay close attention to the world around us and discover consequence in it. Williams saw in a Korngold kernel literally the universe.

Where does this leave ownership? Should a piece of music that is performed intact belong exclusively to the artist who made it? In theory, yes. “Eleanor Rigby” is “Eleanor Rigby” whether sung by a barbershop quartet or a rapper. But its Eleanor Rigby-ness cannot be translated into legalese.

Musical ownership is a relatively new concept and not quantifiable. It is anyone’s guess whether ownership can survive the accessibility the Internet provides or the avariciousness of the music streaming services.

Both sides asked the wrong questions in their “Blurred Lines” arguments. The issue is not who gets the money, but who cares? Would Marvin Gaye have had an issue with “Blurred Lines”? Let the musicians figure something out. They’ve done a pretty good job of that for more than 1,000 years.