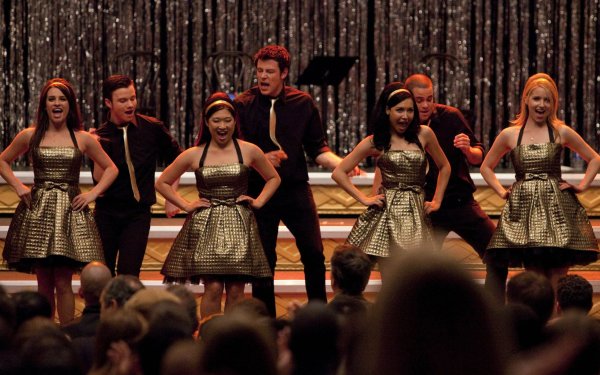 It was obvious from the start that Fox knew they had something special with “Glee.”

The series about a ragtag group of high school students who come together to make beautiful music didn’t officially launch until Sept. 9, 2009. But Fox aired the first episode in May, creating a summer of buzz.

By the time the 2009-10 season rolled around a “Gleek” nation had been born. It’s been a phenomenon for six seasons — 122 epsiodes — that comes to an end with a two-hour finale Friday, March 20.

“Glee” exploded onto the TV landscape like no other program. Not only did it find ratings success, it became a dominate force on iTunes, spawned a concert tour and film based on those performances, made media darlings of its unknown cast and made history by broaching topics that were previously avoided on TV shows.

Here’s a closer look at its TV legacy.

“Glee” became a success that on paper should have never happened. The basic pitch for this show sounds boring: A teacher tries to save a high school glee club.

“The show is a weird thing because it’s a one-hour comedy and it’s a musical. And I don’t think anybody would think that I would be interested in that, based on the things that I’ve done, but I’ve always loved that since I was a kid. I sort of grew up with that,” Murphy says.

He took that rather uninspired concept and gave it more gravitas through the story lines. In between musical numbers, which ranged from salutes to Lady Gaga to a staging of “The Rocky Horror Picture Show,” were stories dealing with teenage pregnancy, fitting in, eating disorders, body image, cyberbulling, transgender, adoption, homelessness, physical limitations, faith, celibacy, spousal abuse, accepting your child’s sexuality, Down syndrome and dyslexia.

And, because of the death of “Glee” star Cory Monteith in 2013, the cast, crew and viewers had to face the harsh realities of death.

The story lines touched many viewers. Dot-Marie Jones, who plays Coach Beiste, says she often heard from young girls dealing with tomboy issues or women involved in domestic violence or those transitioning.

Not since “Miami Vice” has there been a show this in tune with popular music. Works by Amy Winehouse, Kanye West, Beyonce and Journey are part of the show’s musical tableau. Unlike “Eli Stone,” “Viva Laughlin” or “Cop Rock,” the music in “Glee” was always organic.

“The form follows the content,” says co-executive producer Ian Brennan. “It’s not like we’re throwing music onto a show. It’s about a glee club, the music comes out of it, which is great. It’s not about lawyers singing or doctors singing. It’s like the music is in there. We just kind of let it breathe.”

It wasn’t enough to see the cast perform the numbers. Fans downloaded the music at a record pace. In 2010, the “Glee” cast surpassed The Beatles, who charted 71 times on the Billboard Hot 100 chart. A year later, they passed Elvis Presley, who had 108 chart entries. The “Glee” cast became the first act to top 200 entries when they passed that milestone in 2012.

It started with the group’s first big musical number, a cover of Journey’s “Don’t Stop Believin’” that has sold more than the song’s original release.

Other big hits have included covers of Katy Perry’s “Teenage Dream” and Bonnie Tyler’s “Total Eclipse of the Heart.”

It’s not unusual for a TV show to be turned into a feature film. But, “Glee” gave birth to a concert tour film while the show was still on the air.

There’s been no TV series to come close to such musical domination.

It’s one thing to find good actors. It’s another to find first-rate singers. This cast has both.

Jane Lynch was the best known member of the cast.

But they all quickly became familiar names, especially Michele and Colfer who have gone on to work outside the McKinley High School walls.

Colfer has gone on to write several books along with writing and staring in “Struck By Lightning.” The quiet young man has turned his “Glee” days into a broad-based career.

As gay teen Kurt Hummel, Colfer sang and danced as much as any other member of the talented cast. But it’s his acting of powerful story lines — from emotional moments with his father (Mike O’Malley) to dealing with never-ending bullying — that’s earned him accolades.

“I love the dramatic scenes that I get to do in the show because it’s fun. It’s like candy. You get to be gritty and gross, and any time Kurt’s having an emotional breakdown, I’m loving it. Good fun for me,” Colfer said in a 2011 interview.

THE END IS HERE

“Glee’s flame went out almost as quickly as it started. Ratings numbers began to sag after several of the major players — including those played by Colfer and Michele — graduated and moved away.

Split stories didn’t have the same appeal and Fox finally ended the show. That end didn’t come until “Glee” had established itself as one of the biggest success stories in TV history.

School’s over, but the show’s legacy lives on in the hearts and minds of “Gleeks” everywhere.