Sony jumps into the online TV game with PlayStation Vue 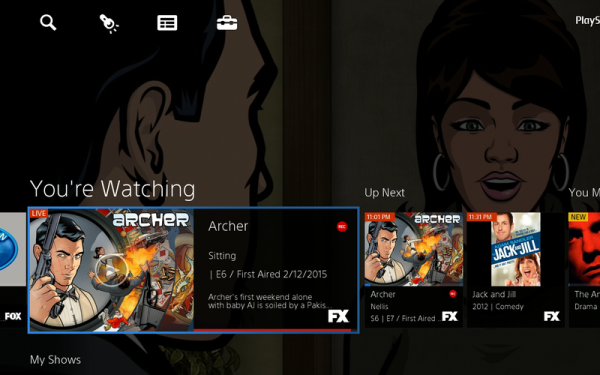 Sony jumped into the online television game in a big way Wednesday, launching a PlayStation subscription service that is the first of its kind to include local TV and sports broadcasts.

PlayStation Vue, which costs between $49.95 to $69.95 per month with no long-term contracts or equipment rental fees, started in New York, Chicago and Philadelphia. But Sony hopes to roll it out in the Bay Area and other major U.S. markets later this year.

And published reports this week said Apple is also working on a $30 to $40 per month online TV service of its own to launch this fall.

But Sony will be a force in the market because its PlayStation 3 and PlayStation 4 consoles are already installed in 35 million U.S. households.

PlayStation Vue includes up to 85 channels, an easy-to-navigate program guide and a cloud-based DVR. It is accessed through an app downloaded onto the consoles, although Sony also plans to make viewing available soon on Apple iPads.

Sony is counting on a big segment of the age 18 to 24 video game players who are cord-cutters and PlayStation owners. And Sony believes the potential audience is wider because other members of the same household could be attracted to just the TV service.

“For the user base that we’re targeting, the box is already in the house,” said Eric Lempel, a vice president for Sony Network Entertainment. “This is the audience that has been abandoning a lot of these networks in the past.”

But what sets Vue apart are the deals Sony cut to carry local market broadcasts of stations owned by NBC, CBS and Fox. That includes Spanish-language broadcasters Exitos and Telemundo.

CBS’s own online $5.99 per month streaming service, CBS All Access, also includes local broadcasts of network-owned stations in 14 markets, although CBS affiliate stations have just agreed to terms to join All Access.

Those channels could spur more cord cutting because live televised sports are “historically one of the major drivers of pay TV subscriptions, not just in the U.S., but globally,” said analyst Dan Cryan, senior director of media and content for the business analytics firm IHS.

Lempel would not give a specific timetable when Vue will be available in the Bay Area or other major cities, but noted PlayStation’s North American headquarters is in San Mateo.

“The Bay Area is very important to us,” he said. “Aside from the massive number of PlayStation fans (here), our employees want to use this.”

One glaring hole in Vue’s lineup is the lack of any Disney programs. That includes any programs broadcast by ABC-owned local stations, the Disney Channel and national sports network powerhouse ESPN. (The Hearst Corp., which owns The Chronicle, owns a 20 percent stake in ESPN.)

A Sony spokeswoman said was still in “active discussions” with other networks.

And Lempel said cord-cutters “don’t want 700 channels. We wanted to tailor this as much as possible to our audience and bring in what the gamer household wants.”

Cryan said that although “the channel lineup is not complete, there’s a lot of stuff that people care about and the functionality is very interesting.”

One feature is the virtual DVR. Vue subscribers can tag an unlimited number of favorite shows, which are automatically recorded in the cloud and available for up to 28 days without the space limitations of a physical DVR.

Other programs are available for up to three days without scheduling a recording ahead of time.

As Dish Network did with its Sling TV, Sony scrapped pay TV’s familiar text-based program guide grid with a photo-centric guide that can be personalized to highlight the viewer’s favorite networks or programs.

“With Sony, and potentially with Apple, we’re starting to see the role of the user experience coming into the competition for the TV market in a way that has not been done before,” Cryan said.

Whether Vue succeeds depends on how fast changing online TV market evolves. Dish Network is continually adding to its Sling TV service, while HBO has struck deals with Apple and Cablevision to distribute its $14.99 per month HBO Now when it launches just in time for the season debut of “Game of Thrones.”

And then Apple’s reported service could tip the scales “because the Apple device ecosystem is so immense,” Cryan said.

“The biggest thing people tend to ignore is the ability for the current incumbents to respond and respond aggressively,” he said.