College basketball is in crisis and needs a change of pace 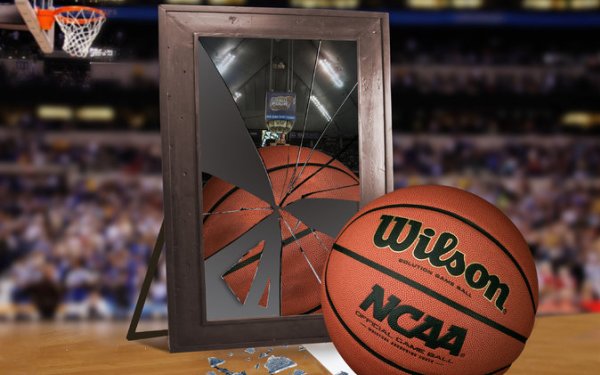 Kentucky Coach John Calipari may have summed it up best when he said recently: “I just want the regular season over with.”

The NCAA tournament, which began Tuesday with play-in games, has arrived to rescue us from months of a different kind of madness.

No one even pretends anymore that the college version of a great game, conceived by James Naismith and propagated by John Wooden, is in good shape.

This season’s national per-team scoring average, according to analytics guru Ken Pomeroy, was 66.85 points per game entering the NCAA tournament, which began Tuesday. That projects to eclipse the record low of 66.91 points in 2012-13.

College basketball coaches are strangling free-flow offense with their incessant use of timeouts and go-slow tactics of clock-shot management.

The exodus of one-and-done players to the NBA continues to deplete the talent pool and refocuses the game on defense, which is easier to teach.

“You don’t need any talent to play defense,” said Fox analyst Kevin O’Neill, a former USC coach. “You need guys to bend their knees, get their butts in a stance and keep the ball out of the paint.”

Basketball has become the opposite of football, where defenses are chasing innovative, fast-paced college offenses like those run at Oregon and Auburn.

College hoops lacks a “counterpunch” to the molasses movement, said John Akers, editor of Basketball Times, a website devoted to the game.

The stingiest teams exhaust the 35-second shot clock while, as Pomeroy puts it, “hunting and pecking” for offense.

Virginia, the Atlantic Coast Conference regular-season champion the last two seasons, is a prototype for today’s style. The Cavaliers rank 221st in scoring offense (65.3 points per game) but hold opponents to a national low of 50.7 points.

During a recent game at Syracuse, Virginia scored two points in the first 12 minutes — and won easily.

The complaints are not coming from people who hate the game; they’re coming from those who love it.

“I think the game is in crisis,” said Doug Gottlieb, a former college player who is a CBS analyst. “And I don’t think it’s in crisis just because of the final scores.”

College basketball has two distinct seasons: what might be called the “Mundane Months” and the one everyone loves, “March Madness.”

The NCAA tournament has become a three-week spectacular, like a World Cup or an Olympics. It is exciting, gambler-friendly and compelling even to casual fans. The lack of aesthetics gets overlooked because of the single-elimination drama and sizzling Cinderella story lines — USC Coach Andy Enfield got his job after his former team, unheralded Florida Gulf Coast, in 2013 became the first No. 15 seed to win two games.

Perhaps nothing has been more damaging than awarding automatic NCAA bids to conference tournament champions. One bad day or a lucky shot can wipe out four months of hard work.

In 2012, Washington went 14-4 to win the Pac-12 Conference’s regular-season title, yet was not invited to the NCAA tournament.

Last year, UC Irvine won the Big West regular-season title only to watch Cal Poly, with a losing record, earn the conference’s automatic NCAA bid because it got hot for three days in mid-March.

This season, Murray State won 27 games and went 16-0 in the Ohio Valley Conference, only to lose the league tournament championship on a last-seconds shot by Belmont. That shot sent the Bruins (22-10) to the NCAA tournament, while Murray State had to settle for the far-less prestigious National Invitation Tournament.

College basketball is a cautionary tale for why college football doesn’t want to risk its riveting regular season for an extended playoff.

The best players and coaches pose different sorts of problems. The elite players don’t stay in college long, and the top coaches justify their mega salaries by suffocating the game with their expertise.

Complex data provided by services such as Synergy Sports and by Pomeroy at KenPom.com also may be stagnating the action. “No doubt, increased information helps defense more than offense,” Pomeroy said.

National attendance figures sagged 2.2 percent in 2013-14 and it looks like the trend continued this season as cable and conference networks saturated the airwaves with games.

Fans once eagerly awaited intersectional rivalries like UCLA vs. Notre Dame. This season, only die-hards would remember Duke at Wisconsin on Dec. 3.

On a recent Saturday in Los Angeles, 51 college games were available on television.

ESPN has yet to seize broadcast rights for the NCAA tournament. It overcompensates by seemingly airing every game from November to the Sunday when the field of 68 teams is announced.

The season itself is boxed in: on the front end by college football, at the back by CBS, which spent billions of dollars for the rights to broadcast the NCAA games and then, immediately after, the Masters golf tournament.

So extend the season?

That’s not a popular idea, either.

“March, that’s our month,” Big West Commissioner Dennis Farrell said. “We own March. Why would we give that up?”

Today’s problems can be traced in part to a tournament going overboard as it adjusted from being so exclusive that it left out teams that could have challenged for a national title.

USC didn’t make the tournament in 1971 despite going 24-2 because only league champions made the field and the Trojans lost twice to UCLA, which would win the national title. But the team that really tipped the course of postseason history was the 1974 Maryland Terrapins, arguably the best team never to make the NCAA tournament.

Maryland was led by three superstars — Len Elmore, Tom McMillen and John Lucas — yet stayed home because bids were limited to one team per conference. Maryland, which was ranked in the top five, lost the Atlantic Coast Conference tournament title, in overtime, to North Carolina State, the eventual national champion.

He was warned by his mentor, Big East co-founder Dave Gavitt.

“He was not happy when the tournament went from 48 to 64,” Tranghese said of Gavitt. “He thought we’d gone too far.”