Sebastião Salgado's photography comes alive in The Salt of the Earth 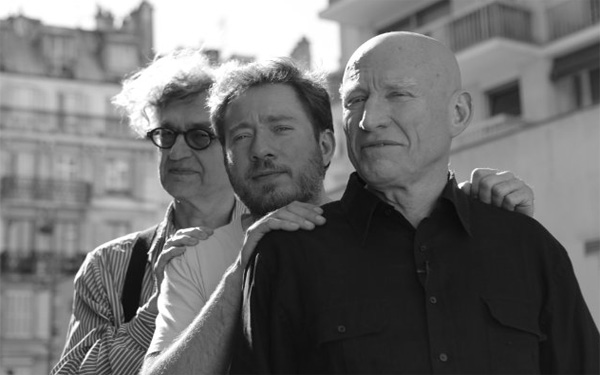 By looking at a photograph, we see a translation of perception—perception that is bindingly unique to the photographer who took it. We aren’t just bearing witness to the content within the frame, but also the photographer’s history, culture, and actions that swayed him to capture that image just so. In this sense, Sebastião Salgado’s photography is no different, but it is within our discovery of his spirit where he finds himself alone, a man of an unmatched consideration of our world and our role as humans within it.

German director Wim Wenders (Piña, 2011) instantly felt a kinship with Salgado’s photos when he realized the underlying and deeply engrained theme that drove every single image in the Brazilian photographer’s body of work: the love of humanity and the need to connect to it. And so, he presents us with The Salt of the Earth, a documentary that is simultaneously lush but stark, and hopeful yet somber as we follow the life, both in and out of the frame, of Salgado himself.

Through simple breathtaking exposition and matter-of-fact narration, Wenders introduces us to Salgado’s work by sensibly pointing us towards the reasons why Salgado’s photography and his philosophy behind it are like no other. We trace his path from being a young man with a successful career in economics, to his seamless evolution into a man with a camera for a hand, who wants—no needs—to capture the human condition as it faces the grim fates of life. After taking countless photos of the worst a human can endure—hunger, disaster, and war—it’s no wonder that the soul of Salgado was worn to the bone, forcing him to put the camera down after decades of groundbreaking social photography… At least for a short while.

Wenders joins Salgado, now 71 years old, and his son Juliano, who co-directed The Salt of the Earth, as they hit the road for his latest collection, Genesis. Marking the turn of his career, Salgado turns his lens away from the atrocities of life to instead motivate consideration of the earth that lies at our feet. The whimsies of wildlife and the modest nature of our indigenous peoples present an altered outlook on our world, and it was through that new landscape that Salgado was able to reestablish a connection to it and his love for photography.

Although the adventure is stunning to witness, it overwhelms the film by sacrificing a rich biographical component. As he’s always been the lad left behind while his father traipses around the world snapping photos, it seems that Juliano would have been profoundly impacted by this expedition with his father. We hear few testimonies of the impact of his father’s career and fewer from Salgado about his conscience in regularly departing from his family. Unfortunately, Wenders leaves the narrative somewhat strictly to Salgado, and while he is remarkable in his own right, it seems something worthy may have been lost in the wilderness.

Having started his film career in narrative filmmaking, such as the spellbinding Paris, Texas (1984), Wenders is no stranger to the land of fiction and the wealth of creative freedom it provides. It was only in his later years when the subjects of reality captured his attention, proving that there is nothing more imaginative than what we already experience here in front of us. This is truly the spirit of both The Salt of the Earth as well as its subject, Salgado. Both show an invaluable quality in the breath of the human to endure and to fight. Yes, sometimes failure or tragedy prevails, but its what we do in its aftermath that has defined us as a species.

Wenders is a master of cultivating feelings of wonder through his profound and evocative imagery. Partnering once more with cinematographer Hugo Barbier (Pina), we are granted an immense scope while still staying intimate within Salgado’s own recount of his story. Seeing the façade of Salgado emerging behind the projections of photos as he relives the content within, haunts, moves, and fills us with the proximity of spirit between the man and his art.

And witnessing such is the magic of The Salt of the Earth. We not only get to gawk at photos of the highest caliber, but through Salgado’s stories, we get an expert perspective on capturing the world’s beauty. And for that, we can truly thank Salgado.

Click here to register to win a Salt of the Earth movie poster and a Samy's Camera gift certificate in L.A.

Click here to register to win a Sony Pictures Classics DVD box set and a Salt of the Earth movie poster.

The Salt of the Earth opens at The Landmark in L.A. and at The Angelika and Lincoln Plaza Cinemas in New York on Friday, March 27th. Coming soon to a theater near you!
Buy Tickets