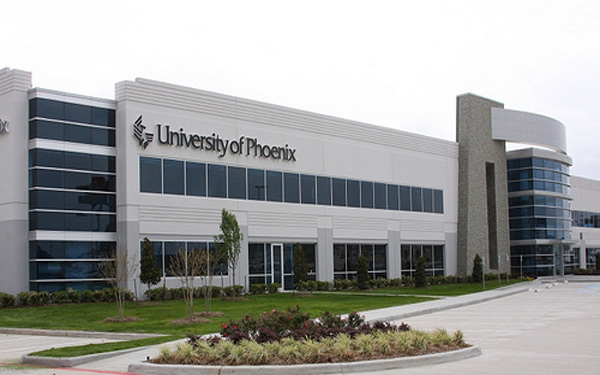 University of Phoenix in Spring, Texas.

The latest in the continuing saga of what's wrong with America's education system comes from the University of Phoenix. The non-traditional university and creator of inspiring television commercials once boasted an undergrad enrollment 4x that of the nation's largest conventional universities. But the student body is dwindling and so is Phoenix's finances.

Apollo Education Inc., the parent company of Phoenix, has attempted to keep face despite this dark development. In a statement, Apollo CEO Greg Cappelli said, "While we faced challenges in the second quarter, we believe Apollo Education Group has the right long-term strategy in place."

Hopefully that strategy entails embracing their mascot and emerging from the ashes like the mythical bird.