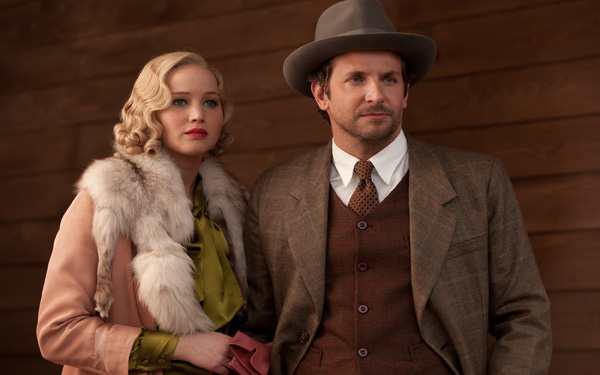 Seven years ago, producer Nick Wechsler stumbled upon the manuscript of Ron Rash’s yet-to-be-published southern gothic, Serena. The famed producer (Requiem for a Dream and 25th Hour) “fell in love with it” and immediately optioned the story. The next step was finding a screenwriter to adapt the novel. Wechsler tabbed Christopher Kyle as the man for the job. Film enthusiasts might remember Kyle’s most recent movie, Alexander, released over a decade ago. Since being a relevant writer in Hollywood was not a requisite for the gig, blind enthusiasm for Serena must have been the sole qualification. Before Kyle could even finish Rash’s book, he was already comparing it to Euripidean and Shakespearean tragedies. In the final press notes, Kyle explains: “It has such wonderful echoes of great tragedy like Medea and Macbeth.”

To ensure Serena’s place in the pantheon of great tragedies, Wechsler reunited Bradley Cooper and Jennifer Lawrence to play the lead roles. Insert Susanne Bier in the director’s chair and soon Serena had enough star power to light up the Czech Republic (filming was done in Prague and its surrounding countryside). Seven years later, Ron Rash's novel can boast its #34 listing on the New York Times Bestseller list for Hardcover in the November 2, 2008 issue. The book’s film adaptation, on the other hand, can be found on iTunes, video-on-demand, or, depending on the city, a very limited US theatrical release. Filmed in 2012, Serena sat on the shelf delayed due to “editing problems.” In the interim, Cooper and Lawrence have continued to solidify themselves—together and independently—as Hollywood’s biggest actors. Let’s just say Serena isn’t the Macbeth of cinema.

Cooper is George Pemberton, part owner of a timber empire resting in the remote wilderness of the Smoky Mountains. Lawrence is Serena Shaw, a native Coloradoan who migrated to North Carolina because her father’s logging camp suffered brushfires. Serena’s sudden injection into the foggy hollow of Waynesville, North Carolina shakes the forest. When the two meet for the first time, Pemberton impulsively tells the seductive Shaw, “I think we should be married.” Their marriage forms a partnership and Serena’s abrupt accumulation of power threatens the other financial backers of the camp; thus igniting a plot engulfed by greed and corruption.

Pemberton experiences problems securing a loan. His only collateral is a track of land in Brazil, which sits idly awaiting excavation. The land in Brazil dangles in front of Pemberton and his new wife, serving as a promise of a new world. Lawrence’s Serena serenades her husband with overly intense sweet nothings: “Our love began the day we met. Nothing before exists.” But the lack of on screen chemistry renders the relationship, and thus, the movie, incredibly superficial. And while Cooper and Lawrence have demonstrated spark in the past, their scenes in Serena seem contrived and lack the true passion necessary to explain why they made this film in the first place. In the end, Serena is a movie where the trees matter more than the forest.