The perils of playing god in Ex Machina 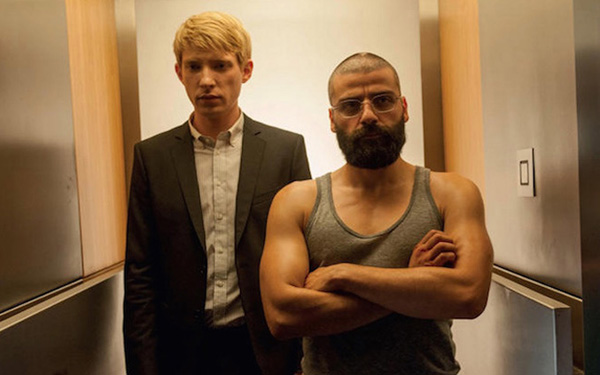 We long for artificial intelligence, yet we’re also terrified of it. From Stephen Hawking to Hollywood, everyone seems to have an opinion on whether or not we should pursue the creation of conscious machines. Hawking says no. Hollywood says yes. In case you haven’t noticed, dystopian futures do well at the box office. Hence the recent slew of sci-fi films dealing with AI—Transcendence, Chappie and Her, to name a few. The latest in the genre, Ex Machina, comes from screenwriter-cum-director, Alex Garland (The Beach and 28 Days Later) and it’s a welcome study into the philosophy behind this potential development.

With Ex Machina, Garland takes us to a not-so-distant future: one where robots have the ability to think independently but we still use Barbasol and razors for shaving (no Bics equipped with lasers, unfortunately). In this imagined reality, Oscar Isaac plays Nathan, a megalomaniac tech genius with the drinking habit, workout routine and dude-infused lingo of a modern day frat boy. Domhnall Gleeson plays Caleb, a wholesome programmer who gets invited to join Nathan at his isolated compound in the woods for a secret experiment. Enter Nathan’s creation, Ava—a robot with conscious awareness, played by Alicia Vikander.

As we soon find out, Nathan has summoned Caleb to conduct the Turing Test (yes, named from The Imitation Game’s Alan Turing) on Ava. Essentially, the Turing Test is an assessment of consciousness in machines; it tests whether a robot can fool a human into thinking it’s human. However, Ava’s awareness is quickly confirmed and the only thing seemingly setting her apart from a regular woman is her see-through torso, revealing flashing lights and oscillating gears. But the plot isn’t so simple. What’s left is a few days of deceit, madness and the timeless debate over man playing god. Ex Machina looks like The Shining of the future with Isaac as Jack Nicholson and Gleeson and Vikander playing the wife and little Danny, struggling to survive in an isolated house of horrors.

Where Garland’s film excels is in the real-life debate over AI as expressed through Nathan and Caleb’s convincing banter. Driven by dialogue, the film takes shape of a play, but instead of a stage it has the beautiful Norway wilderness as a backdrop. Ex Machina addresses issues that other AI films overlook, particularly sexuality in sentient machines. Does it exist? Should it? Whereas Her left the human on computer action all virtual—basically an awkward session of phone sex—Garland’s film actualizes it. But don’t overheat your hard-drive just yet; the intercourse is only discussed and implied, not shown.

At a recent screening in Los Angeles, Garland discussed some of the philosophical queries dealt with in the film. “I think sometimes we deify our consciousness,” said Garland. “We make it metaphysical because it’s so mysterious to us. And we think, ‘Are computers ever going to be able to get up to the lofty heights that we exist at?’ I suspect we overstate ourselves in some respects.”

The film’s title is derived from the Greek, deus ex machina, meaning “god from the machine.” In literature and film, the term has evolved to signify a plot device in which a seemingly unsolvable problem is suddenly solved in a contrived and cliché manner. Interestingly, the dénouement of Ex Machina is void of a deus ex machina. Instead, the final twist is both unexpected and powerful. Other films dealing with the future of man and machine fall short by using the deus ex machina copout, like the final gunfight in Chappie. But Garland’s film does not. Thankfully, with Ex Machina we’ve been given an artificial intelligence film with, well, actual intelligence.