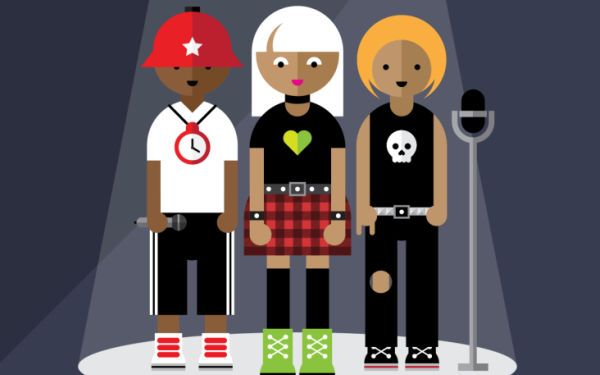 Thirteen years after “American Idol” first mesmerized TV viewers, it has lost about two out of every three viewers from its ratings peak.

But a longtime digital music executive is guessing that people still love showing off their talents and that fans would be happy to tune in if they played a larger role. David Hyman hopes to satisfy both groups starting Thursday by launching a mobile app, Chosen.

People who want to compete upload a video or record one in the app, which for now is available only on Apple devices. For the less inclined, there are lip-sync and karaoke modes.

Those who want to judge have a few options. They can see short clips in batches of three and guess which one other judges have liked the most. (This proved addicting while testing the app and led me to subscribe to some of the acts on YouTube.) Judges also can view five clips and pick which two will be liked the most over the next few hours. Or they can leave video critiques of performances and rate others’ commentary. The goal is to have both competitors and judges trying to climb separate leaderboards.

“No one has made a game out of spectating,” Hyman said in an interview during a recent visit to Los Angeles. “We’re really trying to reimagine how performance competitions are done.”

Hyman spent nearly two years developing the idea. He had previously been chief executive of Beats Music, which he joined after selling his music streaming start-up MOG to Beats Electronics.

Singers and bands dominate Chosen at the moment, though Hyman expects more genres to emerge. Competition among marching bands, skateboarders, yodellers -- the list is endless, he said.

Chosen, based in Berkeley and supported by $6.5 million in venture capital, plans to keep out inappropriate content. But if judges want to be mean and vicious and that’s what users enjoy, then that’ll be the culture of the app, Hyman said.

Users rated high in the app will unlock extra features starting later this year, but Chosen will attempt to make money by inviting everyone else to pay for those tools.

The top performer come late May wins a trip to perform onstage at the Bonnaroo Music and Arts Festival in June. How to reward future “winners” is still being thought out, though maybe someday “Chosen” will add a TV show, Hyman quipped.