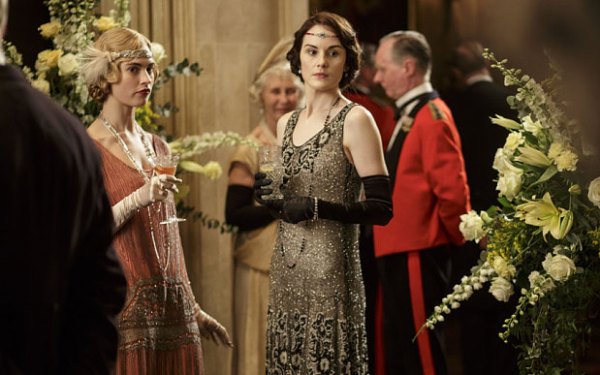 After months of rumors, Carnival Films and Masterpiece on PBS, the co-producers of the show, along with ITV, the show's British network home, confirmed that the upcoming sixth season of the hugely popular British costume drama will be its last.

"It's the right time," said series creator and executive producer Julian Fellowes in a telephone interview. "I think you mustn't linger until you're stale."

The series has followed the lives of the aristocratic Crawley family and its servants over the course of a tumultuous 12-year period, beginning with the sinking of the Titanic in 1912. "Downton Abbey" has been credited with igniting a fresh wave of Anglophilia in American audiences, who have been seduced by the show's nostalgic take on the elaborate costumes of the British upper class in that era.

The drama premiered on PBS in 2011 and during its run has racked up 51 Emmy nominations and attracted a broad and devoted following. Though PBS has taken heat for bringing the show back each year in January, a full three months after its British debut, making spoilers difficult to avoid online, ratings have remained robust. The fifth season averaged 12.9 million weekly viewers.

While creatively it may be time for the series to end, it represents a loss for PBS and its long-running "Masterpiece" franchise.

"Like any great novelist, [Julian Fellowes] had a vision for what he wanted to do with them, and he's clearly coming to what he feels like what he wants to be the last chapter," said PBS President and CEO Paula Kerger. "We respect that, and obviously we will miss spending time with the Crawleys on Sundays, but we will make the most out of this next year and truly celebrate their home on public broadcasting."

"We're in mourning today," added "Masterpiece" executive producer Rebecca Eaton. "As long as it stayed juicy and everyone wanted to do it and was having fun doing it, we would love to [continue]. The appetite is still there." It's not hard to see why: The series has also provided a lift to other programs on the PBS schedule, which Eaton said are up 25% to 30%.

Gareth Neame told reporters Thursday that he and Fellowes felt it was "good to quit while we're ahead."

"I think it's more important to us to make a perfectly formed show, in our opinion, that we bring to an end when the timing is right, and that people will love and remember for many years to come and not feel there was any sort of dropoff or we outstayed our welcome," he said.

While everyone involved cited the importance of going out on top, the show had already begun to show signs of creative fatigue. "Downton Abbey" received glowing reviews in its first season, when it also won an Emmy for miniseries or TV movie (it later competed as a drama series). Maggie Smith, whose tart-tongued Dowager Countess Violet is a fan favorite, has also won two Emmys for her performance.

But critics — if not viewers — have generally cooled on the program since its debut, citing the numerous far-fetched plot twists, repetitive story lines and uneven character development. The series was dealt a major blow in its third season, when actor Dan Stevens, who played romantic lead Matthew Crawley, decided not to return. His character was killed off in a car accident after just seeing his newborn son — a send-off some viewers found unnecessarily cruel, especially since the episode aired in the United Kingdom on Christmas Day.

On a happier note, the drama wrapped its fifth season stateside on March 1 with a finale that saw butler Mr. Carson propose to housekeeper Mrs. Hughes, to the delight of many fans.

Fellowes said that conversation about bringing the show to an end began during production of its fifth season last year. "We all decided it would have been too much of a rush to finish it then," he said. Production on a sixth season is currently underway.

Fellowes is working on a long-delayed project for NBC called "The Gilded Age," while other cast members have clearly grown restless. Jessica Brown Findlay, who played idealistic Lady Sybil, left along with Stevens in Season 3. Lily James, who played flighty cousin Rose, is angling for movie stardom with "Cinderella."

Smith, considered by many fans to be an essential part of the series, made it clear in a recent interview with London's Sunday Times she was ready to call it a day. "I mean, I certainly can't keep going. To my knowledge, I must be 110 by now!"

While executive producer Neame declined to reveal specific plot points in a call with reporters Thursday, he indicated that the final season will follow the same format — 11 hours of drama told over nine episodes, including a feature-length special that will air in the U.K. on Christmas night.

He also said he was unable to confirm rumors about a tie-in movie. "Our position is we would be very interested in that," he said. "I can't confirm that it's definitely going to happen. We shall see."

Earlier this month, Catherine, the Duchess of Cambridge, paid an official visit to the "Downton Abbey" set at London's Ealing Studios. The purpose of the trip was "to celebrate the success of... one of the UK's greatest cultural exports," said the Twitter account for Kensington Palace.

The show has also provided a much-needed source of income for Highclere Castle, the historic — and extremely expensive to maintain — estate that stands in for Downton Abbey, with roughly 60,000 visitors from around the world catching a glimpse of Lord and Lady Grantham's fictional home. Demand is so high that tours for summer 2015 are already sold out.