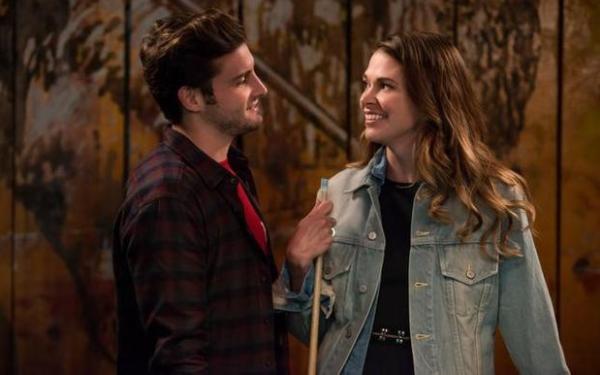 The cable channel is moving away from older-skewing shows like “Hot in Cleveland” and adding programs like the new offering from Darren Star. He was the man who put the sex in the city with “Sex and the City.”

In “Younger,” double Tony-winner Sutton Foster plays a 40-year-old divorced woman who passes herself off as a 26-year-old to restart her career in publishing. Nico Tortorella, Miriam Shor, Debi Mazar and Hilary Duff also star.

The 40-year-old Foster would like to be in her 20s again as long as one thing didn’t change.

“I don’t think I would ever want to go back unless I could keep everything that I’ve learned. I have no regrets. I don’t believe in any of them. I’m so happy that I started off doing cattle calls, because I literally climbed the ladder,” Foster says. “And I don’t think I would be the performer, the person I am today if I hadn’t have had that path, if it had been easy from the beginning.

“So it’s interesting to play a character where I get to sort of experience my 20s again sort of vicariously, which is fun.”

That ladder she climbed was mostly through stage work that included Tony Awards for best performance by a leading actress in a musical for her work in “Thoroughly Modern Millie” and “Anything Goes.” She was in her 20s when she won her first Tony.

Her other Broadway credits include “Shrek the Musical” and “Young Frankenstein.”

Foster’s co-stars are both younger and older than her. Hilary Duff is 27 while Mazar is 50. Both stress that age is just a number and that’s why the series works.

“My personal view on it is I hope as I age I continue to embrace it and enjoy what it brings me.”

Mazar points to her long career — which includes roles on many TV series, most notably “Entourage” and “L.A. Law” — and says it’s proof that age doesn’t have to be a factor. If age had been a problem, Mazar says, she wouldn’t have even auditioned for “Younger.” When she showed up to read for the role, the room was filled with actresses half her age.

Mazar says she’s uninhibited by age, but not blind to the issues associated with it: “I think in all businesses, whether you’re the plumber or whether it’s Hollywood, I mean, there’s discrimination against men and women in aging. Men are getting botox now and trying to look younger and going to the gym. It’s a whole new thing.”