Death Cab for Cutie's Ben Gibbard steps through the fire 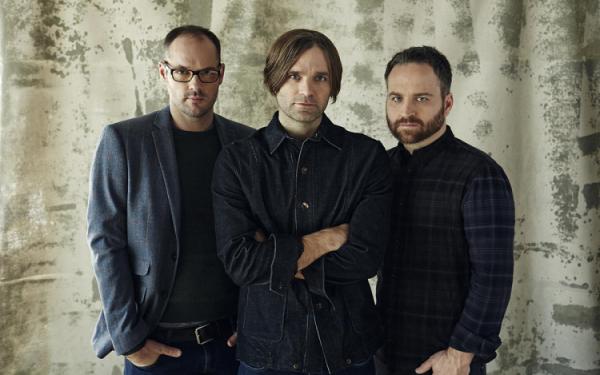 Ben Gibbard never thought he'd find himself where he did at the end of 2012.

The boyish frontman of Seattle's Death Cab for Cutie had spent the previous decade and a half establishing a reputation as one of the most sensitive — and hardest-working — figures in American indie rock. The band's music, moody but pretty, won devoted fans for its proud sense of vulnerability, and when Death Cab hit it big with 2005's million-selling "Plans," the group's long-building success made it a hero to messy-haired misfits everywhere.

By 2009, Gibbard's world had expanded to the point that he'd married actress-singer Zooey Deschanel and moved to Los Angeles, a city he'd famously blasted in an early Death Cab tune called "Why You'd Want to Live Here." (Sample lyric: "You can't swim in a town this shallow.") Three years later, though, the two were divorced, with Gibbard packing his things into the back of his Prius for a return trip up Interstate 5.

"I was like, 'Jesus Christ, man — did I just become the most stereotypical rock 'n' roller ever?'" he recalled recently.

True to form, Gibbard, 38, explores the nuances of that easily caricatured experience on Death Cab for Cutie's new album, "Kintsugi," released on Tuesday. The band's first record since 2011's somewhat glazed-over "Codes and Keys," it opens with "No Room in Frame," in which the singer asks an unnamed ex, "Was I in your way when the cameras turned to face you?" Other songs mention an ingénue battling the passage of time and "a dumpster in the driveway of all the plans that came undone."

Yet Gibbard's divorce isn't the only breakup reflected on in "Kintsugi," whose title refers to an ancient Japanese technique for repairing broken pottery. The album also follows the departure late last year of guitarist Chris Walla, who formed Death Cab with Gibbard in 1997 and produced each of the group's previous seven albums. He plays on this one, but for the first time the band utilized an outside producer in Rich Costey, who expanded Death Cab's sound with spacey synth textures and crisply propulsive beats. The result is a paradox: an account of emotional devastation that feels livelier than anything the band has done in ages.

"With the last couple records, I think I learned the hard way that minimalism and detachment are not things that people want from me," Gibbard said with a laugh. Scruffy-casual in jeans and a flannel shirt, he'd come to L.A. for a round of promotional duties, which include an in-store performance set for 6 p.m. Tuesday at Amoeba Music in Hollywood. "What people are attracted to about the music I make is the engagement and the detail."

Not that he wasn't aware of the risks in writing about such a public episode. Gibbard remembered visiting his friend Jenny Lewis, the celebrated singer-songwriter, and playing her early versions of some of the tunes on "Kintsugi." Concerned that listeners might infer things about Deschanel, he asked Lewis whether he should make some lines more obscure.

"She told me, 'Don't change how you go about your business for fear of somebody correctly or incorrectly placing a face on these songs,' " Gibbard said. " 'Go right into it.' And I think I did."

Still, he was quick to add, the singer tried to approach the topic "empathetically"; he wasn't interested in creating "a tell-all or a kiss-off or anything like that."

He's right about that: In keeping with indie-rock tradition, the aggression on "Kintsugi" is mostly of the passive variety. But if Gibbard limits the identifying details when it comes to people, he's more specific about places. Culver City, Beverly Drive, "the cliffs of the Palisades" — each serves as a clearly defined setting on an album that looks beyond Gibbard's divorce to ponder the larger systems of power and privilege at work in L.A.

"You'll never have to hear the word 'no' if you keep all your friends on the payroll," he sings in "Good Help (Is So Hard to Find)," a song he insisted was based not on one particular person but on a number of people he met while living here.

"And in a way it's not even their fault that they have this worldview," he said. "If you were raised in the public eye or amongst people in this industry, your grip on reality outside the echo chamber is virtually nonexistent."

None of this is the kind of stuff Gibbard expected he'd one day write songs about. Indeed, it was partly "Kintsugi's" rarefied subject matter that led Walla to leave the band, according to the singer, who recalled an early studio session at which Walla complained that he couldn't relate to the lyrics. Eventually the guitarist announced that he didn't think he should produce the album.

"He kept referring to how dark the songs were," Gibbard said. "But in my opinion, it doesn't matter if the guitar player can relate to the lyrics in a song. What's important is that the song works." (Walla didn't respond to a request for comment for this article.)

Hiring Costey freed the band to think with "no concern for what we'd done in the past," said bassist Nick Harmer, who recalled the recording experience as one of Death Cab's most energized. Costey said the band, which also includes drummer Jason McGerr, was after "the right kind of adventure," with a willingness to try out fresh ideas.

"There was never any weirdness between Chris and the rest of the guys," he said, which is why he was shocked when he found out that Walla had quit after the album was complete.

Gibbard was less surprised. "Chris lived a lot of his years in this band with one foot kind of out the door," the singer said. Ultimately, he went on, Walla wanted to be known as a producer, an aspiration hindered by being on the road for nine or 10 months out of the year. His departure was a big deal, Gibbard said. "But 17 years in, we could kind of figure out how to move on."

To flesh out the sound of "Kintsugi" live, the group recruited two new players in guitarist Dave Depper and keyboardist Zac Rae; both will be onstage when Death Cab's upcoming world tour hits the Hollywood Bowl in July.

For Gibbard, of course, that show will bring him back once again to the city in which his life took an unexpected turn. But these days he's at peace with his brief brush with fame.

He was in town for a television appearance not long ago and decided he needed a new shirt. So he went to the Beverly Center and was standing outside Nordstrom when he noticed a man with a camera — "clearly paparazzi," he said.

"The guy looks over at me, looks down, looks at me again. I know in his mind he's saying, 'I think that's that guy from that band who was married to that famous person. Is this photograph worth anything to anyone?'

"Then he was, like, 'Eh, it's digital — I might as well snap one.'" Gibbard laughed. "To me, that's my level of visibility right there. Just enough to keep things interesting."