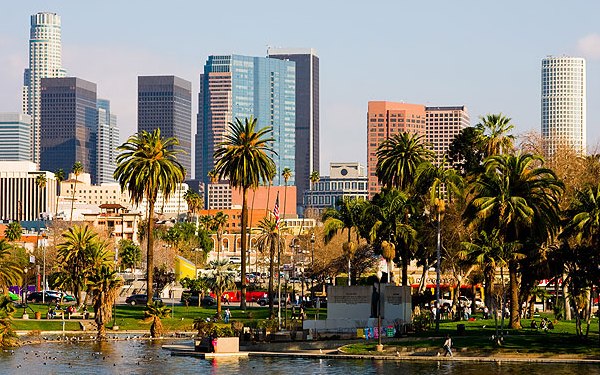 Diminished immigration, slow but steady population growth, fewer young children and a soaring senior ratio are changing the way demographers and others are thinking about the future of Los Angeles County.

Such trends as well as projections are important because they shape beliefs about taxation and broader California policy narratives, experts say.

“People are unconsciously working with a set of assumptions that are about 20 years out of date,” said Dowell Myers, a professor of public policy at USC. “It’s taken a while for everyone to adjust. Even the professional demographers have been behind the times, and they are just now catching up.”

Los Angeles County — the most populous in the nation with about 10.1 million people — was projected less than a decade ago to reach a population of 12 million by 2030. Now, the county is expected to reach that milestone after 2060, according to state estimates.

“It’s because migration has really slowed down, birth rates have really slowed down and things are not changing the way they were 20 years ago,” Myers said. “Immigration has really declined. People are not migrating here from other states the way they used to. It all started with the 1990s recession, when our county was really decimated — the whole state but Southern California in particular.”

For the first time, California did not gain any new U.S. House of Representatives seats in 2010 as a result of the state growing at about the same rate as the rest of the nation, said Hans Johnson, senior fellow at the Public Policy Institute of California.

While the state’s growth is not small, he said, “it’s certainly not what we used to have.”

Immigration began accelerating in Los Angeles in the 1970s and since its peak in 1990, it has been dropping significantly and is now at the level of immigrant arrivals seen in the mid-1970s, Myers said.

The decline started in the early ’90s due to the “unusual severity of the recession” in California and continued after 2000 due to stronger border enforcement, a healthier and more affordable Mexican economy and a slower growth pool of available immigrants nationwide, he said. Immigration also declined more rapidly after 2006 because of a contraction in construction jobs and then the entire U.S. economy. Meanwhile, Mexico has become a depleted source of potential immigrants as a result of plunging birth rates that started two decades ago, Myers said.

In addition, the percentage of foreign born, which peaked in the year 2000, has leveled off and may even be declining in L.A. County. Today, about 35 percent of the county’s population is foreign born and that’s projected to continue for the next 20 years, Myers said.

Even among immigrants, most are long-settled today compared with a majority of recent arrivals seen in earlier decades, Johnson noted. While there is a sizable undocumented population in the state, recent estimates indicate the population is not growing significantly and may be even shrinking in size, he said.

“When we talk about the immigrant community in California, we’re really talking about people living here legally, who have been here for a long time and who will be here for a long time,” Johnson said. “That means in terms of policy, we need to be thinking about policies that lead to successful incorporation into our economy.”

While their growth has slowed in recent decades, Latinos will likely be the majority in Los Angeles County by 2020, experts say.

And since 2001, more than 60 percent of babies born in L.A. County have been Latino compared with more than 50 percent in the state. This generation is the future of California and thus it’s important to invest in it, said David Hayes-Bautista, professor of medicine and director of the Center for the Study of Latino Health and Culture at UCLA’s School of Medicine.

“Their educational levels and their employment opportunities set the economic tone for this region,” Hayes-Bautista said. “If they do well, we all do well. If they do poorly, we all do poorly.”

The Latino post-millennial demographic, which will soon be of voting age, has also been offended by anti-Latino and anti-immigrant sentiments espoused by some political groups and would likely express their opinions at the ballot box, Hayes-Bautista said.

L.A. County lost nearly 18 percent of its children under the age of 10 between 2000 and 2013. This was due to a confluence of factors: the baby-boomer generation stopped having babies, immigrants stopped coming here in large numbers, the existing Latino population — which has a higher birthrate than whites — started moving away, and the birth rate has gone down significantly, Myers said.

The number of babies born in L.A. County today is roughly 134,000 per year, down from 204,000 in 1990, he said. Fewer children can translate to not enough taxpayers and workers for the future, Myers said.

“Before, we had too many kids and thought we couldn’t afford them, and we cut all kinds of corners to reduce education costs. Now that we don’t have too many kids, we can educate them properly,” he said.

L.A. County has about 20 seniors for every 100 people of working age, and that ratio is projected to double by 2040, Myers said.

This will translate to “twice the load” the working age population will have to bear to take care of the county’s elders, Myers said.

In the next 15 years, baby boomers will all hit 65 or older, and with that come the policy implications in providing nursing home care, in-home services, transportation services and medical and health needs to this surging population, Johnson said. For example, there have been concerted efforts to provide more in-home care than nursing home care, which is usually more cost-effective.

“Clearly, we’re going to ramp up the services from where we are now,” he said. “The question always comes down to who pays for it? And what services do we exactly need to provide and at what numbers?”