‘Mad Men’: A guide to catching up on 18 essential episodes 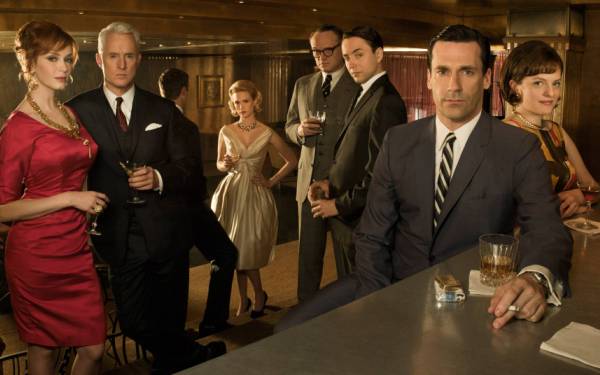 Do you think Dick Whitman is the name of a senator from the Midwest? Do the words “Zou Bisou Bisou” mean nothing to you? Are you under the impression that Peggy Olson is one of those twins from “Full House”?

If you’ve never watched “Mad Men,” chances are there have been moments in the past seven years when you’ve felt a little left out of the cultural conversation. The bad news is there isn’t enough time to catch up on all 85 episodes of the landmark series before it returns for a final season on April 5 — unless you decide to forgo sleep entirely (not the worst idea) and disappear from the office for days at a time (not recommended for anyone other than Don Draper).

The good news is we’ve compiled a much more manageable list of 18 essential episodes to watch. All episodes are available to stream on Netflix or to purchase on iTunes.

We’ve also included a few “honorable mention” episodes, should you come down with a well-timed case of appendicitis. Now quick, get watching!

“Smoke Gets In Your Eyes” — The script for this pilot episode landed series creator Matthew Weiner a writing job on “The Sopranos.” You can see why.

“Marriage of Figaro” — A journey into the dark heart of suburbia.

“Nixon vs. Kennedy” — This episode sheds light on Don’s mysterious past, and might as well be called “Don vs. Pete.”

“The Wheel” — This episode even inspired an “SNL” sketch

“The Mountain King” — With Don MIA, Betty reaches Peak Mean Girl. Joan at her most tragic.

“Meditations in an Emergency” — Crises abound.

“Guy Walks Into an Advertising Agency” — Guaranteed to make you think twice about riding a lawnmower indoors.

“Shut The Door. Have a Seat.” — A year defined by personal, professional and historical upheaval comes to an end.

“The Suitcase” — Warning: You may find yourself weeping softly and listening to “Bleecker Street” on repeat after watching this bottle episode featuring Don and Peggy, a strong contender for the best the show has ever done.

“The Beautiful Girls” — A poignant look at the women of “Mad Men.”

“Tomorrowland” — Interesting things always seem to happen to Don in California, maybe never more so than in this episode.

Honorable Mentions: “Christmas Comes But Once a Year,” “The Chrysanthemum and the Sword,” “Blowing Smoke”

“Far Away Places” — With Roger leading the way, “Mad Men” finally gets groovy.

“The Other Woman” — Peggy and Joan lean in to their careers, but in strikingly different ways.

“Commissions and Fees” — Capitalism’s ugly side.

“Favors” — Ugh, Don, quit being so gross. (The same could be said of all of Season 6, but it’s especially true of this episode.)

“In Care Of” — This season finale grapples with one of “Mad Men’s” defining questions: Is it possible to change for the better? Pass the Kleenex.

Honorable Mentions: “The Flood,” “The Better Half”

“Waterloo” — A lovely, bittersweet episode that reaffirms the possibility of positive collective experience.