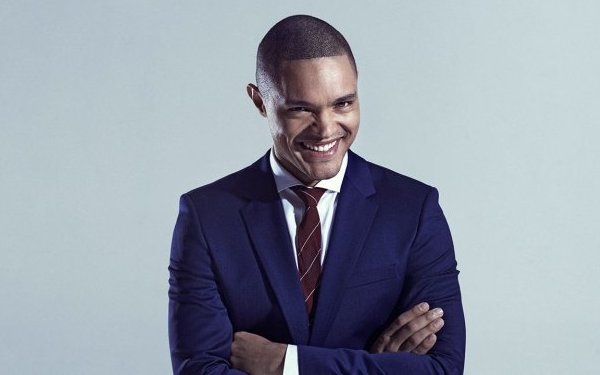 In his 2012 comedy special “That’s Racist,” one of Trevor Noah’s funniest stories is about AIDS, and other dumb questions Americans ask Africans. “The best ignorant conversation I had was in California, in a place called Malibu,” he tells the South African audience. There, at the beach, he met a California girl whose questions get more embarrassing as the joke goes on, from “how did you get to America?” to “do you guys have waves in Africa?” to “have you ever had AIDS?”

“And I know as a child of a continent that’s ravaged by this disease it’s my job, it’s my duty to educate people when I met them. It really is a part of who I am,” Noah says. “But you know when you look at someone in their eyes, and there’s no hope.”

When it was announced Monday that Noah would be the next host of “The Daily Show,” replacing Jon Stewart, the reaction outside of the comedy world was a collective “Who?” (Entertainment Weekly, Mediaite, CNN and The Washington Post all have “Who is Trevor Noah?” stories.) And that leads to questions about what kind of humor he’ll bring to the anchor chair.

Based on his three stints on “The Daily Show” so far, Noah is an equal opportunity critic. Whereas Stewart’s bread and butter is calling out Fox News hypocrisy, Noah has an ability to use humor to remind Americans that they don’t care enough about the world around them, and that even the most liberal Americans have a very one-dimensional view of Africa.

Nigerian author Chimamanda Ngozi Adiche calls that one-dimensional view the “single story” narrative — the idea among Westerners that all Africans across its many countries, have the same disease and war narrative. When W. Kamau Bell, the host of the now-canceled late night comedy show that deals with race on FXX, introduced Noah ahead of a 2013 interview, he put it this way: “Now when most Americans think of South Africa they think of Blood Diamonds and racism, not comedy.”

But it’s Noah’s earlier stuff that’s exciting, especially for people who have given up on explaining to Americans why their parents didn’t grow up with elephants roaming through their the front lawns.

Noah has a rotation of cringe-worthy encounters with Americans that he shares with his South African audience in “That’s Racist”: There was the surfer girl, then the man who, upon realizing that Noah was from South Africa said, “I got a friend in Ghana … you know him?” Then there was the Mexican man in New York who said he didn’t look African, but like he “was raised in the shade.”

The phrase “you don’t look African” stuck with him. “You get it everywhere in America, you start to realize the perception people have of Africa. It’s very one-dimensional,” he says. “They think Africa is just a dust basin filled with, like, starving people covered in flies. They don’t even think we have airports, they think it’s just airplanes landing in the bush being caught by a thousand black guys.”

Those moments, all from “That’s Racist,” were for a South African audience. But even in explaining basic facts of life for South Africans, Noah touches on common misconceptions and stereotypes. There are 11 languages spoken in South Africa, and Noah speaks six of them, as he explained during his 2013 Letterman appearance:

“I’m used to learning languages. I speak six languages from South Africa. Funny enough, I never learned my parents’ languages growing up, I started learning those now. My mother’s language is Xhosa, that’s the language with the clicks and my father’s Swiss German and I never learned German. And so I’m learning both, for different reasons. Xhosa because, come on, why would you not want to speak a language with clicks?”

Then he says something in Xhosa that “sounds like Chinese New Year’s in your mouth,” he says. That’s killing two stereotypes — the clicking language and the idea that there’s just one generic African language — with one joke. And now he’s going to tell whole skeins of them.