Pretty Woman at 25, seen through a different lens 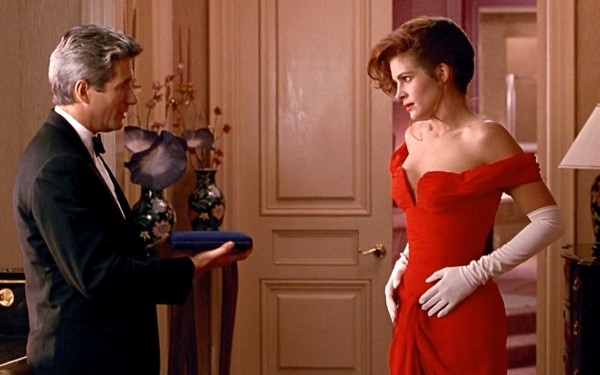 The 25th anniversary of “Pretty Woman” marked 25 years in which I had never seen it.

When the movie first came out, the premise sounded so repugnant that I couldn’t bring myself to watch it.

A rom-com about prostitution! A john as knight in shining armor! Beauty, romance, laughs!

But when the 25th anniversary hoopla revved up last week, I reconsidered. My colleague Mark Caro’s Facebook post expressing his hatred of the movie sparked a vigorous debate in which feminist women I know and respect came to the movie’s defense.

It wasn’t a movie about prostitution, they wrote; it was a romantic comedy. It wasn’t an account of a prostitute being rescued by a rich man; it was a tale of two beautiful people falling in love. It might be stupid, and possibly even offensive; but mostly it was charming.

Had I been wrong? It seemed unfair to hate a movie I’d never seen. So the other night I sat down and gave it a 25-years-later viewing.

And found it so preposterous that I wondered if I, too, could look at it as pure fantasy that should get a pass.

Was it simply Cinderella with a different back story? “My Fair Lady” with a twist?

Not to Marian Hatcher.

Hatcher, 53, was once caught up in prostitution. She served four months in the Women’s Justice Program at the Cook County Jail and is now project manager and human trafficking coordinator for the Cook County sheriff’s office.

She hates “Pretty Woman,” and spent last week’s anniversary speaking and writing in the Huffington Post about her reasons.

She didn’t hate it when it came out.

“I loved it,” Hatcher said. “I love romantic comedies.”

But that was before she went down a path she recounts as leading from a corporate career into domestic violence, drug addiction and then life as a prostitute on the streets.

She has revisited the movie since.

“After I was raped, kidnapped and incarcerated in Cook County Jail, you revisit a lot of things,” Hatcher said.

Her review now: “It’s a travesty.”

The movie makes light of prostitution, she said: “It makes it seem like it’s really not that bad. The two girlfriends talking — even the one that didn’t end up with Richard Gere, the roommate — they just seem like girlfriends on the street trying to have fun.”

Where was the drug addiction? Where were the beatings? Where was the humiliation of, as Hatcher described, “having someone call me ‘bitch’ and ‘ho’ on a regular basis?”

Where was the lack of education, the desperation to make money to feed children, “the numbing that comes of having to utilize drugs because you have to sleep with or provide sexual services to upward of 10, 20 or 30 men a day”?

Everything rang not just false to her, but perversely so.

A john as a rescuer?

“My victimization of rape and kidnapping came from johns,” Hatcher said.

A john who sees and cherishes a prostituted woman’s true self?

“Once they pay their money, they feel like they bought something off the shelf at Jewel,” she said.

A financial transaction can never blossom into love, Hatcher said.

“There is no relationship when one is being paid. Relationships are built on love and mutual respect,” she said.

But the movie was never meant to be a documentary. Can’t we just accept it as a harmless fantasy, a confection to be taken no more seriously than Cinderella?

I love rom-coms. Julia Roberts is lovely. Richard Gere is lovely. They are lovely together.

Much as I want to be transported into the fantasy, I can’t get past the fact that this charming love starts, as Hatcher said, with the purchase of a human being. Or that the first love scene is so clearly a financial transaction.

A lot has happened in 25 years. Including, Hatcher points out, the growing awareness of sex trafficking.

But I ended my 25th anniversary viewing pretty much where I started it.