Premium genes: Celebrity sons, daughters are the models of the moment 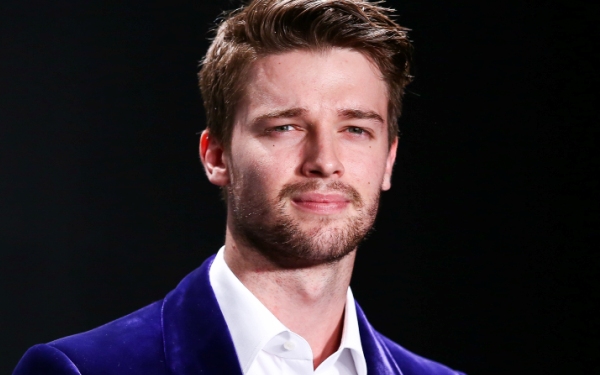 LOS ANGELES — Images from spring runway shows and ad campaigns are so flush with celebrity sons and daughters they look as if they could have been ripped from the pages of a Malibu High yearbook. The luxury-brand love affair with second- (and in some cases third-) generation headliner royalty was clear when Tommy Hilfiger showed the spring collection at New York Fashion Week last September. Georgia May Jagger (Mick’s daughter) strutted the catwalk alongside Ella Richards (Keith’s granddaughter) and Kendall Jenner (daughter of reality TV’s Bruce and Kris Jenner).

Of course, family dynasties are nothing new in Hollywood. Any fan of a Fonda will tell you that. Celebrity offspring aren’t new in the fashion world either — Patty Hearst’s model-actress daughter Lydia Hearst and Paul McCartney’s designer daughter Stella McCartney, for example. But the fashion industry hasn’t leveraged the family dynamic with so much zeal until now.

Brands of every stripe have started to lean heavily on family and fame, turning rock-star, Hollywood and reality-show offspring into the go-to group for hawking the latest wares.

David Todd, whose DT Model Management reps rising star Dylan Penn, daughter of actors Sean Penn and Robin Wright, says casting a celebrity mini-me is a way for a fashion brand to stand out without overshadowing the collection. “With social media branding and tweeting and all that, it’s a great way to get the name of a brand out there,” Todd says. “And having a regular, everyday catalog model these days — especially for (an advertising) campaign — just doesn’t garner the same kind of media attention as these young (boys and) girls do.”

The two brands that cast Penn for their recent campaigns contend they’re not star-casting. Ermanno Scervino reps say the label picked Penn for the spring 2015 print advertising campaign to emphasize the values of “glamour and beauty.” And Susan Duffy, chief marketing officer at Stuart Weitzman, says it was serendipity that Penn ended up costarring in a video promoting the brand’s fall 2014 footwear collection.

“Dylan was the (video) producer’s friend and … voilà!” Duffy says. “It sounds unbelievable, but that’s how it came to be, and it was absolutely a magical mix. While Dylan is certainly the daughter of Hollywood aristocracy, at no point did I think, ‘Let’s cast her because her parents are famous.’”

Duffy says “the buzz has been tremendous” in response to the video — which garnered more than 2.1 million hits on YouTube in four months — but she’s quick to point out that Penn was only one of the many click-worthy aspects of the short film, which was directed by French art director Julia Restoin Roitfeld (daughter of French fashion editor Carine Roitfeld), costarred model Poppy Delevingne and included a Lana Del Rey soundtrack. “This is the perfect example of the whole being more than the sum of its parts,” she says.

Here’s a look at some of the buzz-worthy offspring making stylish waves in the celebrity gene pool:

Star attribute: Legs that go on for days.

Who knew? Jenner’s middle name is Nicole, in honor of the late Nicole Brown Simpson — one of her mother’s best friends.

Portfolio: Made his modeling debut on the spring-summer 2014 cover of the biannual British fashion magazine Man About Town, followed by an October 2014 fashion spread in T: The New York Times Style Magazine.

Who knew? He’s Elton John’s godson, and he has been romantically linked to actress Chloe Grace Moretz. His younger brother, 12-year-old Romeo, is in the fashion fray, too, recently making a splash in Burberry’s 2014 Christmas ad campaign.

Recently appearing in: Was the face of the Hugo Boss men’s fall-winter 2014 campaign.

Portfolio: Past modeling stints include the 2013 Stars on the Rise advertising campaign for Abercrombie & Fitch and a maritime-inspired fashion spread in the October 2013 issue of Town & Country.

Who knew? In the acting business since 2006, with some two dozen film credits. Eastwood’s first leading role will be in the film adaptation of Nicholas Sparks’ “The Longest Ride,” set for release in April.

Who knew? The new Guess campaign is a return to her roots — Hadid made her modeling debut for the L.A.-based denim brand’s Baby Guess line at the tender age of 2.

Portfolio: Made his modeling debut in a 2011 Hudson Jeans advertising campaign.

Star attribute: Pumped up but not overinflated.

Who knew? Has been romantically linked to singer Miley Cyrus. Following in his father’s footsteps, he already has a modest Internet Movie Database footprint, including a role in “Scouts vs. Zombies,” due out in October.

Portfolio: What hasn’t she been in? Jagger’s spring-summer 2015 runway shows alone include Chanel, Marchesa, Thierry Mugler and Fendi.

Who knew? One of the nine models chosen to represent the face of British fashion (alongside the likes of Naomi Campbell and Kate Moss) at the closing ceremony of the 2012 Summer Olympics in London. Her rankings at models.com include “top 50”; she’s listed as one of “the money girls.”

Who knew? Made his feature film debut in “Palo Alto” (2014), which happened to be the directorial debut of Gia Coppola, granddaughter of producer-director Francis Ford Coppola.

Recently appearing in: The model-actress was in the cast of “100% Lost Cotton,” the 30-minute one-act play presenting Opening Ceremony’s spring-summer 2015 collection. She also stars in the spring-summer 2015 ad campaign for Argentina’s Ay Not Dead denim brand.

Who knew? Born Dree Louise Hemingway Crisman, the great-granddaughter of Ernest Hemingway isn’t the only family member in the business; in 2014 her younger sister Langley was the muse and model for etailer Everlane’s Langley Fox T-shirt.

Portfolio: Penn has appeared on Gap billboards, in a (tasteful) nude cover shoot for Treats! magazine and, most recently, alongside Poppy Delevingne in the short film “Rock Roll Ride” as part of the fall 2014 ad campaign for Stuart Weitzman footwear.

Star attribute: Curves in all the right places.

Fashion Focus
André Leon Talley’s career took him around the world, but his heart stayed in Durham
467 views

Fashion Focus
Cal U students up their wardrobe game with the help of Campus Closet
1,028 views

Fashion Focus
Financial Tips for Getting The Most out of a Shopping Spree
1,335 views

Fashion Focus
How to dress post-pandemic? Just do you.
1,179 views

Fashion Focus
Summer’s coolest dress is an instant classic. OMG, did you see this?
921 views