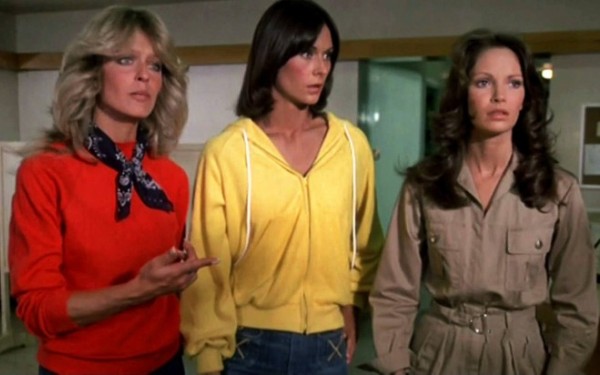 "Charlie's Angels" is one of the shows that performs well on multicast TV networks.
(Credit: ABC)

When cable TV was growing in the 1980s and ’90s, many of its programs were past hits from the lineups of ABC, CBS and NBC.

“The Andy Griffith Show” was the top show on Turner Broadcasting’s TBS. Viacom made classic TV a big business by packaging series from the 1950s, ’60s and ’70s on Nickelodeon’s Nick at Nite, which later spawned TV Land.

But many cable networks abandoned classic TV shows once the baby boomers who watched them moved out of the 18-to-49 age group that advertisers covet most. That’s created an opening for multicast TV networks — the channels that viewers can watch over the air for free with a digital antenna — to come to their rescue.

Unplug your cable system and find MeTV, which stands for Memorable Entertainment Television. The network airs hits such as “M*A*S*H,” “Bonanza” and “Star Trek,” and averages about 521,000 viewers in daytime — higher than all but nine national cable networks. From 5 to 11 p.m., MeTV ranked 20th with 667,000 viewers compared with those networks.

Other media companies have also turned to classic TV as a low-cost programming solution for multicast channels, which now reportedly take in more than $250 million a year in ad revenue.

Multicasting was born out of the federal government’s mandate in 2009 that all over-the-air television stations convert from analog to digital signals for high-definition broadcasting. They also were given the ability to simultaneously deliver programming on up to five additional digital channels through receivers or HDTV sets.

Once the digital TV conversion deadline was set, Norman Shapiro, chairman of Weigel, a family-owned Midwestern station group, stepped into the office of his programming whiz Neal Sabin and said, “You have four more channels — what do you want to do with them?”

Growing up in the 1960s, Sabin traveled around Chicago neighborhoods with a movie projector to entertain kids at birthday parties with a reel of cartoons. By the time he reached the eighth grade, business was so good he pulled in $100 a weekend. “It was a real education,” he said.

One of the things he learned was to give people more of what they already like. He had MeTV as a successful classic programming block on Weigel-owned outlets in Chicago and Milwaukee. He secured more programming from the libraries of NBC Universal, CBS and 20th Century Fox and rolled out MeTV as a national service — or “diginet” — for multicast channels at the end of 2010.

It was not a slam-dunk idea; the owner of a similarly themed service, Retro TV, had previously gone into bankruptcy.

Tribune Media followed in early 2011 with the launch of Antenna TV on its multicast stations — including Los Angeles outlet KTLA. Antenna TV depends largely on shows from the Sony Pictures Television catalog, including “Bewitched,” Three Stooges shorts and all of the 1970s hit sitcoms from producer Norman Lear such as “All in the Family,” “The Jeffersons” and “Good Times.”

Tribune does not break out the financial results for Antenna TV, but Sean Compton, president of strategic programming and acquisitions for the company, said the operation was profitable after five months on the air.

In late 2012, NBCUniversal joined the fray with Cozi TV, which airs over its TV station group that includes KNBC. TeleXito, which shows pre-2000 prime-time hits such as “The A-Team” dubbed in Spanish, is carried alongside NBCU’s Telemundo stations.

CBS multicast stations recently signed on with a new network called Decades, which will formally launch May 26. Programmed by Weigel, Decades will have a six-hour repeating block of programs and movies from the 1950s through the 1980s tied to a date in history that will be reviewed in a nightly original documentary show, “Through the Decades.”

The host is Bill Kurtis, the veteran TV newsman whose authoritative pipes are now known for the narration in “Anchorman: The Legend of Ron Burgundy.”

“It’s a history buff’s dream,” Sabin said. “Every day will be like a time capsule.”

Antenna TV, MeTV and the others are happy to cater to the 50-plus age group that still wants what Compton calls “comfort TV.” Nearly all of their advertising is direct response, which moves products through the toll-free numbers shown on the screen. Such advertisers base their commercial buys on what will make the phones rings and not Nielsen ratings.

But MeTV is successful enough that it’s starting to attract general brand advertising, and its competitors are hoping to capture some of that money as well.

The biggest beneficiaries of the classic TV movement are the studios that now have new buyers for thousands of hours of programming in their libraries that appeared to have limited value.

Warner Bros. would not deal with the new entrants when it was offered ad revenue shares in return for the rights to its shows. But now that some are paying license fees of $25,000 per episode and up for shows, the vaults have opened up.

“You may laugh at ‘Charlie’s Angels,’ ‘Gilligan’s Island,’ ‘The Odd Couple’ or ‘Little House on the Prairie,’ but guess what? There is a huge audience that is willing to watch them,” said Ken Werner, president of Warner Bros. Domestic Television Distribution. “Way back when television was designed for the entire family with one TV, everybody in the business was focused on developing shows that had broad appeal to everyone, and that continues to have efficacies.”

More classic series became available since the guilds representing writers, actors and directors negotiated a residual rate that made them more economically feasible for airing on the diginets. The new pact enabled Cozi to add “Murder She Wrote,” “Miami Vice,” “Quantum Leap” and other 1980s hits to its lineup.

The classic TV services have to make a financial sacrifice to preserve the old-school viewing experience they promise by keeping the shows close to their original running times. Both MeTV and Antenna TV carry only 12 minutes of commercial time per hour — with about half going to local affiliates. The major networks run about 18 minutes per hour, and many cable networks currently run as much as 21 minutes.

“It’s a good business, but it’s a small niche business that has its limits,” Sabin said. “There are no subscriber fees from cable, and the commercial inventory is really limited.”

Without big promotional budgets, they depend largely on programming stunts, such as themed episode marathons, to get viewers to notice them.

Compton said he personally obsesses over which holiday episodes of Antenna TV’s series to run, as the network tends to get sampling on Thanksgiving and Christmas, when families watch together.

Having an audience of high-profile TV enthusiasts helps too. On April 5, MeTV is turning over its prime time to “Breaking Bad” creator Vince Gilligan, a major MeTV fan. On a special night called “Vince Gilligan’s Island of MeTV,” he will introduce his favorite episodes of “The Twilight Zone” and other series with the help of “Better Call Saul” star Bob Odenkirk.

Compton said the emotional bond that classic TV viewers have with their old favorites can be powerful.

“You wouldn’t believe how many emails we get every time we rest or move a show’s time period,” Compton said. “When you get 350 messages because you’ve moved ‘Hazel’ from 7 a.m. to somewhere overnight — that’s a high-class problem.”