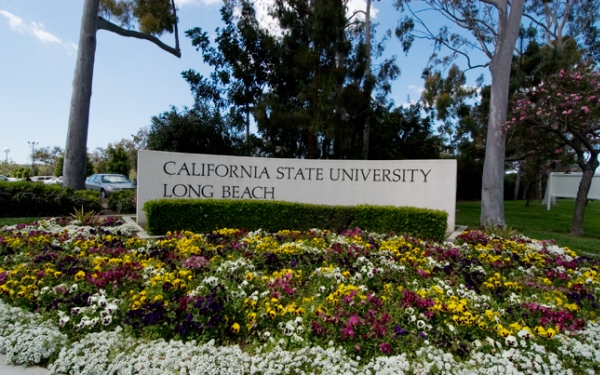 Cal State Long Beach is proposing to add a master of science program next fall in the hot field of hospitality management.
(Credit: csulb.edu)

At Cal State Dominguez Hills, recreation and leisure studies are out and cyber-security is in. The geography major at USC has morphed into a new degree program called spatial studies. And Russian and German language programs at UC Riverside are virtually kaput, while Southeast Asian and Middle Eastern studies are on the rise.

College courses such as English, history and math that form the core of a liberal arts education may be fixed like the North Star, but beyond those, universities are constantly evaluating degree programs and making additions and subtractions to fit needs.

Those changes reveal much about which fields are attracting students, about emerging industry needs and about intellectual breakthroughs that pique the interest of faculty. The trick is to avoid fads — a degree in social media? — while revising the curriculum to reflect new learning and specializations.

"It's a bit like a play where these programs have their moment onstage and then they depart and new fields become strong," said Steven Brint, vice provost for undergraduate education at UC Riverside, who has studied the evolution of programs at four-year colleges and universities.

During the recession, many universities around the country dropped small programs that attracted few majors or were duplicative, with romance languages and literature especially hard hit, Brint said. And increasingly, there's been a shift toward career-oriented programs, even on many UC campuses, such as the recently developed master's in engineering management at Riverside.

But the campus also has added two neuroscience programs, in a field "that has become more vibrant and intellectually very exciting," Brint said.

California State University recently adopted its annual long-range academic plan that includes proposals for 29 new degree programs over the next decade and 17 programs to be discontinued.

Development of new programs at the 23-campus system has fluctuated in recent years. In 2008, just before the onset of the recession, 70 new majors were proposed, while in 2012, a moratorium was placed on new state-funded programs due to budget concerns.

Business- and management-related programs have increased, as have graduate-level courses, which reflect a maturing of what is now the nation's largest university system — formed in 1960 — and as a response to labor market demands, said Christine Mallon, assistant vice chancellor for academic programs and faculty development.

Virtually every campus now has an advisory board that includes business and industry leaders and regional differences drive some programs — Cal Poly San Luis Obispo will offer more agricultural degrees than Cal State L.A. for instance, while Humboldt has many environmental concentrations, Mallon said.

Colleges increasingly see their needs as utilitarian, to get students to graduate and find a job, said Daniel J. Hurley, director of state relations and policy analysis for the American Assn. of State Colleges and Universities.

"As it involves undergraduate programs, I think the days of faculty and even institutional ego take a back seat now," Hurley said. "Institutions need to be much more mindful of the fiscal underpinnings and sustainability of programs."

"We've traditionally worked more with community colleges by virtue of the nature of their mission, but since the recession, students expect to go to college to get access to more opportunities and a better career and that's something universities are starting to consider," Pizzo said.

Cal State Long Beach is proposing to add a master of science program next fall in the hot field of hospitality management, which prepares students to manage finances, facilities and staffing for hotels, restaurants and other industries, provost David Dowell said.

The campus is not set to discontinue any programs but is suspending new admissions for the bachelor's in engineering systems and master's in global logistics, among a few others.

Each change reflects a shift in emphasis, Dowell said. Global logistics, for example, is being replaced by a more focused program called supply chain, a vital field for Southern California's transportation hub.

Ingrid Martin, the incoming director of graduate programs in the college of business, said that although the logistics courses dealt with the movement of goods through various ports, the new program focuses on logistics, purchasing and distribution at the company level -- for example, how Nordstrom moves products from China to sales on its website.

Students are being recruited for the program, which will start with a class of about 25. Similarly, Dominguez Hills hopes to launch its master of science cyber security program in January 2016 with about 20 students who are almost guaranteed to find good positions at Northrop Grumman Corp., the Port of Los Angeles or any number of top tech firms, Provost Ellen Junn said.

The science, technology, engineering and math programs "have become much more popular with students, and especially with the economic downturn, students are looking for degrees with the bachelor of science in the name," Kemnitz said.

USC has leaned toward an entrepreneurial approach in which student and faculty interest dictate new fields, said Steven Lamy, professor of international relations and vice dean for the Dornsife College of Letters, Arts and Sciences.

Programs like the bachelor's in international relations and the global economy reflect interdisciplinary training students are pursuing. But the campus has no interest in tracing popular culture fads for their own sake, he said, and has rarely discontinued programs.

"We try to look at where the world is going and how do we prepare students to be effective leaders," Lamy said.

He acknowledged, though, that the private institution has some luxury in hanging on to programs that may have only a handful of majors. In some cases, programs start out small and catch on.

Narrative studies, which prepares students to write and evaluate content for novels, film and other narrative forms, began six years ago with about 10 or 12 majors, Lamy said. Now, he said, it's one of the campus' fastest-growing programs, with more than 100 majors.