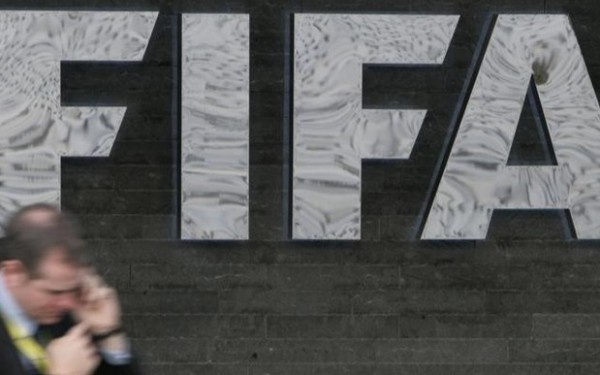 A bipartisan group of 13 U.S. senators has called on FIFA President Sepp Blatter to move soccer's 2018 World Cup out of Russia.

In a letter sent Tuesday and released publicly Wednesday, the lawmakers told Blatter that allowing Russia to play host to the event "inappropriately bolsters the prestige" of Russian President Vladimir Putin's regime "at a time when it should be condemned," according to the Associated Press.

The senators, including Republican John McCain of Arizona and Democrat Richard Durbin of Illinois, also asked FIFA to convene a special meeting to vote on the issue.

According to the letter, more than 40 countries have placed sanctions on Russia. Keeping the World Cup there in three years "provides economic relief," the senators wrote.

Poroshenko told the German newspaper Bild he prefers to keep soccer and politics separate but that this was not possible when top Ukrainian club Shakhtar Donetsk must play its home games more than 700 miles away in Lviv because Donetsk is occupied by pro-Russia separatists.

"I think there has to be discussion of a boycott of this World Cup. As long as there are Russian troops in Ukraine, I think a World Cup in that country is unthinkable," Poroshenko said.

But Poroshenko's proposal had received little international support before this week.

FIFA spokeswoman Delia Fischer rejected calls to strip Russia of the World Cup it was awarded in 2010.

"History has shown so far that boycotting sport events or a policy of isolation or confrontation are not the most effective ways to solve problems," Fischer wrote Wednesday in an email to the Associated Press.

The World Cup, she said, "can be a powerful catalyst for constructive dialogue between people and governments, helping to bring positive social developments.