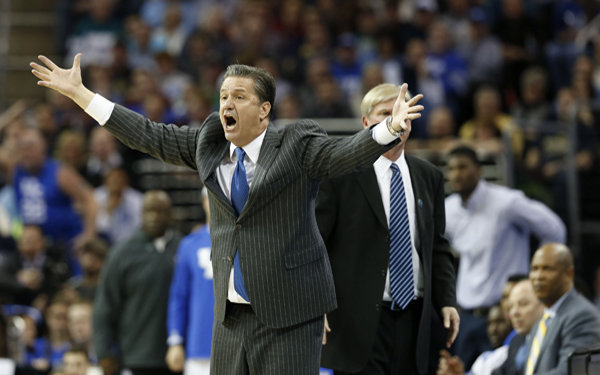 For college basketball, a win in the Elite Eight means more than the chance to play in the penultimate round. The Final Four secures a team’s legacy; it provides a program currency in recruiting; it promises a new banner to drape from the rafters; and, ultimately, the Final Four fulfills the fundamental dream every basketball player and coach has in common.

“It is something we all dream about, but very often dreams come up short,” said John Chaney, Temple University’s historic basketball coach, as he openly cried during a post-game press conference in 2001. His team had just lost in the Elite Eight, marking Chaney’s fifth departure in this precarious round of the tourney. Season after season, for 25 seasons, the Naismith Memorial Basketball Hall of Fame inductee dreamt of securing a Final Four berth—his Holy Grail. But like other crusaders in his profession, the dream fell short. Tom Izzo’s Michigan State, the reigning champions of college basketball at the time, ended Chaney’s dream run. The Temple Owls’ 2001 Elite Eight run was the legendary coach’s last NCAA tournament appearance. Five years later, Chaney retired without a Final Four on his resume. For college basketball coaches, even the most prolific winners fail to deliver their schools the Final Four. The NCAA Men’s Basketball Tournament is afflicted with madness and rarely do the four best teams grace the court on the last weekend.

Since the inception of the tournament in 1939, there have been 297 teams, 150 coaches, and 88 schools that have appeared in the Final Four. Of the 297 teams that have played in the Final Four, only 270 were not led by Mike Krzyzewski, Tom Izzo, John Calipari, or Bo Ryan. Wizards of recruiting and engineers when it comes to preparing a team for March, Coach K(12), Izzo(7), Calipari(6), and Bo Ryan(2) have selfishly amassed 27 Final Four appearances. In a tournament where grit and experience go further than talent and potential, the sage coaches of Duke, Michigan State, Kentucky, and Wisconsin find themselves, yet again, living the dreams of the departed.

The arrival of the one-and-done era was rebuffed by old-school coaches like Mike Krzyzewski and Tom Izzo. In the past, Coach K and Coach Izzo have compromised 5-star talent for recruits that will not hastily declare for the NBA Draft. In this 2014-2015 season, however, Coach K has altered his approach. Duke now boasts a Freshman-laden roster that has the cachet of Calipari’s McDonalds All-Americans. Michigan State, on the other hand, remains a bruising team, which Tom Izzo prefers. Despite the lack of size and athleticism (and the apparent downfall of the Big Ten as a conference), Izzo’s Spartans continue to grind and find ways to make big shots. Valentine and Trice comprise a formidable backcourt, but Duke’s size with Jahlil Okafor at the post will likely prove too much for Michigan State to handle.

Adhering to past precedence, Calipari has once again hoarded the best talent in the nation. A 38-0 record reaffirms Kentucky’s recurring domination. Bo Ryan’s Wisconsin has a Big Three of their own in Kaminsky, Hayes and Dekker. The matchup between both teams’ centers will likely determine this heavyweight bout. Kentucky’s Towns and Cauley-Stein are certifiable rim protectors and future cornerstones of a NBA franchise. Frank Kaminsky, meanwhile, may be the MVP of the college basketball season—he will have to play the game of his life if he hopes to continue his impressive collegiate career (and let’s be real, that’s surely what he plans to do).