Bring on the brave celebrity reveals, which strengthen us all 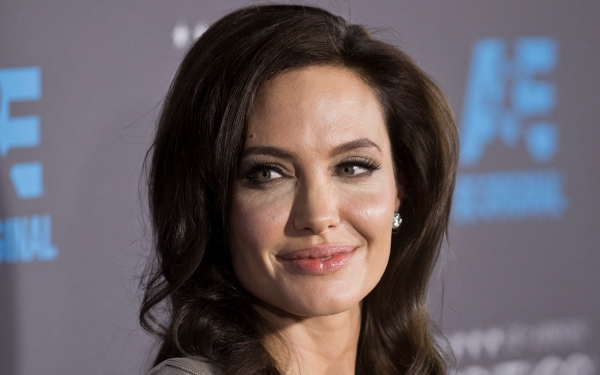 More celebrities revealing painful, complicated parts of their lives that countless women and men endure without the platform or clarity to give voice to them.

More op-eds like the one from Angelina Jolie in a recent edition of the New York Times. The one in which she explains her decision to have her ovaries removed, two years after she wrote about her preventive double mastectomy.

“I am now in menopause,” Jolie wrote in the piece. “I will not be able to have any more children, and I expect some physical changes. But I feel at ease with whatever will come, not because I am strong but because this is a part of life. It is nothing to be feared.”

More essays like the one Ashley Judd wrote for Mic magazine recently about online violence directed at women.

“I am a survivor of sexual assault, rape and incest,” Judd wrote. “I am greatly blessed that in 2006, other thriving survivors introduced me to recovery. I seized it. My own willingness, partnered with a simple kit of tools, has empowered me to take the essential odyssey from undefended and vulnerable victim to empowered survivor.”

Judd was subjected to a series of repulsive tweets — “a tsunami of gender-based violence and misogyny,” she called it — after she had the temerity to weigh in on a March Madness game. She vowed to press charges against the attackers and continues to speak out against the notion that entering a place of public discourse is inviting yourself to be attacked.

“I am handing it back over to those of you who are unafraid to speak out against abuse like I have faced, and those of you who are righteous allies and intervening bystanders,” Judd wrote. “You’re on it. Keep at it — on the Internet, at home, at work and in your hearts, where the courage to tackle this may fundamentally lie. We have much to discuss, and much action to take. Join me.”

But not everyone is a fan of stars telling us their troubles.

It took me less than 30 seconds of reading the more than 300 online comments to find one calling Jolie lucky because she can afford the procedures she writes about.

That’s not an untrue statement. She is, indeed, lucky to make medical decisions without the specter of financial ruin hanging over her head — a terrifying reality for far too many people.

But her silence wouldn’t have changed that reality, and her speaking up may very well save lives.

“I miss the notion of people having private lives,” wrote one commenter. “I am not longing for the days when nobody ever would mention the word ‘cancer’ or the name of another serious disease out of superstition or fear of scandal — just a modicum of quiet, a ‘no comment’ or ‘that’s a personal question that I choose not to answer’ from a public figure.”

I hope we never return to those days. I think an honest reckoning is far better than a modicum of quiet.

It has never been easier for people who inhabit wildly different spheres — who live on separate continents, who speak different languages, who live in the spotlight while the rest of us toil in obscurity — to speak with one another, thanks to the ease and reach of the Internet, in general, and social media, in particular.

I want more truth. More brave unpacking of the multiple layers of our lives — celebrities and common folks, alike. More reminders that we are more than our looks, our acting ability, our waist size, our sports allegiance.

More voices educating us and guiding us and humanizing us. More, please.